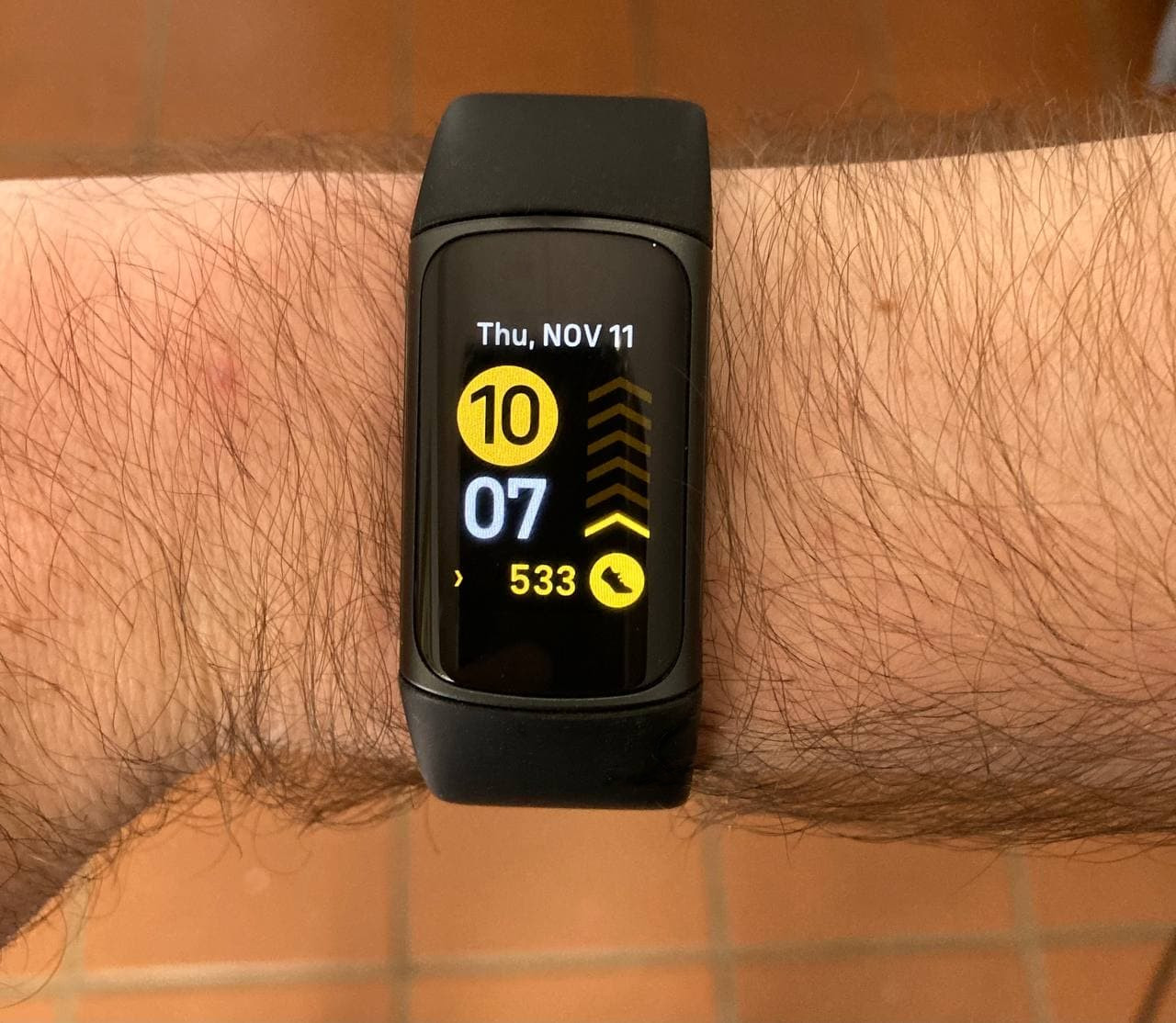 Fitbit’s upgrade of its most popular fitness model, the Fitbit Charge 5, features an OLED colour screen, new sensors to help one keep a finger on more than just the pulse, and a case redesign.

The new fitness tracker features an aluminium body for the first time instead of the plastic resin cases of the previous generations. There are no more buttons on the device, and it’s controlled exclusively from taps and swipes on its main display. The removal of the button creates a new symmetry that adds to the improved aesthetic of the device. There are two metal plates on either side of the tracker for the electrodermal activity (EDA) and electrocardiogram (ECG) sensors.

Fitbit says the Charge 5 is 10% thinner than the Charge 4, making it less intrusive and more comfortable to wear to bed. The silicone band also feels softer than previous generations, so it contours better around one’s wrist.

The new screen is a 1.04” AMOLED touch screen, a major upgrade from the greyscale of its predecessors. The screen is bright enough to view in bright sunlight, making it great for daytime runners. It also has always-on display (AOD) functionality, which enables users to glance at the time without waking up the tracker. As with all wearables, battery life is impacted heavily by AOD being on.

With AOD off, however, Fitbit still leads battery life with its trackers. We got just over 6 days with GPS tracking enabled on three 45-minute workouts. This dropped to three days with AOD turned on.

One of the biggest upgrades is the expanded sensor set. The Charge 5 is the first tracker to house an EDA and ECG sensor, in addition to the typical heart rate, temperature, and SpO2 sensors seen in previous generations. The EDA sensor makes use of changes in skin sweat during a measurement to detect changes in body stress – a technology Fitbit is pioneering. As someone who knows when they’re stressed, I can attest that the sensor works well — good news for those who don’t know when they’re stressed.

A frustrating quirk of the device is the inability to take SpO2 and temperature readings on-demand. They’re taken either while one sleeps, which takes the guesswork out of reading consistency, but reduces user choice.

When bringing the device close to an Android device, the Charge 5 is available to pair via Google Fast Pair. This shows a pairing prompt on the nearby Android phone, and downloads the Fitbit app if it’s not installed. This is similar to the level of convenience Apple users have with pairing an Apple Watch to an iPhone.

Taking the device out for a run shed a lot of light on the new design. Several users have reported that location accuracy is impaired if the device is worn too tightly during a GPS-tracked activity. What’s worse, Fitbit recommends one wears their tracker as snug as possible during a workout for better heartrate tracking, so it’s a choice between accurate heart rate or accurate exercise mapping. An easy fix for this is to take a connected smartphone along for a run, but that defeats the purpose of integrated GPS.

On the bright side, users can leave their wallets at home if they have the Charge 5 on-wrist. Fitbit Pay is supported by all the big banks, except Capitec and Standard Bank. The process of paying with the tracker is straightforward, with a swipe down and a tap.

Overall, the Charge 5 is one of Fitbit’s most feature-packed trackers, but it still needs some of its bugs worked out, ideally via software updates.

Gadget of the Week: Sonos hits the right note