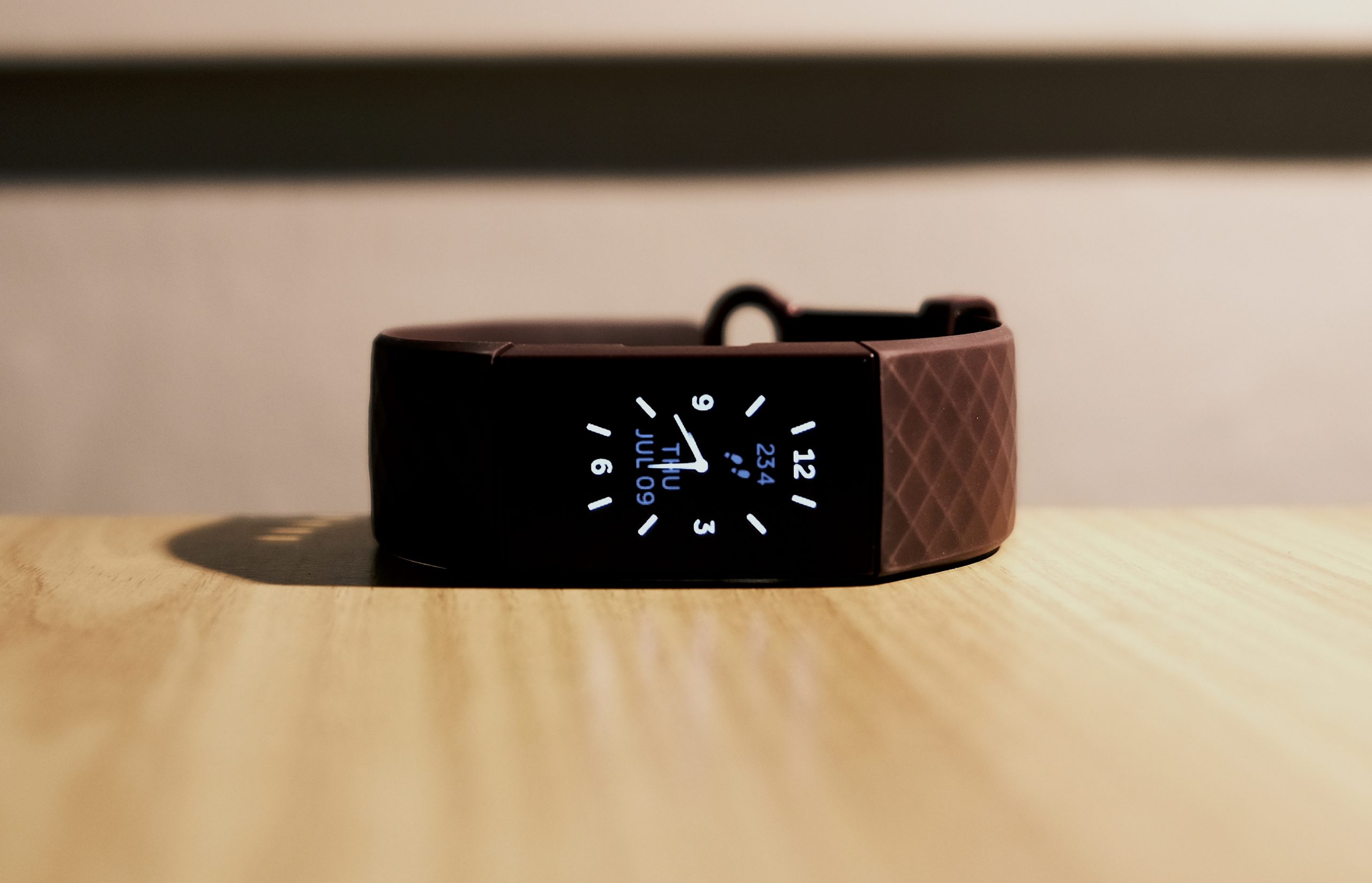 Being stuck inside during lockdown can give one more time to start new projects, as all of those New Year’s Resolutions turn into Lockdown Resolutions. One of the most common is promising oneself to become healthier, whether it be through exercise, dietary changes, or both. Thankfully, Fitbit can help with both.

Along with the overall design remaining the same, Charge 3 bands are compatible with the Charge 4, which is good news for Charge 3 users wanting to upgrade. The Charge 4 keeps the same 1-inch greyscale touchscreen as the Charge 3. To keep this form factor water-resistant, Fitbit did away with the side button in favour of a haptic pressure button. Similarities aside, the Charge 4 has undergone a huge internal overhaul.

The most dramatic change is the built-in GPS, which makes the Charge 4 the first Fitbit tracker to house a GPS. Going for a run and tracking it is now a lot more convenient, because the Fitbit no longer needs to be tethered a phone’s GPS.

Fitbit says the Charge 4’s battery lasts around 5 hours when using the GPS continuously, which makes it ideal for a casual runner. While I’m far too unfit to go for a 5-hour continuous run, it was tested with a series of four 45-minute runs, and the battery lasted just over 4 days. Without using the GPS function, one can expect a 7-day battery life.

For those who want to run longer, one will need to take a smartphone along to use the Connected GPS feature. This makes use of the smartphone’s GPS for position tracking, instead of the Fitbit’s built-in GPS.

If you don’t mind taking your phone along for a run, the Charge 4 also features Spotify Connect and Control, which allows you to change Spotify tracks and playlists from the Fitbit. This feature works great along a run but also proved useful for controlling music when doing other activities, like cooking where the phone is out of reach.

This feature is for controlling Spotify playback on other devices only – which is not as convenient as the Deezer download feature on Fitbit Versa smartwatches. If you want to have music offline (stored on the wearable) with GPS tracking, the Versa 2 may be a better option. (Arthur Goldstuck raved about it. See his review here.)

While you might need to bring your phone, you won’t need your bank card. The Charge 4 features Fitbit Pay, which allows users to make payments with the tracker at almost any merchant that supports Tap-to-Pay/Tap-and-Go/PayWave. This is extremely useful when shopping during the COVID-19 pandemic, because transactions made with Fitbit Pay don’t need pin entry (meaning one less frequently-touched surface one doesn’t have to touch). To activate it, one must hold in the button until the card symbol appears on the screen, then hold the tracker near the card reader.

A new set of features have been pushed the Charge 4 in an update recently, which includes Smart Wake – a feature that was made popular in the Versa smartwatch range and which wakes one up in the lightest stage of sleep.

Overall, the Charge 4 is a fantastic choice for those who don’t want the smartwatch form factor but want smartwatch features, like built-in GPS and Spotify control.