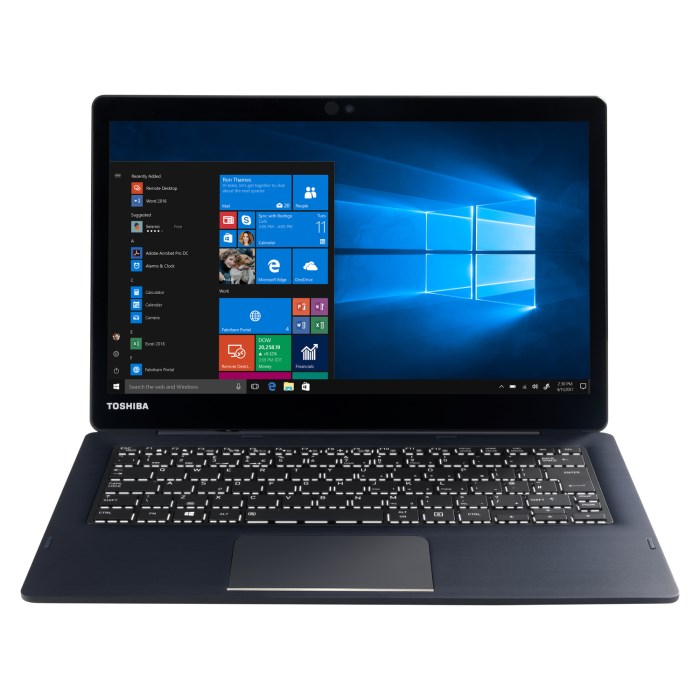 Dynabook Europe has announced the Portégé A30-E – a lightweight, reliable and durable business laptop, combining the latest in security and connectivity features for the mobile worker. Designed for the mid-market, enterprise, education and public sector segments, the A30-E continues momentum for the new Dynabook brand, following the recent launch of the cutting-edge Portégé X30-F and Tecra X40-F.

It is designed for productivity, usability, and portability, featuring a thin form factor and weighing 1.2kg. A bright non-glare screen makes it highly legible in bright lighting conditions, with the option of low-energy Full HD to deliver higher screen brightness. Dynabook says it features up to 14 hours of battery life and accurate control via the Precision Touchpad, while a fast boot-up enables work to begin in seconds. Developed for the durability and reliability required by today’s mobile workforce, the A30-E has been manufactured to stringent Dynabook standards. These rigorous and military-grade assessments include drop, high and low temperature, and humidity tests.

It safeguards business-critical information with extensive built-in protection, making it straight forward to manage device security at all levels. Central to this is Dynabook’s BIOS, engineered in-house for maximum security, alongside Trusted Platform Module (TPM), which enables ports to be configured to the level of accessibility necessitated by the enterprise. The laptop’s broad range of authentication features ensures that there need not be any concerns about data falling into the wrong hands. The BIOS and SSD can be secured with a single sign-on biometric authentication, while an optional smartcard and two-factor authentication, featuring IR-based Windows Hello and an in-built fingerprint reader, further bolsters the laptop against data breaches.

It offers a host of cutting-edge connectivity features and the ability to link with a wide range of peripherals, thanks to its flexible USB Type-C port. If there is a need to connect to a greater number of peripherals, the optional USB-C dock enables this with a rapid and simple one-click connection. For presentations, the device boasts an HDMI video port, while an optional USB-C dongle adds the possibility of VGA connectivity. The Gigabit LAN port facilitates a straightforward and rapid internet connection, while an Intel Dual Band Wireless-AC 8265 Wi-Fi Antenna configuration ensures optimum WLAN signal, minimising the chance of a dropped connection or downtime.

Despite a lightweight and ergonomic form factor, it packs the performance required to support the workforce – whether on the move or in the office. The device offers a wide range of SSD types and capacities – up to 1TB PCIe SSD – to suit varying business and budgetary requirements. Users can also enjoy enhanced performance power and the capacity to run multiple applications simultaneously with an up to 8th Generation Intel Core i7 vPro processor.

“The arrival of the Portégé A30-E again underlines dynabook’s expertise in providing robust, yet practical, devices for the B2B space, which are designed for portability, without conceding on performance or power,” said Damian Jaume, managing director of Dynabook Europe GmbH. “We know working practices are transforming and we strive to ensure our technology matches to those shifts. The Portégé A30-E epitomises this, delivering the engineering expertise and advanced features to support new ways of working – at an affordable price point”.

The Portégé A30-E will be available in South Africa from September 2019.

Firefox encrypts all web history in US

Firefox has received a serious upgrade to encrypt communications with the Domain Name System to stop other agents from tracking where users go on the web. 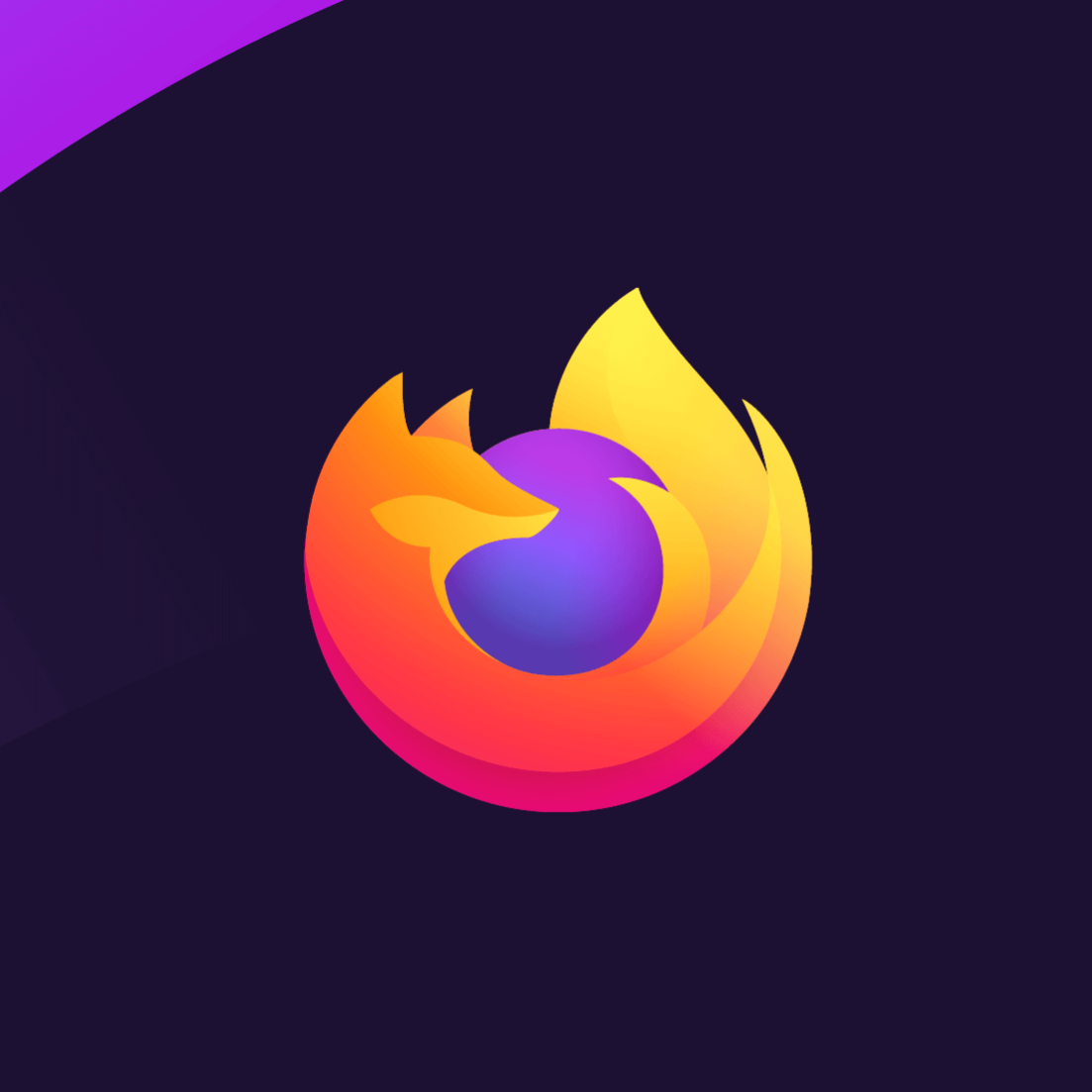 Firefox has begun the rollout of encrypted DNS over HTTPS (DoH) by default for US-based users. The rollout will continue over the next few weeks to confirm no major issues are discovered as this new protocol is enabled for Firefox’s US-based users.

If you’re outside of the US and would like to enable DoH, you can do so by going to Settings, then General, then scroll down to Networking Settings and click the Settings button on the right. Here you can enable DNS over HTTPS by clicking, and a checkbox will appear. By default, this change will send your encrypted DNS requests to Cloudflare.

Users have the option to choose between two providers — Cloudflare and NextDNS — both of which are trusted resolvers. Go to Settings, then General, then scroll down to Network Settings and click the Settings button on the right. From there, go to Enable DNS over HTTPS, then use the pulldown menu to select the provider as your resolver.

A little over two years ago, Firefox began work to help update and secure one of the oldest parts of the internet, the Domain Name System (DNS). To put this change into context, a description of how the system worked before DoH is needed.

DNS is a database that links a human-friendly name, such as www.mozilla.org, to a computer-friendly series of numbers, called an IP address (e.g. 192.0.2.1). By performing a “lookup” in this database, your web browser is able to find websites on your behalf. Because of how DNS was originally designed decades ago, browsers doing DNS lookups for websites — even encrypted https:// sites — had to perform these lookups without encryption.

Because there is no encryption, other devices along the way might collect (or even block or change) this data too. DNS lookups are sent to servers that can spy on your website browsing history without either informing you or publishing a policy about what they do with that information.

At the creation of the Internet, these kinds of threats to people’s privacy and security were known, but not being exploited yet. Today, many know that unencrypted DNS is not only vulnerable to spying, but is being exploited. As a result, Firefox will now be performing DNS lookups in an encrypted HTTPS connection. This helps hide your browsing history from attackers on the network, and helps prevent data collection by third parties on the network that ties your computer to websites you visit.

Since Firefox’s work on DoH began, many browsers have joined in announcing their plans to support DoH, and major websites like Facebook have moved to support a more secure DNS.

Firefox says it will continue to explore enabling DoH in other regions, and is working to add more providers as trusted resolvers to its program.

At a press conference in Barcelona yesterday, Huawei unveiled a new range of devices, including a foldable smartphone called the Mate Xs and a new professional facing tablet with a stylus, called the MatePad Pro.

The tablet has a strong resemblance to the 11-inch iPad Pro, but has slimmer bezels than that of Apple’s tablet. The MatePad Pro features a 10.8-inch AMOLED display at 2560 x 1600 pixels. It also has 540 nits of brightness and a DCI-P3 colour gamut.

The rear camera is a 13MP sensor, which is ideal for document scanning and shows Huawei’s research and development has paid off with this device. It also features an 8MP camera on the front, making it great for video conferencing.

The MatePad Pro 5G has Wi-Fi 6 and, of course, 5G built-in, which makes it a connectivity powerhouse for those who want to do latency-sensitive tasks like online gaming or video conferencing.

Like the professional tablets out there, it supports a stylus called the M-Pen, which performs on par with the Apple Pencil and S-Pen. It can provide a user with up to 4096 points of pressure sensitivity, so drawings made on the tablet will closely resemble drawings made on real-life media.

It houses a 7250 mAh battery with 40W Huawei SuperCharge, and it also supports 15W wireless charging. To top all of that, it features 7.5W reverse wireless charging, in case a user needs some extra battery life on their phone and doesn’t have a power source available.

The only thing missing is, you guessed it, Google Mobile Services. That means users won’t be able to use Google services like Gmail, Play Store, YouTube, among many others. What it does come with is Huawei Mobile Services, which runs most of the apps one would need anyway.

The MatePad Pro will be available in four colour variants: Black, Green, Orange, and White.

The tablet is set to go on sale on 12 December. However, this is only for China and there’s no information on international availability.