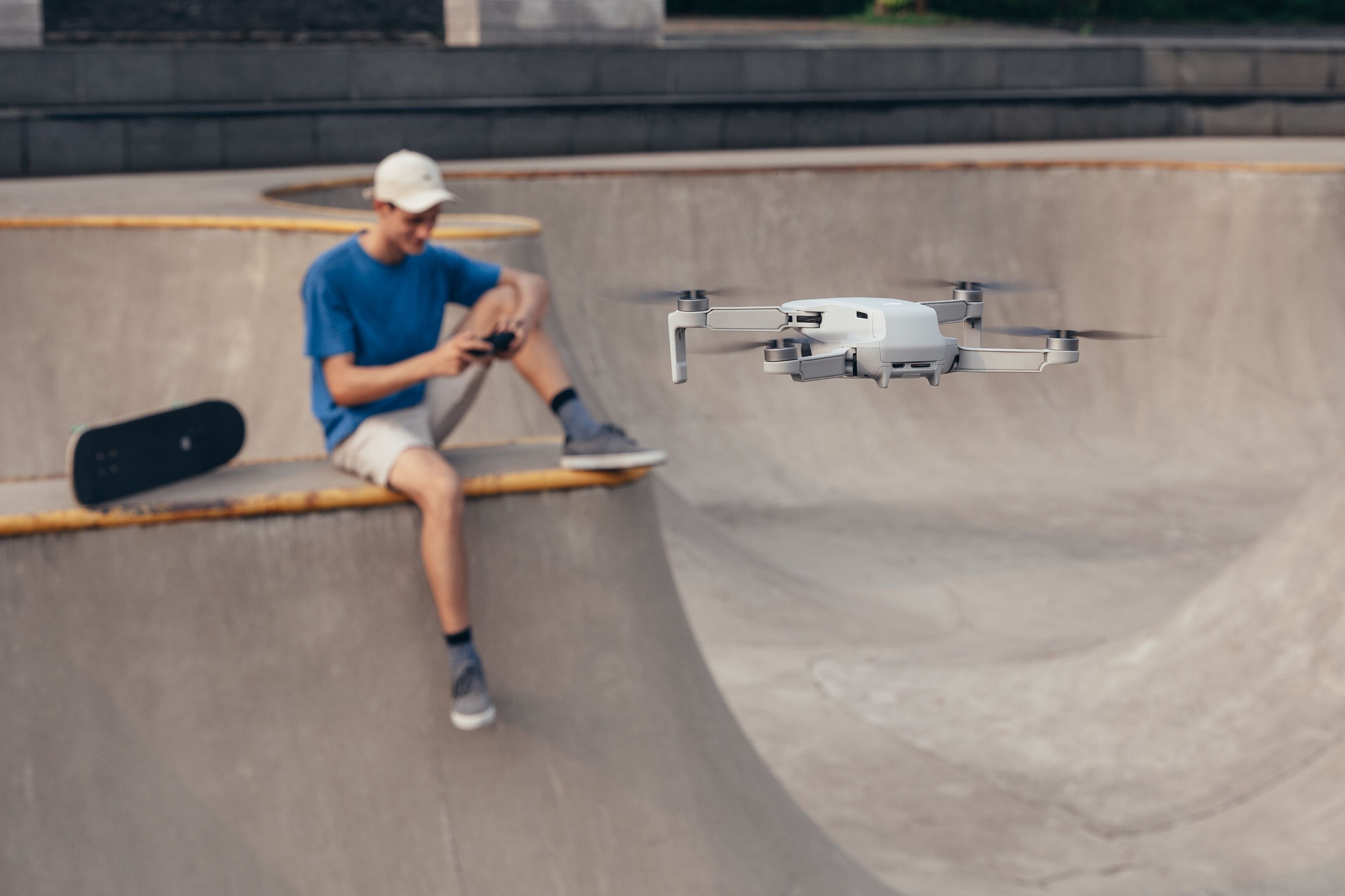 DJI, the global leader in civilian drones and aerial imaging technology, says it is opening a new frontier in drone possibilities. Today it launches the DJI Mavic Mini, an ultra-light folding drone designed to be the everyday FlyCam. Weighing 249 grams, Mavic Mini is highly-portable, designed for safety and a good starting point for those who want to experience the fun of flying drones.

The Mavic Mini joins DJI’s series of folding Mavic drones, from the original Mavic Pro through Mavic Air and Mavic 2, packs professional-quality drone features into the lightest possible frame. That puts Mavic Mini in the safest drone category, which in many areas exempts it from regulations that apply to other, heavier drones. That said, drone pilots must always understand and follow local laws and regulations.

Mavic Mini’s high-grade camera captures footage in high definition, and its new DJI Fly app’s suite of creative features can transform photos and videos into professional-quality productions. Its stable flight performance provides more opportunities to explore using one of the longest flight times for a drone of its size.

“To design a drone as lightweight, compact yet capable as Mavic Mini was one of the most challenging projects we’ve ever tackled at DJI,” says Roger Luo, president of DJI. “Distilling top-of-the-line features into a palm-of-your-hand drone is the culmination of years of work, and we are ecstatic to bring a new class of drone to the DJI lineup. Mavic Mini’s long flight time, ultra-light weight and high-quality camera makes it DJI’s everyday drone–and most importantly, it’s easy to fly, no matter your experience level with drones.”

It is the smallest and lightest DJI drone has made, and is a great creative tool for life’s daily adventures, which is useful for capturing views from another perspective. Mavic Mini incorporates DJI’s renowned safety technology, including geofencing to help drone pilots avoid restricted areas; AeroScope remote identification to help protect sensitive locations; built-in altitude limits; and automatic return to the launch point if the drone loses connection to the controller or reaches critically low battery level.

The mini drone is the first DJI drone to weigh below 250 grams, which aviation regulators around the world consider to be the safest category for drone flight. In many countries, drones below 250 grams are considered safe, but users should consult their country’s drone laws and regulations to learn more about what they can do with their Mavic Mini.

Created to be the drone for everyone, especially those new to drones, DJI says the Mavic Mini is simple to operate and fly using the dedicated remote controller. It packs with up to 30 minutes of flight time, giving users more time to explore and capture content.
A Wi-Fi transmission signal [[1]] delivers stable control and an HD live feed for a clear, confident flying experience. GPS receivers and downward visual sensors detect the ground below Mavic Mini, enabling precise hovering, stable flying and accurate landing both indoors and out.

Mavic Mini offers pilots the ability to capture high-quality footage including 2.7K video at 30fps, 1080p at 60 frames per second, or 12-megapixel photographs using the 1/2.3-inch sensor. A three-axis motorized gimbal supports and stabilizes the camera, ensuring the footage is smooth and cinematic.

It features the following shooting modes:

Mavic Mini will be available in the second half of November at authorized retailers and partners. Mavic Mini will come in two purchase options, the standard version which includes Mavic Mini, remote controller, one battery, extra propellers and all necessary tools and wires for R7199.

The Mavic Mini Fly More Combo which includes all of the components from the standard version with the addition of the 360° Propeller Cage, Two-Way charging Hub, three batteries in total, three sets of extra propellers and a carrying case for the price of R9199.

For additional information on both Mavic Mini and its accessories, please visit: www.dji.com/mavic-mini