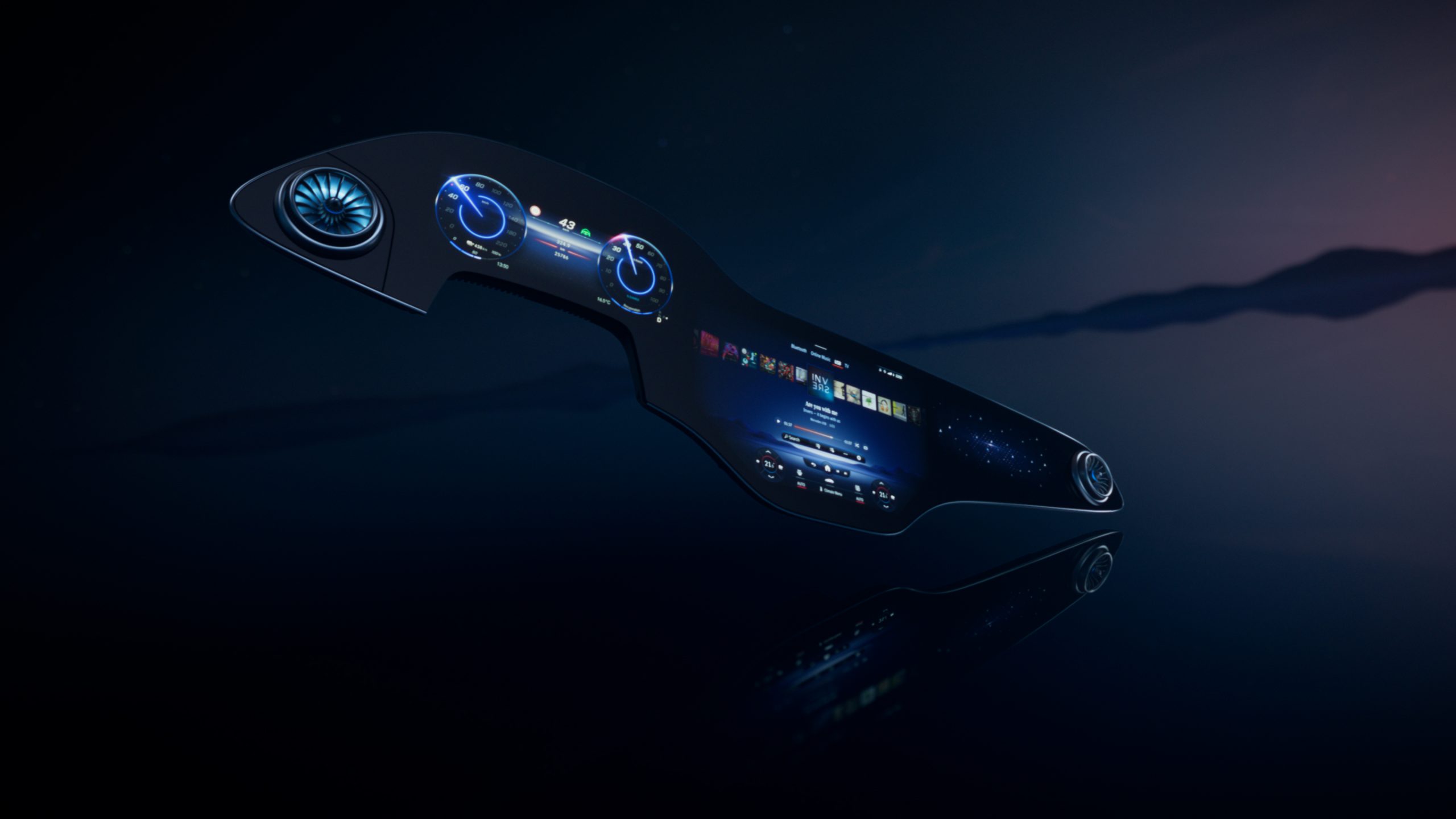 The Mercedes-Benz Hyperscreen, showcased at CES 2021

LG Display made up for the absence of its walls of TV monitors – usually among the highlights of CES – with a fascinating range of use cases of transparent OLED displays. The technology allows one to see beyond the screen, but without compromising clear image quality that does not rely on backlights.

LG showcased a Smart Bed, featuring a frame that can be moved to the foot of a bed. At the push of a button, a 55-inch Transparent OLED display rises from its frame to show information or TV content in various screen ratios, Immersive Cinematic Sound OLED (CSO), embedded in the frame, means external speakers aren’t needed either.

The second use case, a Restaurant Zone, showed how a sushi bar can utilise a 55-inch transparent OLED display to deliver information with clear image quality while maintaining a connection between people on both sides of the screen.

Finally, a virtual train carriage showed how passengers may look outside through the transparent display that has replaced a traditional window. Its high transparency enabled by OLED means passengers can still watch the passing scenery while viewing clear information, such as subway line maps, weather information, and other news.

The standout laptop component at CES really did stand out – right outside the machine. The Flow X13 is a lightweight gaming laptop with an extra graphics processing unit (GPU) on the outside, up to a GeForce RTX 3080 GPU, linked via USB-C over a PCIe interface. It’s called an eGPU, for external GPU, and allows for the high-powered two-in-one 13” laptop to weigh in at 1.3kg.

On the inside, it houses the most powerful gaming GPU on mobile, an Nvidia GeForce GTX 1650, usually built into desktop PCs. The main processor is an 8-core AMD Ryzen 9 5980HS CPU, providing high gaming performance. The laptop is only 15.8mm thin, and a 360° hinge allows it to convert from laptop to stand, tent or tablet mode. This can be expected to be one of the most expensive laptops in the world in 2021, but tells us what is possible in portable gaming.

Last year a rollable TV screen at CES, this year a rollable phone. We know longer ask the question: What will LG think of next? Rather: What will it do with its latest format? Sooner or later, one of these novelties will storm the world with use cases and solutions that suddenly become obvious. The most likely application would be to provide a much larger screen in the same size factor as current smartphones, along with multiple formats based on different roll-out lengths. As shown by the transition from TV to smartphones, rollable screens now have the potential to be used in numerous sizes, settings and devices.

Click below to read on about the best health tech, robot and automotive tech.

Continue Reading
You may also like...
Related Topics:CES 2021, featured, Goldstuck on Gadgets

Worst of CES: The strange, the bad, and the ugly
Cloud: Cluttered, confusing and in need of compliance