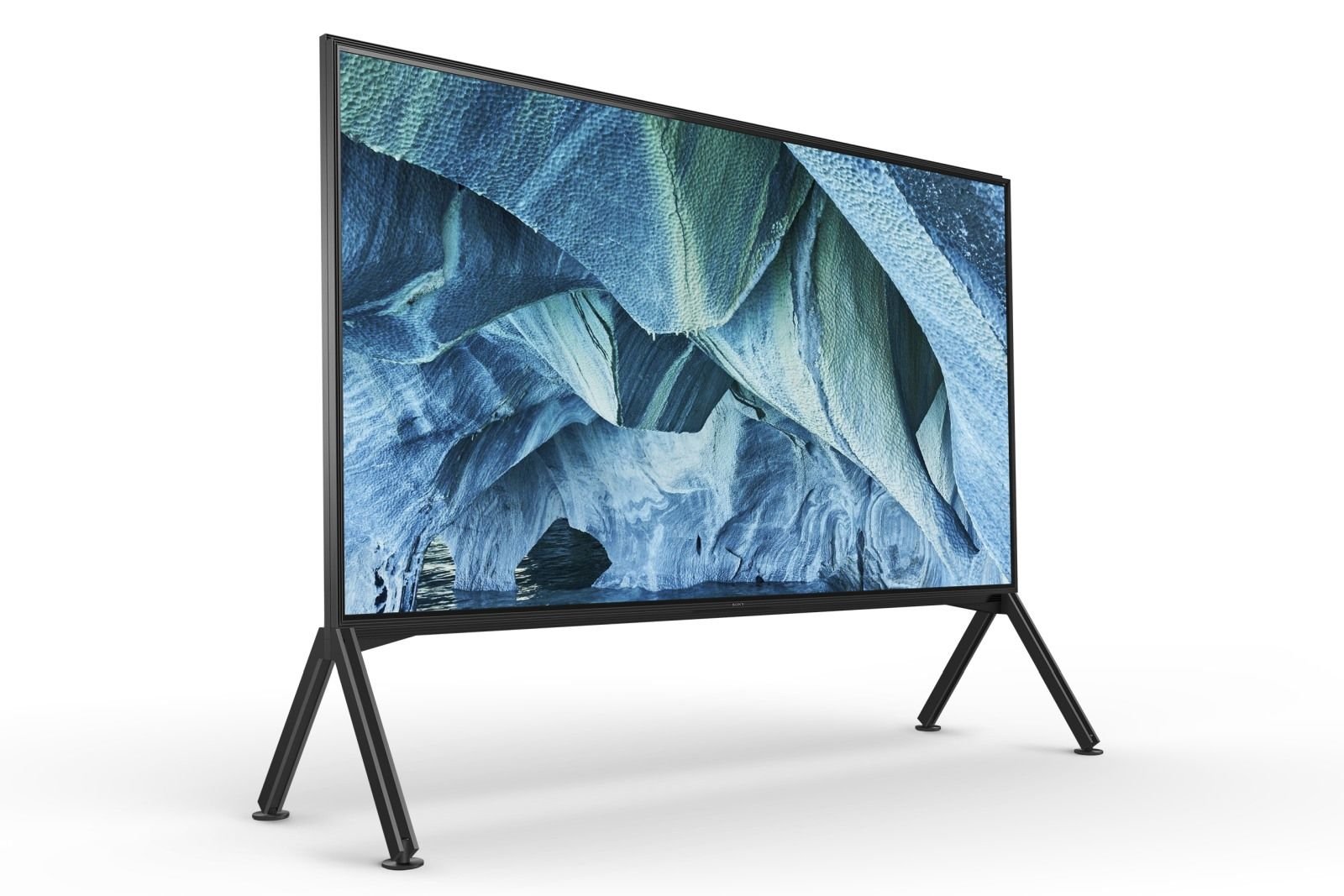 Larger TVs, it believes, are becoming more popular, and Sony’s goal with delivering new Z9G 98″ and 85″ class (97.5″ and 84.6″ diagonal) TVs is to maximise the super-large screen experience in the living room. In order to deliver premium picture quality in such extra-large screens, Sony is introducing extra resolution with its first consumer 8K television. With twice the number of horizontal lines and vertical lines, 8K provides four times the pixels of 4K (or 16 times the resolution of HD). This higher resolution results in a more immersive viewing experience, as 8K resolution means the larger-sized TVs look great up close with virtually no pixel differentiation.

Experts know that picture quality is not only about resolution. As screen sizes get larger, the processor plays an even more critical role in delivering premium picture quality. Using a proprietary algorithm, Sony’s Picture Processor X1 Ultimate has been optimised to handle the 33 million pixels of 8K. The same processor also enables the newly developed 8K X-Reality PRO to upscale any content using a new, dedicated 8K database for reference, resulting in more precise, detailed upscaling.

With a long history and expertise in developing professional cameras and monitors, Sony says, it recognises that “precision in constructing fine signal processing components results in an immediately visible difference to the whole image”.

In addition, new 8K technologies have been developed for the Z9G series, including a Backlight Master Drive feature with full-array local dimming and 8K X-tended Dynamic Range PRO. The Backlight Master Drive on the Z9G has ultra-dense LED modules that are independently controlled, delivering contrast with punchy brightness and pitch blacks. To optimise this backlight system, 8K X-tended Dynamic Range PRO uses the saved energy to boost brightness in the areas where it is needed.

Accurate sound position is another key factor as TVs get larger, says Sony:

“Taking the experience gained from its OLED Acoustic Surface Audio, Sony has expanded the concept to the Z9G LCD TV with Acoustic Multi-Audio. To deliver the Sound-from-Picture Reality experience, the new Acoustic Multi-Audio on the Z9G uses four front-facing speakers—two on the bottom and two on the top—to deliver a faithful sound position. Viewers will hear the sound coming from the screen, and not where the speaker is located. In addition, the Z9G has a TV Center Speaker Mode for people who have a home theatre setup, whereby the TV becomes the centre speaker. The sound experience is also enhanced by the TV’s compatibility with Dolby Atmos1, which adds a wide, rich sound field.”

The Z9G also features X-Wide Angle to ensure the picture retains its quality regardless of the viewing angle. This feature enables a wider viewing angle that reduces colour shifts when viewing the screen off-axis, so colours stay true no matter the viewer’s position, while X-Motion Clarity minimises motion blur without sacrificing screen brightness.

Previous Page1 of 2Next Page
Related Topics:CES 2019featuredSony
Up Next

CES: These gadgets were voted coolest of the cool

CES: Now for a foldable phone – and tablet