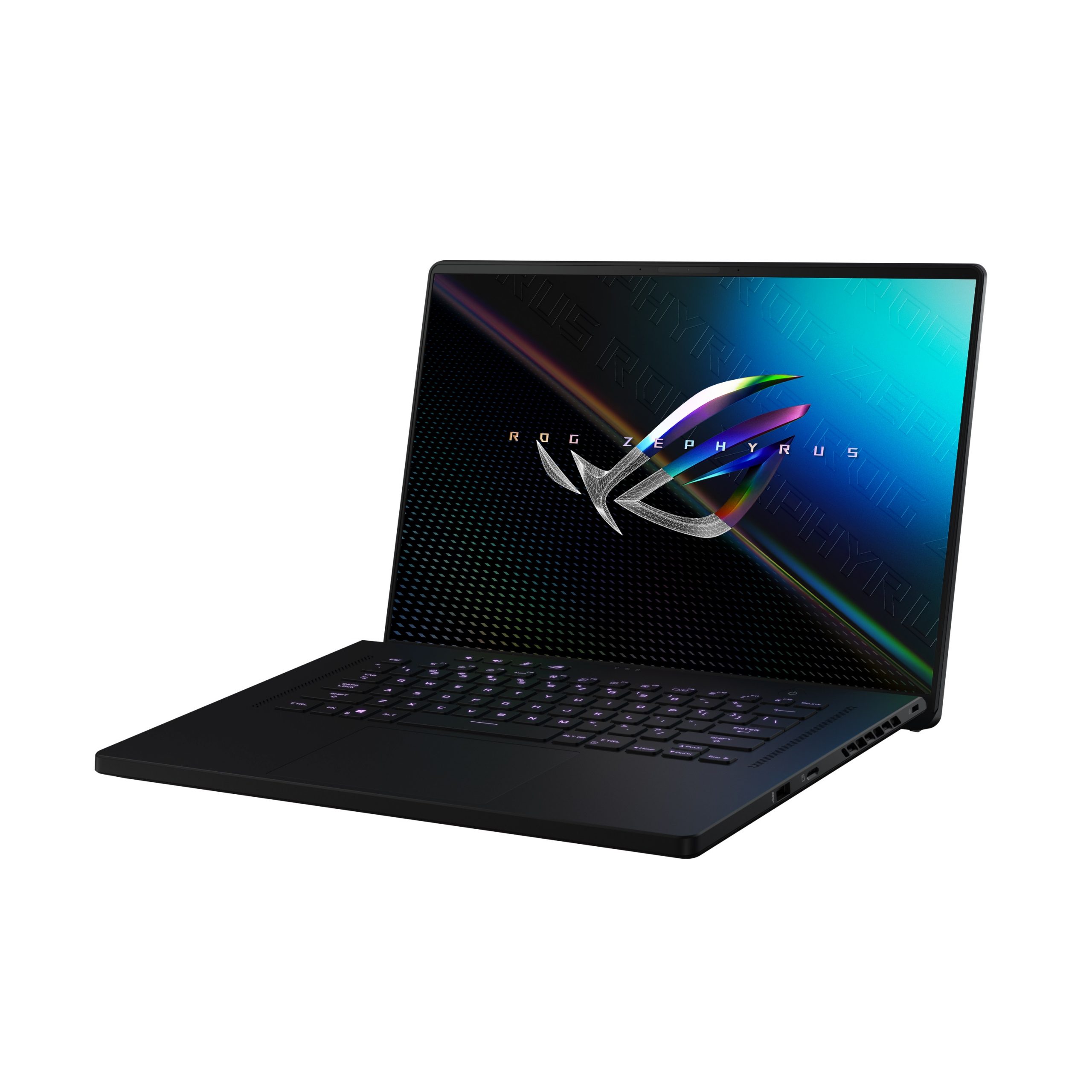 The GeForce RTX 3050 and RTX 3050 Ti Laptop GPUs bring RTX enhancements and performance, and the updated TUF and ROG laptop lineups offer these GPUs in a diverse range of designs to suit different needs.

ROG laptops pair the GeForce RTX 3050 and RTX 3050 Ti Laptop GPUs with the latest generation of CPUs, including 11th Gen Intel Core and AMD Ryzen 5000 Series processors. ROG Intelligent Cooling technologies help to extract maximum performance from these cutting-edge platforms. A patented process applies a liquid metal thermal compound to accelerate heat transfer away from the CPU. New Arc Flow fans have tips that follow an aerodynamic wave pattern to reduce turbulence, and with 0dB Technology, they can turn off completely when CPU and GPU temperatures are low. These additions combine with other cooling upgrades to deliver high FPS in the latest games, remain quiet even as the fans engage, and stay cool under users’ fingertips.

Zephrus laptops also feature the new RTX laptop GPUs, with either an 11th Gen Intel Core or 5000-series AMD processors. In the Zephyrus M16, the RTX 3050 Ti runs at up to 1585MHz at 60W with ROG Boost, with another 15W available from Dynamic Boost.

The new ROG Strix G15 and G17 offer high frames per second (FPS) in games, while Adaptive-Sync displays up to 300Hz immerse gamers in the action. The RTX 3050 Ti runs at up to 1795MHz at 80W with ROG Boost, with another 15W available from Dynamic Boost, while the RTX 3050 clocks up to 1840MHz and 80W with ROG Boost and can draw another 15W when Dynamic Boost is engaged.

For more information on the new laptops, visit https://www.asus.com/za/

What to look for in a gaming monitor in 2021