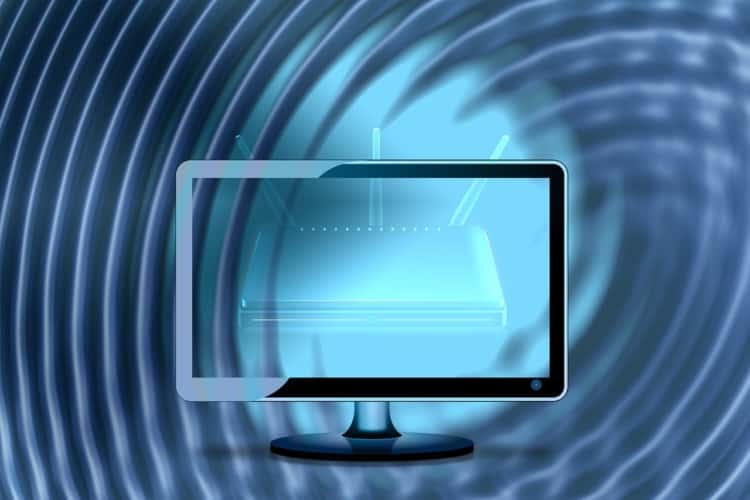 A new form of magnetic interaction which pushes a formerly two-dimensional phenomenon into the third dimension could open up a host of exciting new possibilities for data storage and advanced computing, scientists say.

In a new paper published in the journal Nature Materials, a team led by physicists from the University of Glasgow describe how they have been found a new way to successfully pass information from a series of tiny magnets arrayed on an ultrathin film across to magnets on a second film below.

Their breakthrough adds both a literal and metaphorical extra dimension to ‘spintronics’, the field of science dedicated to data storage, retrieval and processing, which has already had a major impact on the tech industry.

Anyone who’s ever played with a pair of magnets understands that opposites attract – the south pole of one magnet attracts the north pole of the other. While that’s true at the scale most people are familiar with, the way magnets interact with each other undergoes some significant changes as magnets shrink.

At the nanoscale – where magnetic materials can be just a few billionths of a metre in size – magnets interact with each other in strange new ways, including the possibility of attracting and repelling each other at 90-degree angles instead of straight-on.

Scientists have already learned how to exploit those unusual properties to encode and process information in thin films covered in a single layer of nanoscale magnets.

The benefits of these ‘spintronic’ systems – low power consumption, high storage capacity, and greater robustness – have made invaluable additions to technology such as magnetic hard disk drives, and won the discoverers of spintronics a Nobel prize in 2007.

However, the functionality of magnetic systems used today in computers remains confined to one plane, limiting their capacity. Now, the University of Glasgow-led team – along with partners from the Universities of Cambridge and Hamburg, the Technical University of Eindhoven and the Aalto University School of Science – have developed a new way to communicate information from one layer to another, adding new potential for storage and computation.

Dr Amalio Fernandez-Pacheco, an EPSRC Early Career Fellow in the University’s School of Physics and Astronomy, is the lead author on the paper. He said: “The discovery of this new type of interaction between neighbour layers gives us a rich and exciting way to explore and exploit unprecedented 3D magnetic states in multi-layered nanoscale magnets.

“It’s a bit like being given an extra note in a musical scale to play with – it opens up a whole new world of possibilities, not just for conventional information processing and storage, but potentially for new forms of computing we haven’t even thought of yet.”

The inter-layer transmission of information the team has created relies on what is known to physicists as chiral spin interactions, a type of magnetic force that favours a particular sense of rotation in neighbour nanoscale magnets. Thanks to recent advances in spintronics, it is now possible to stabilize these interactions within a magnetic layer. This has for instance been exploited to create skyrmions, a type of nanoscale magnetic object with superior properties for computing applications.

The team’s research has now extended these types of interactions to neighbouring layers for the first time. They fabricated a multi-layered system formed by ultra-thin magnetic films separated by non-magnetic metallic spacers. The structure of the system, and a precise tuning of the properties of each layer and its interfaces, creates unusual canted magnetic configurations, where the magnetic field of the two layers forms angles between zero and 90 degrees.

Unlike in standard multi-layered magnets, it becomes easier for these magnetic fields to form clockwise configurations than anticlockwise ones, a fingerprint that an interlayer chiral spin interaction exists in between the two magnetic layers. This breaking of rotational symmetry was observed at room temperature and under standard environmental conditions. As a result, this new type of interlayer magnetic interaction opens exciting perspectives to realise topologically complex magnetic 3D configurations in spintronic technologies.

The team’s paper, titled ‘Symmetry-Breaking Interlayer Dzyaloshinskii-Moriya Interactions in Synthetic Antiferromagnets’, is published in Nature Materials. The research was funded by the Engineering and Physical Sciences Research Council.