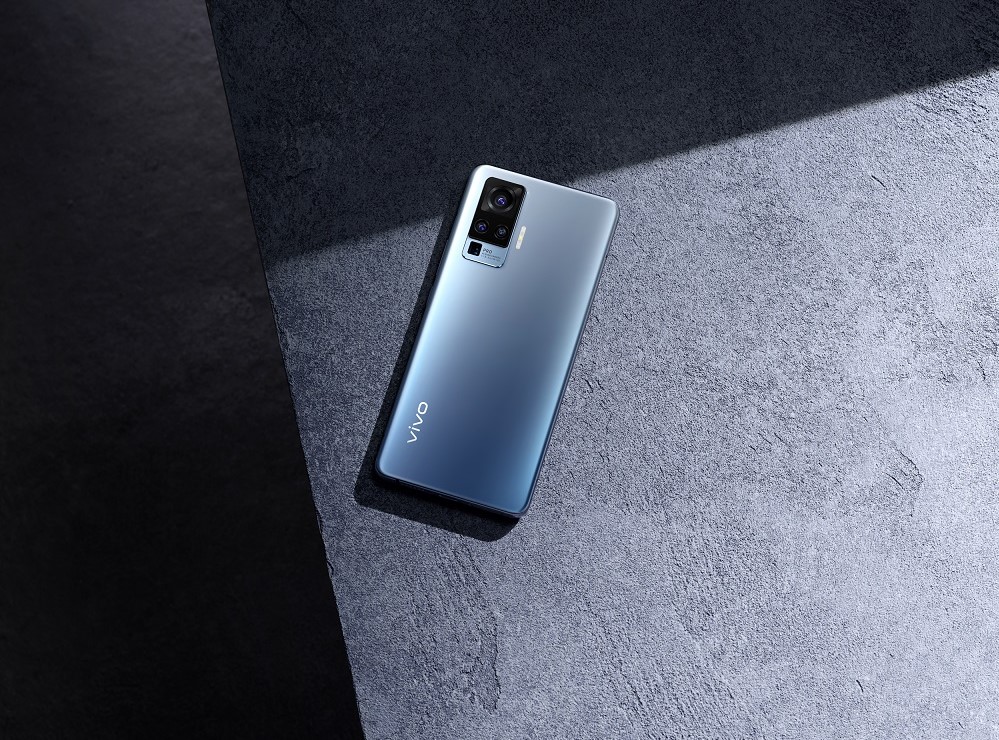 If the Vivo brand were merely upping it’s game by trying to match the technology of the world’s big smartphone names, it would be dismissed as another wannabe. Instead, it has pulled the mobile rug out from under the feet of the likes of Samsung and Huawei with a new flagship phone that gives consumers a real, practical reason to abandon traditional loyalties.

The Vivo X50 Pro, launched in South Africa this week as the top of the range of the X50 flagship series, smartphones, is the first phone in the world to feature a built-in gimbal system that stabilises video shooting through the lens, rather than relying on an external moving mount or professional gimbal. It is, however, modeled on these gimbals, but uses a system comprising a magnetic frame, suspension bracket and ball bearings that manage automatic tilting of the lens.

Having only got past the unboxing, we haven’t had a chance to test the gimbal in action, but the rest of the phone’s features match up beautifully to the likes of the Samsung Galaxy S20 and Huawei P40. Despite the built-in gimbal, which one would expect to double the thickness of the device, it still comes in at an ultra-slim 8mm. That’s noticeably thinner than both the Samsung S20 Ultra and Huawei P40 Pro, the equivalent flagship phones from its main “rivals”.

At 6.5-inches, the display is similar to that of the P40 Pro, but a little smaller than the S20 Ultra’s 6.9-inches. It falls a little short in pixel density, at 398 pixels per inch (ppi), compared to 441ppi on the Huawei device and 511ppi on the Samsung.

Then there are the camera arrays, where the X50 pro may not win in megapixels, but matches the rest for lens functionality and professional features. As with the rivals, the rear hosts four lenses: a 48MP main wide-angle,13MP portrait, 8MP ultrawide, and 8 MP periscope telephoto lens with 5X optical zoom and 60X digital “hyper zoom”. The optical zoom delivers excellent quality that will please the photographer in most of us.

“X50 series is a professional photography flagship smartphone for consumers to record and share the best moments of their lives in a simple way,” says Jet Xu, Vivo’s business head for Middle East and Africa. “With stable shooting capabilities, outstanding lenses and sensors, and an overall advanced camera system, the X50 series flagship devices allow users to capture all of life’s stories with professional quality. These are the first X series devices to be launched globally and we are excited to share the best of our innovative technology and design concepts with consumers.”

The basic X50 is even thinner than the Pro, at 7.6mm, but with the same display and lenses – except for the gimbal structure, and offering only 2X optical zoom. But that also cuts its price by as much as a third. The Pro will cost just under R20,000, making it somewhat more accessible than the Samsung equivalent.

Both the X50 and X50 Pro feature Super Night Mode and Astro Mode to allow for more effective night-time shooting. 120° Super Wide-Angle and Super Macro functions allow for an astonishing level of close-up photography, while Portrait Mode uses a “4-layer masking algorithm” to separate the subject from the background and apply separate effects.

Both are powered by the Qualcomm Snapdragon 765G processor, geared towards intensive graphics processing, with a high screen refresh rate of 90Hz. The S20 Ultra, with a similar display – the Vivo X50 range uses Samsung’s AMOLED touchscreens with HDR10+ – has a refresh rate of 60Hz.

Such comparisons don’t usually give one a full sense of the quality of a device, as software and other features combine for an overall experience that can be very different. However, they highlight the extent to which Vivo is more than a wannabe at the high end.

To watch our unboxing of the Vivo X50 Pro, click here.

Read about the specs of the Vivo X50 and X50 Pro on the next page.