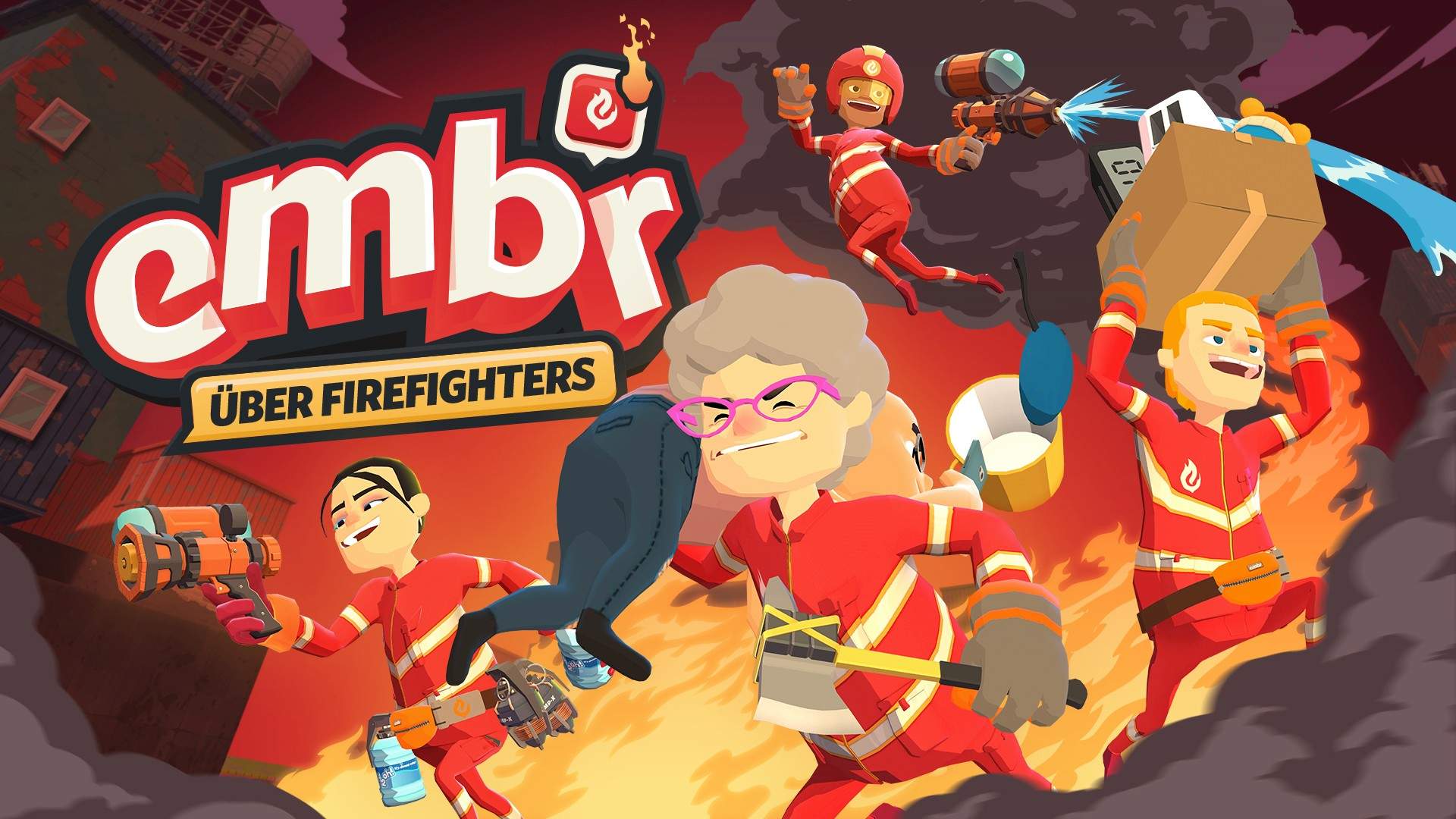 Think Uber, but for firefighters. In Embr, clients request firefighters in the same way we request cars via ride-sharing platforms, and players are behind the app as firefighters. It pokes fun at our world increasingly becoming a contractor-based, gig economy.

The game’s intro takes one through all the actions one can do, like spraying water, chopping down doors, and rescuing clients. There are many different mechanics in this charming world, like electricity that reacts to water, gas that reacts to fire, exploding barrels, and even directional wind when breaking windows. All a player needs is a hose, an axe, the Embr app, and a death wish.

Before starting the debut job, the first character one is greeted by is an elderly firefighter, alluding to the gig economy enabling those who were forced into early retirement to get back to work. The art style is cartoon meets 3D, set in a bright, colourful world. It is pretty diverse, with many different kinds of people to save and encounter in the game. This attention to detail is followed throughout the game — kudos to the developers for keeping such a keen eye.

Getting to my first job revealed just how wacky this game could be: the houses are akin to mazes, which need to be solved by using ladders and clever usage of electrical circuits. My first attempt was running into the building just spraying water on everything, which proved to be a bad idea, since water is finite and some floors become an electrical hazard when wet. Upon resetting the level, the approach was simple: put out fires in your path and evaluate all the areas carefully. Until one encounters the clients, who are often glued to their phones and wandering mindlessly into the fires. Saving the clients is easy, though: pick them up and throw them into the safety zone. They tend to act like ragdolls when thrown, which makes it both funny and satisfying to save them.

Saving more clients from the flames equates to a better star-rating at the end of the round, and there are also some clients who may be hiding some extra cash under their beds, in their safes, or in other areas of their burning houses.

As one progresses through the game, upgrades to tools and outfits can give players an edge in their fire-fighting endeavours. A personal favourite is a set of outfits that make the firefighters run faster, but other types of outfits allow one to hold more tools.

The game becomes very addictive, and one can easily sink a few hours per play session if you’re up to thinking on your feet for the game’s puzzles.

Overall, Embr is ideal for those who enjoy objective-puzzle games. It’s available now on Steam, PS4, Xbox, and Nintendo Switch. We reviewed the Switch variant of the game. For more information on the game, visit https://embrgame.com/.