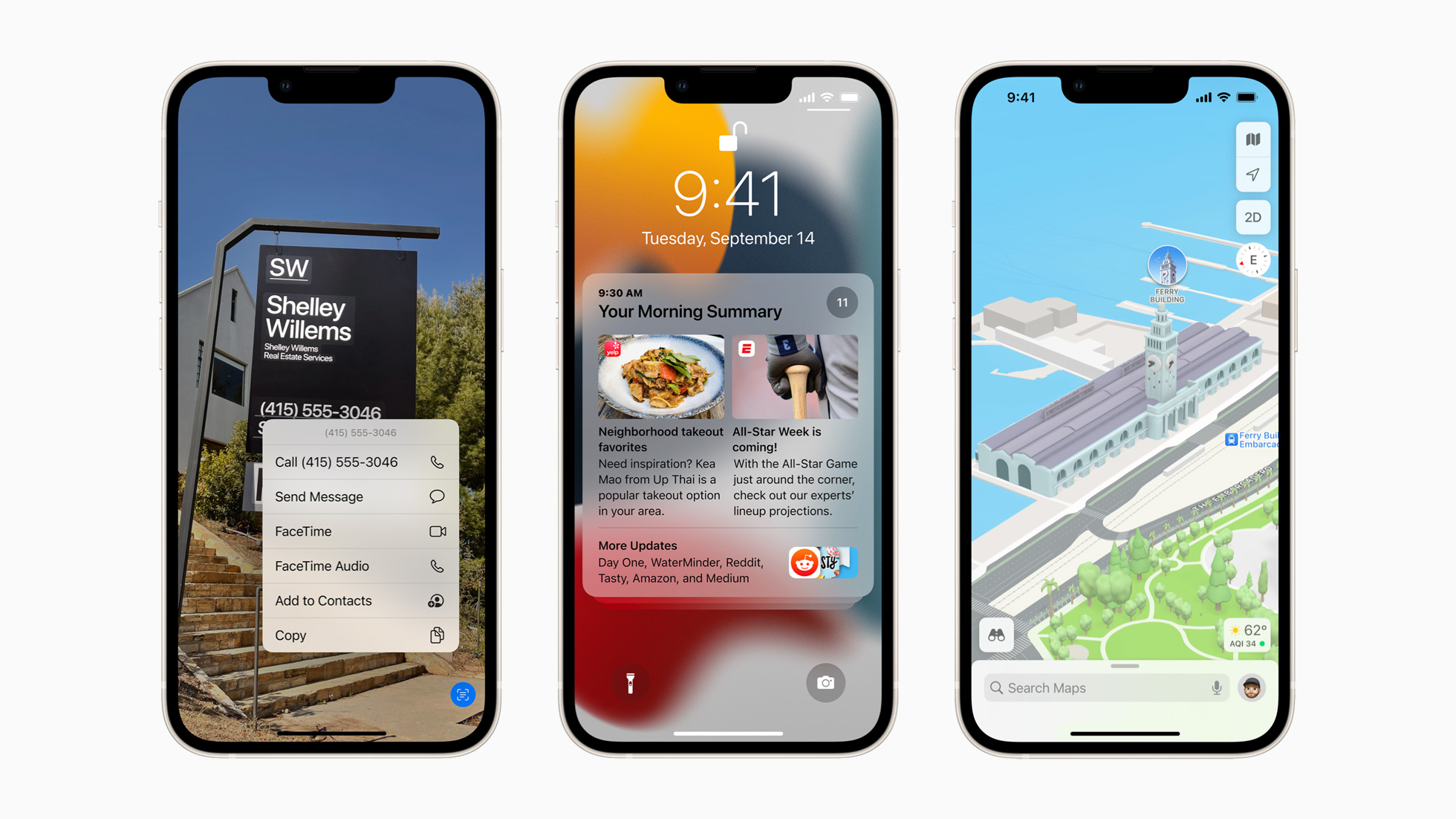 While the latest iPhone 13 lineup is mostly incremental hardware-wise, the latest iOS 15 and iPadOS 15 update is where Apple’s tech shines this year. We’ve outlined the most significant features brought to the OS this year.

Pick up a picture in Safari, swipe up to the app switcher while holding that picture, and drop it into WhatsApp. Pick up a paragraph in Notes, swipe to the app switcher while holding it, and drop it into a Tweet. These two use cases are powerful for those who want to keep their clipboards clear, and camera rolls free of photos they wanted to use only one time. Pro tip: iPhones with notches can quickly switch between apps by swiping from right to left on the bottom bar.

From a photo in the Photos app, press and hold on text within a photo to highlight it – as if it were already in a document. Select as much text as you need from the image, copy it, and paste it where you need it.

Watch parties and album listening sessions have become a lot easier now with SharePlay, which is a technology that keeps media in sync between all participants in a call. This can be done within Apple’s apps like Music and TV+, but also extend to apps like TikTok. It’s not quite a “screen share” as much as it’s a media sync agent. Both parties need to have the shared app installed for this feature, and where needed, both need to have a subscription to the service being shared.

Portrait mode, all over the place

Portrait videos and photos have been added in third party apps like Instagram and Snapchat, levelling up the ability for users to take bokeh style shots with the front camera. It’s also enabled in FaceTime now, so users can get a depth effect while in calls.

Freedom at last from the overactive WhatsApp groups. Focus mode enables users to funnel certain notifications to the device at certain times of the day. For example, one could have WhatsApp notifications off between 9 and 5, while WhatsApp Business only sends notifications between 9 and 5. Users can also let certain conversations through. Others trying to send a message from iMessage will see that a user is in focus mode and a notification won’t be delivered when they send their message. It’s a good step forward in creating work-life boundaries.

Find My iPhone works while the phone is off

Probably one of the most significant features in South Africa is Find My iPhone now working while the device is powered off. We can confirm the device can even be found if the SIM card is removed, as long as there’s another Internet-connected iPhone nearby. This is a huge win for recovering stolen devices.

The text-highlight menu has a new Translate button that appears when a user selects text, which isn’t in their default language. The translation can also happen on-device and offline if the user has the language they want to translate downloaded in the Translate app.

In the age of “you’re on mute”, this new feature makes an auditory cue when the mute button is pressed — letting a user know when they’re muted or unmuted with different chimes.

Create links for FaceTime to call anyone

FaceTime is open to everyone now, but Apple devices are the only ones that can start a call. To get a link, go to the FaceTime app and tap Create Link, which can be shared in places like WhatsApp chats or emails.

In the Messages app, users can now tap the video call icon in the top right corner of a chat to reveal more options, like WhatsApp audio calls, Telegram video calls, and all other linked voice and video call services.

Sending multiple photos no longer takes up the entire chat screen. iOS 15 sorts multiple photos into stacks that users can swipe between, and tap to enlarge. This feature is only available in the Messages app.

The Apple Music widget on the home screen now shows what’s currently playing, so users don’t need to enter the app to find out what they’re listening to.

The Safari facelift has moved the address bar from the top of the screen, to the bottom. On that address bar, users can swipe from left to right to quickly change tabs.

Pull down to refresh a web page in Safari

Now that the address bar is at the bottom, users can do the familiar “Pull down to refresh” action in webpages to refresh them.

Shared With You in Safari and Music

When a user shares a link with you to a webpage or Apple Music, the context is carried over to the relevant app so you can find a collection of shared webpages and music at a later stage.

VMware goes to the ‘far edge’