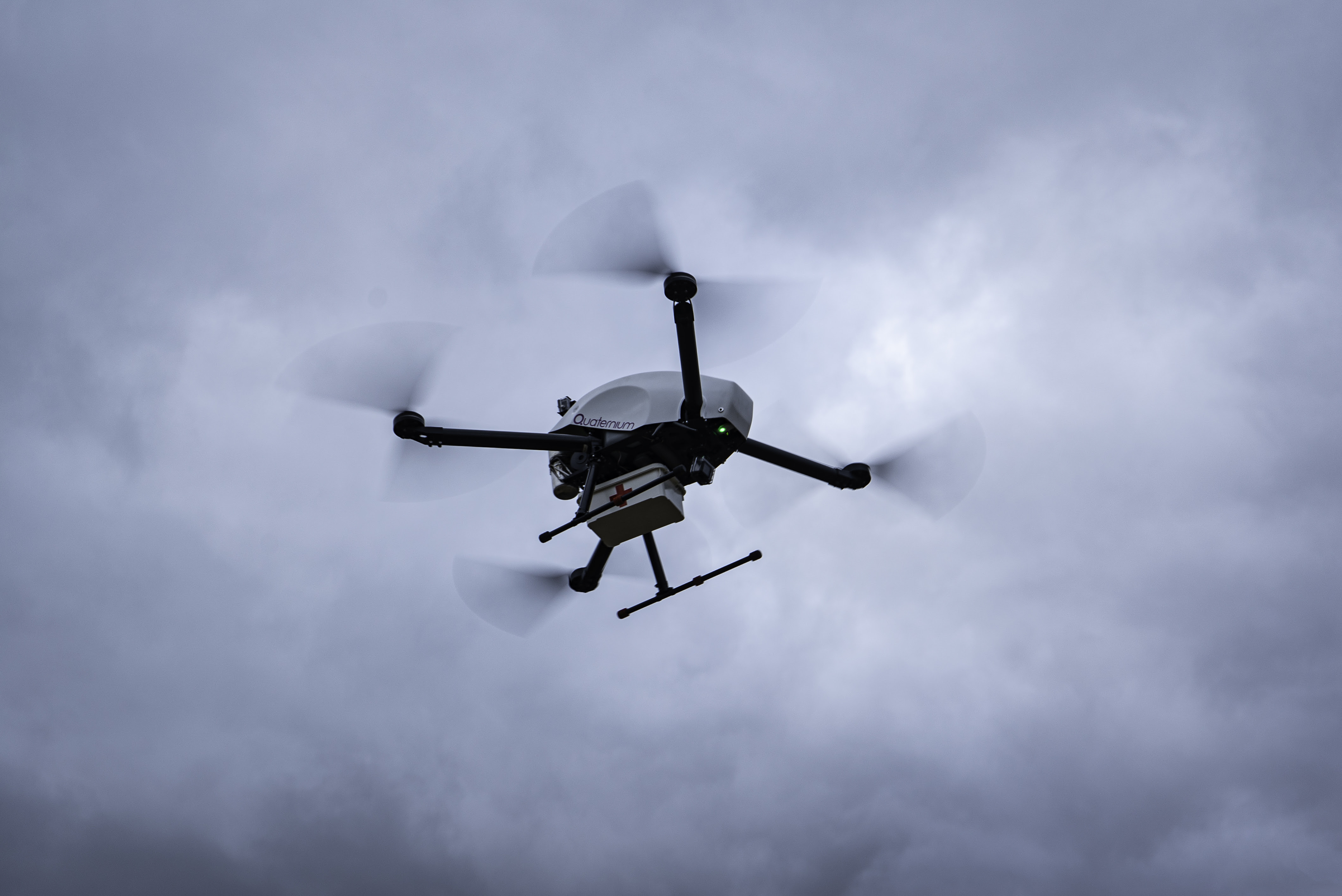 Imagine being able to fly your drone for a whole day without wasting time charging batteries. It is now possible, after the hybrid Multirotor Hybrix drone from Quaternium achieved a new autonomous flight world record of 8 hours and 10 minutes.

Six years ago, then startup Quaternium came up with a disruptive innovation: the first fuel-electric hybrid drone, inspired by hybrid vehicles in the automotive industry. In 2015, the company made a flight of 3 hours and 10 minutes with its Multirotor Hybrix. Since then, the achievements of hybrid drones have created a new category of long-range drones, which promises to unlock demanding commercial applications. Multi-rotor hybrids multiply the flight time more than 10 times compared to electrical solutions.

Quaternium pulverised existing records with an experimental version of a 25 kg MTOW of its new Hybrix 2.1 drone.

The Hybrix UAV took off at 08:52 at Valencia, Spain, and landed at 17:02, performing a hover of 490 minutes and setting a new world record flight duration for a hybrid drone. The Hybrix flight lasted nearly an hour longer than the previous record flight, set by the Chinese company Richen Power.

The company has posted a video demonstration of the record:

Most multi-copters offer flying times between 25 to and 40 minutes, forcing the pilot to carry many batteries and lose most of their time reloading instead of flying.

Hybrix has the support of the European Union through its innovation programme Horizon 2020, which promotes disruptive innovation projects, and science and industry leadership. The project has also received numerous awards from institutions like AUVSI, IVACE, CDTI and the Ministry of Industry.

Potential applications of the Hybrix is include aerial missions for safety or first aid responders. During an emergency, when time is running out and and lives are at stake, a drone flying long term is an unparalleled ally. From floods to forest fires, earthquakes to tsunamis, natural events are causing enormous damage to infrastructure, communications systems and basic services. For more than 10 years, quadricopters have proven their value in assessing disaster damage, as the case of the Sichuan earthquake and Hurricane Florence. In both events, drones were used to search for missing persons and identify as many people as possible. Despite their usefulness, they had a major limitation: lack of endurance. They could only cover small areas of the territory at a time, slowing down the results.

This motivated Quaternium to develop a drone with much greater endurance. With Hybrix, rescue workers and firefighters can identify red zones and quickly assess the damage while searching for survivors. Thanks to the unique features of this hybrid drone, such situations can be handled more safely and help responders make decisions quickly and accurately.

Can’t touch this: tactile robot finger with no ‘blind spots’