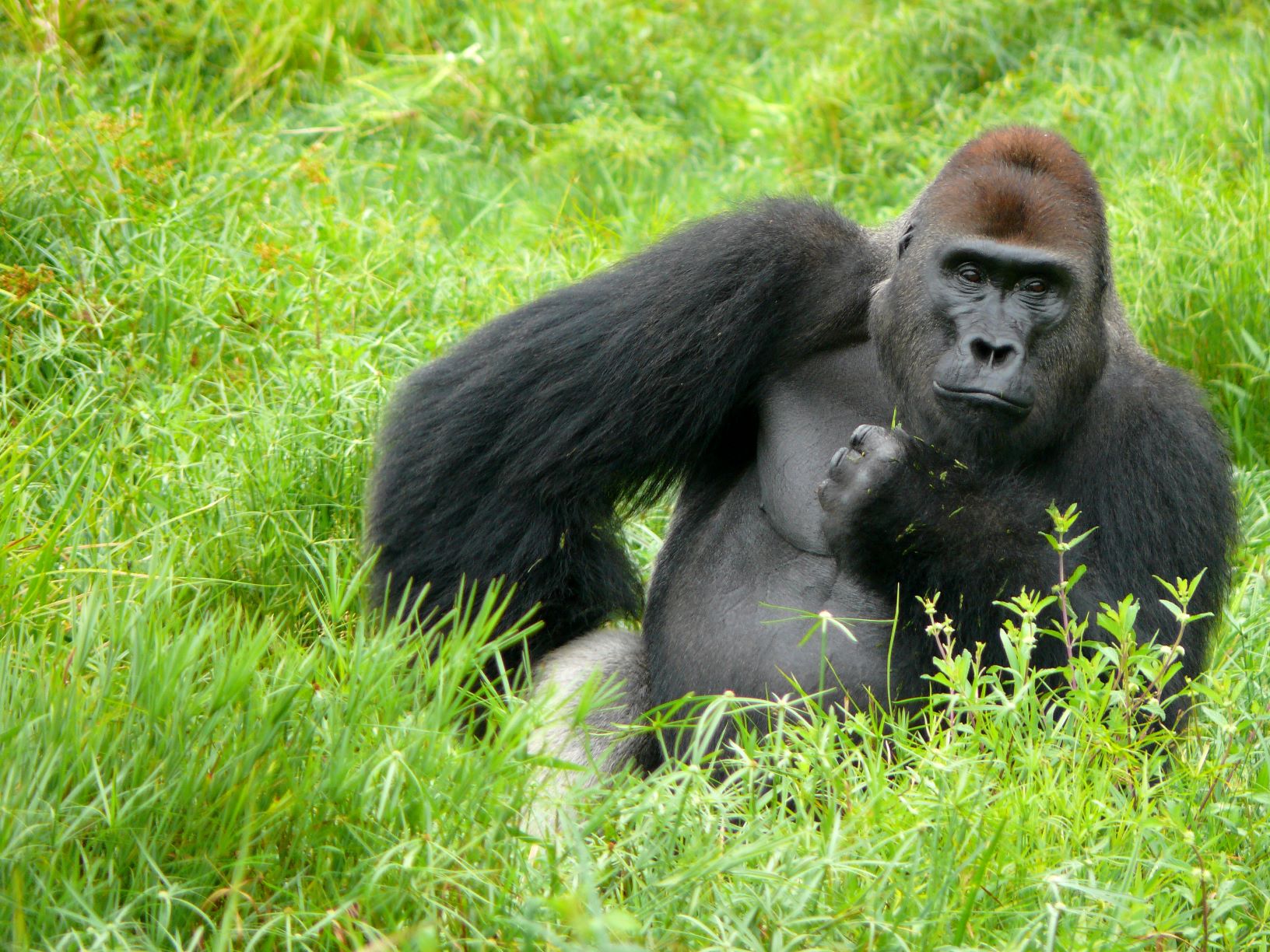 Deep in a rainforest in northern Republic of Congo, fifty microphones – hidden inside small boxes – dangle discreetly from the trees, across an area roughly the size of Los Angeles.

The person responsible for putting them there is scientist Peter Wrege, Director of the Elephant Listening Project at Cornell University, New York, in an effort to capture the calls of the elusive forest elephants he studies.

Aside from the unwanted attention of a few squirrels, the microphones have gone largely unnoticed since Wrege and his team, together with the Wildlife Conservation Society, set up them up in 2017 on continuous record – picking up an average of one to two elephant calls a week, and an epic chorus of other wildlife in the process.

Knowing the value of this audio data to his own field of study, Wrege has now made the recordings – all one million hours of them – available to researchers anywhere in the world, via the Amazon Web Services (AWS) Open Data Sponsorship Program.

The files have, according to Wrege, vast potential for conservation research. More and more scientists are beginning to use ‘soundscapes’ as a way of monitoring biodiversity, by comparing samples of sounds recorded in the same place over a sustained period.

Wrege estimates that the audio data his team has gathered over the past three years contains the sounds of hundreds, if not thousands, of species of mammals, amphibians, insects and birds – everything from gorillas and chimpanzees, to tree frogs, to parrots.

“There is so much information in these recordings. You could use them to study any number of different animals,” he says. “We know, for example, that the African grey parrot is in serious decline, and we know we have captured its calls. If you study this species, there could be very valuable data in there on its movements and behavioural patterns.”

Wrege speaks from first-hand experience. By analysing the number of elephant calls he detects in the recordings over a given period, he has been able to study forest elephant behaviour at a level of detail not previously possible – monitoring how they use the environment differently according to the seasons, changes in their habitat, and pressure from human activity.

“One interesting thing we have learnt so far, is that the elephants are regularly in an area in the southwest of the region, which was used for logging in the past. They seem to like this, as do gorillas, because of the increased secondary growth of vegetation, which offers more food sources,” he says.

“No one has ever been able to look at this sort of shifting use of an environment by an elephant population before. The real takehome from our first set of analyses is that their use of the landscape is very complex. This is vitally important for thinking about conservation strategies and potential effects of climate change on elephant populations.”

The audio data has also been instrumental in enabling the efficient deployment of anti-poaching patrols. Wrege and his team analyse the frequency of gunshot sounds they pick up in the recordings, and share the information with the National Park.

Initially, their monitoring showed there was more illegal hunting activity deep in the park than expected, and that these hunting ‘hot spots’ regularly shifted around. As a result, the park deployed an increased number of poaching patrols from early 2018 onwards. The data now shows this appears to have had an impact on reducing poaching.

“There are just so many potential applications for the recordings,” Wrege says. “We wanted to share them on AWS so we can make them available to as many researchers as possible with an interest in conservation and biodiversity.”

It’s a data set that only looks set to grow, as Wrege’s camouflaged troop of ever-listening ears continue to record the goings on in this richly diverse and remote part of the world.

“And as is the case with so much in research, the more we find out, the less we realise we understand,” he says. “We still know so little about forest elephants. I think there are an unlimited number of scientific questions you can run on these data.”

‘Sounds of Central African Landscapes’ is just one of many datasets made available in the cloud via the AWS Open Data Sponsorship Program, which covers the cost of storage for datasets of high value to the scientific community.

The program aims to democratize access to data by making it available for analysis on AWS, to develop new cloud-native techniques, formats, and tools that lower the cost of working with data, and to encourage the development of communities that benefit from access to shared datasets.

Google gives startups a boost across the continent