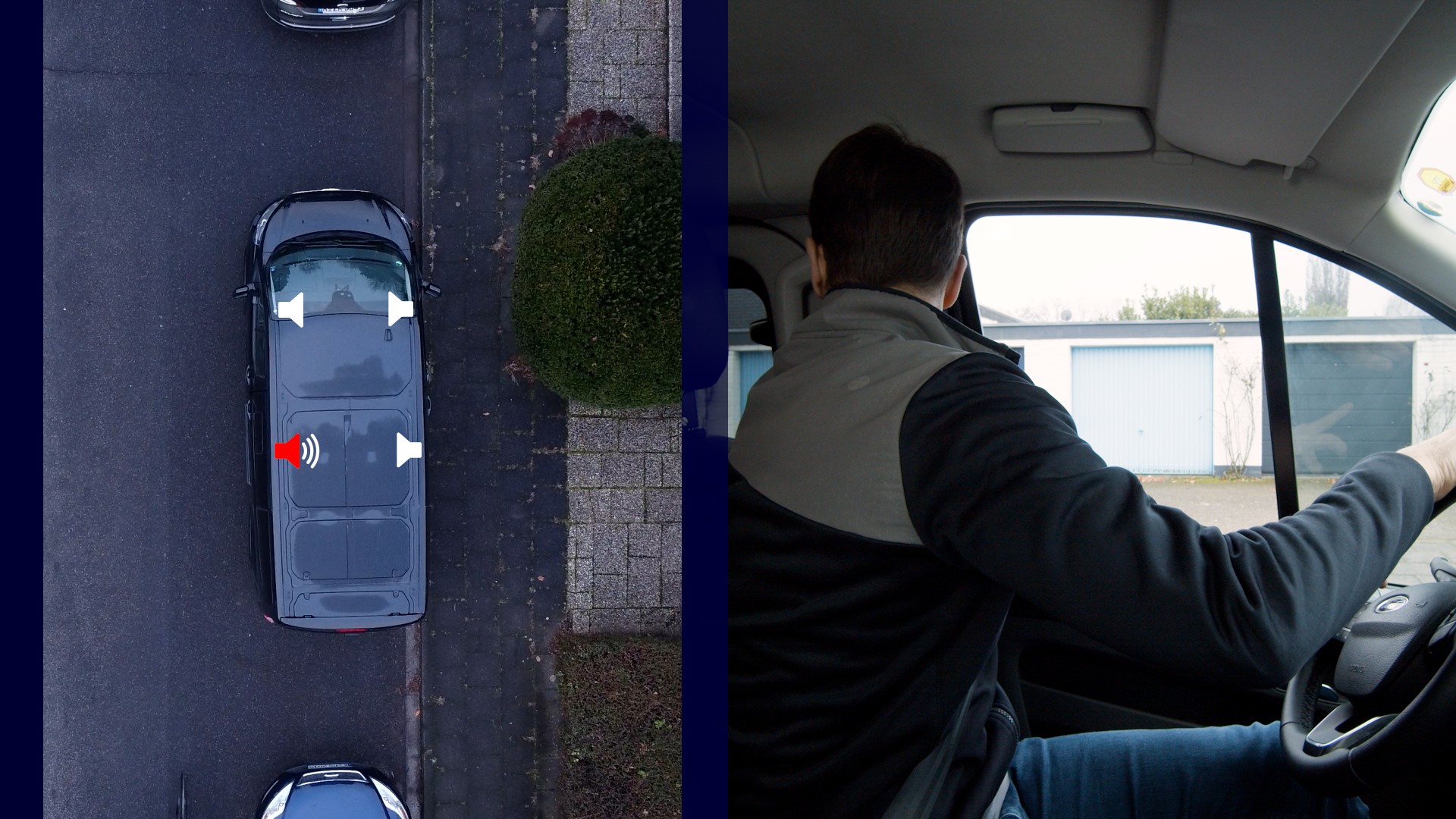 Driver alerts like visual displays and warning tones help us to negotiate our daily drives, although they don’t tell us much more about potential hazards.

But what if such sounds simulated those made by the hazards, like footsteps or bicycle bells, and enabled drivers to know from where they were coming?

Ford is trialling smart driver alert technology that could do exactly that. Engineers are exploring the use of in-car audio to clearly convey the location of other road users or pedestrians. They are also testing the use of intuitive sounds like footsteps, bicycle bells and the sound of passing cars, rather than a single tone.

“Today’s warning tones already inform drivers when they need to take care and be vigilant,” says Oliver Kirstein, Sync software engineer for enterprise connectivity at Ford Europe. “Tomorrow’s technology could alert us to both exactly what the hazard is and where it is coming from.”

Ford vehicles currently feature driver assistance technologies that use a suite of sensors to identify when pedestrians, cyclists and other vehicles are nearby. These technologies offer visual and audible alerts and, if necessary, apply emergency braking.

Directional Audio Alert takes these warnings a step further. A Ford-developed software uses the information from the sensors to select the appropriate sound and play it through the speaker closest to the obstacle.

Tests in a simulated environment showed that drivers alerted by Directional Audio correctly identified the nature and source of the hazard 74% of the time. Even just emitting a regular tone from the appropriate speaker enabled the driver to identify the location of the object 70% of the time.

Engineers also set up a real-world scenario on the test track, with a vehicle backing out of a parking space, an approaching pedestrian and the footsteps alert. Participants in the test responded positively to the footsteps sound, especially when this intuitive alert was played through a specific speaker.

In future, engineers believe that those results might be further improved by using 3D spatial sound similar to that used in cinemas and gaming to better enable drivers to identify the source of the hazard.

Gadget on Wheels: The car that orders its own upgrades
EV versus ICE:  Who wins in cost per km?