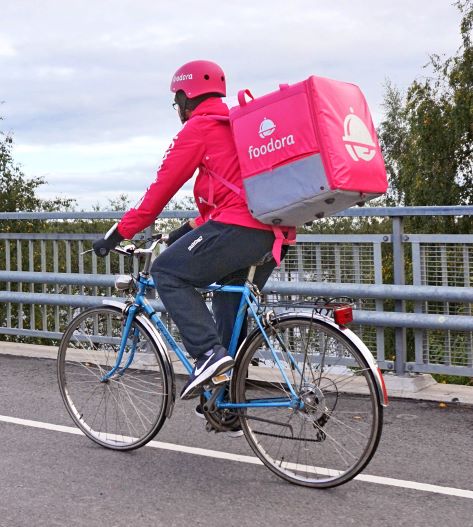 A report by The Fairwork Project – a collaboration between various South African and foreign university research units – has found that the non-standard employment status of gig workers during Covid-19 has made them particularly vulnerable during an economic shutdown. However, some gig networking platforms have stepped up to ease the pain.

Fairwork, which draws on the expertise of staff from the universities of Oxford, Cape Town, Western Cape, Manchester, Institute of Information Technology Bangalore in India and the Technical University of Berlin, wrote a report titled Gig Workers, Platforms and Government During Covid-19, which was released in May 2020.

The report looked at gig economy platforms active in South Africa, government responses regarding informal, freelance or gig economy workers, and actual worker experience surveys. While most platforms regarded workers as independent contracts rather than employees, to their detriment, the report found that gig technology company, M4Jam and SweepSouth actively worked to offset losses of income for contracted giggers.

The scorecard found that three of the top-ranking platforms – M4Jam, SweepSouth and getTOD – had come up with innovative solutions to the problems their workers faced during Covid-19 and lockdown. M4Jam and SweepSouth were the only platforms to attempt to compensate for gig worker pay loss during lockdown.

“Our survey suggests the majority of gig workers have lost their jobs entirely, while those able to work during lockdown have, on average, lost four-fifths of their income. As a result, many reported that just getting food to eat was their top priority,” the researchers note.

“While platforms have long marketed themselves as facilitators of supplementary income streams, all of this exposes the complete dependency of most workers on their platforms as the basis for their livelihood,” they wrote.

The report stated that gig economy platforms, which operate by connecting jobbers with potential temporary work at corporate entities, should and could do more to help, by such measures as reducing commissions, deferring loans, offering healthcare assistance and sick pay, improving communication and engaging with workers and their representatives more effectively.

Georgie Midgley, CEO of M4Jam, said the report’s finding that inaction on behalf of gig platforms was the norm gave credence to common criticism of the gig economy. “Unfortunately most gig economy platforms live up to negative perceptions about jobber vulnerability. In a country like South Africa where the gig economy can play a vital role in supplementing income and providing much-needed temporary employment, the down side is potential exploitation of workers who do not have the safety net permanent employees have.”

Gig workers have tended to fall between the cracks of government financial relief measures, according to the report, principally because they fall outside the UIF net. “Gig workers have fallen between two stools: able to access neither the [government] support offered to formal employees, nor the support offered to those registered as small businesses. If gig workers are to avoid destitution, government must take further action,” the researchers said.

At the same time, the report said, the value of gig workers to the economy has been underlined by Covid-19 and lockdown. “Delivery services, for example, have been essential to society during lockdown. In the longer term, a legal resolution must be found to rescue gig workers from the employment-status limbo that the pandemic has brought into sharp relief.”

The report found, for example, that both Uber and Bolt ride-hailing services had closed down their local contact centres, “making it harder for drivers to interact with the platforms”. A constant criticism of gig economy platforms is that they simply cannot provide protection of workers’ rights in the same way that the formal economy’s employers do.

With lockdown preventing physical movement of jobbers completing micro-tasks for corporate employers, the report commended M4Jam’s approach of collaborating with one of its clients, Cell C, in rolling out a three-week training initiative that provided payment to workers for completing up to 48 short lessons undertaking via their mobile phones.

This provided further upskilling of contracted jobbers during the down time, and provided an average of R310 per week for those undergoing the training. M4Jam works with corporate clients such as Morecorp, i-People, Twizza, Sereti and more.

The research found that the trends in South Africa broadly reflected gig economy trends around the world, with roughly half of gig workers losing their “jobs” during lockdown.

“We agree with the report’s findings that if gig economy platforms direct and exercise control over the work given to contracted jobbers, they should go to greater lengths to be responsible for assisting workers in dealing with the effects of Covid-19. This will not only maintain goodwill with contracted workers and ensure livelihoods are not lost – it will also show that the gig economy is a viable long-term alternative for job seekers who cannot get a foothold in the formal economy,” said Midgley.

Related Topics:featuredgig economy
Up Next

One in three working harder remotely than ever before

Samsung’s A51 wins the Android world in Q1