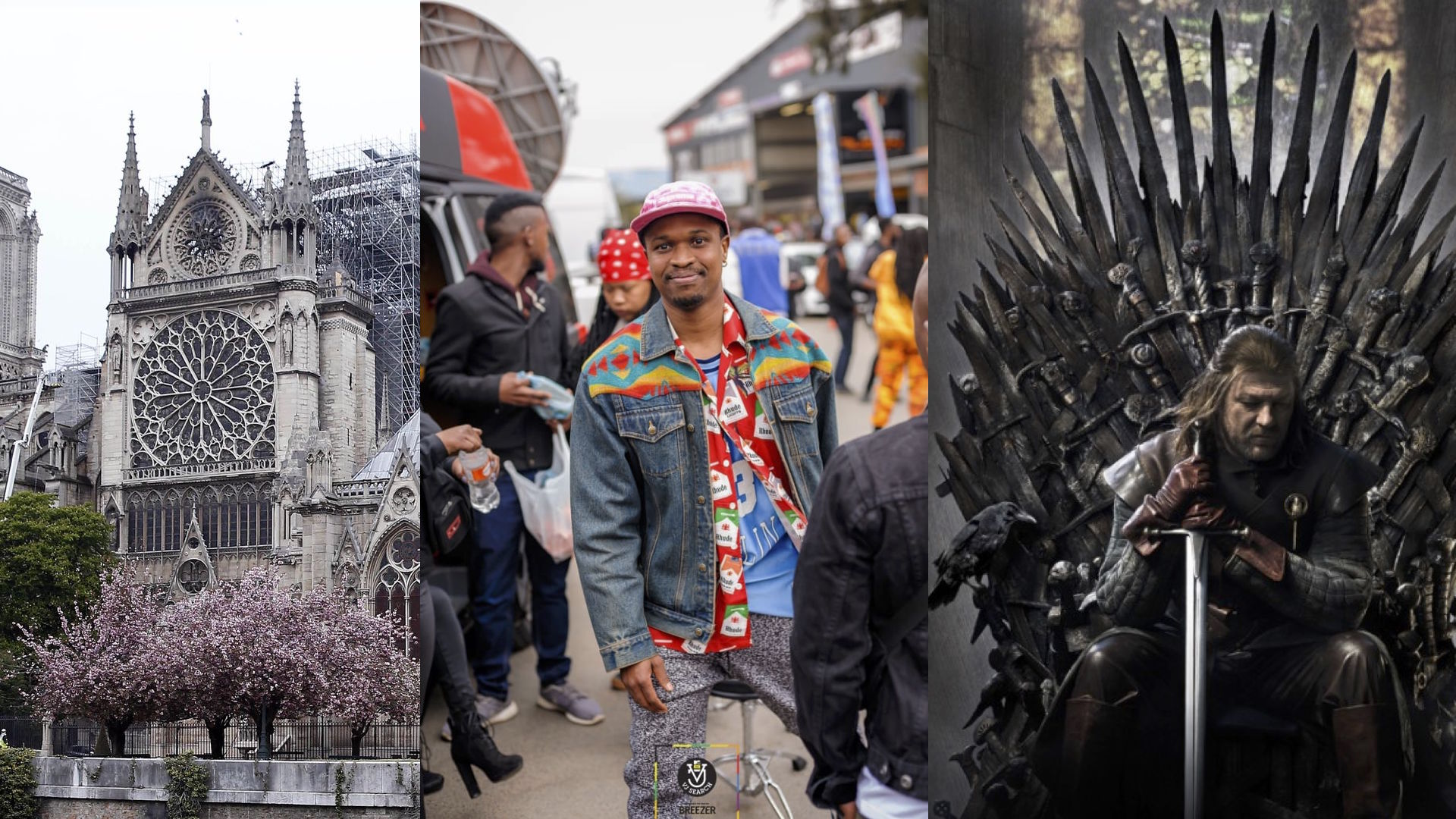 Paris and the whole world looked on in shock as the 856-year-old medieval Catholic cathedral crumbled into ash. The tragic infernal destruction of this tourist attraction of historical and religious significance led South Africans to generate more than 200 000 search queries for “Notre Dame Cathedral” on Monday. Authorities are investigating the cause of the fire that razed the architectural icon.

In other top trending searches on Google this week, radio presenter Siyabonga Ngwekazi, AKA Scoop Makhathini, went viral when it appeared he had taken to Twitter to expose his girlfriend, Akhona Carpede, for cheating on him. Scoop has since come out to say that he was not responsible for the bitter rant and that his account was hacked. “Scoop Makhathini” generated more than 20 000 search queries on Wednesday.

Fans generated more than 20 000 search queries for “Sam Smith” on Tuesday ahead of the the British superstar’s Cape Town performance at the Grand West Casino. Smith ended up cutting his performance short that night due to vocal strain.

Local Game of Thrones superfans were beside themselves on Sunday, searching the internet high and low for the first episode of the American fantasy drama’s eighth season. “Game of Thrones, season 8, episode 1” generated more than 100 000 queries on Google Search on the weekend.

As the festivities kicked off in California with headliners such as Childish Gambino and Ariana Grande, South Africans generated more than 2 000 search queries for “Coachella” on Saturday.

South Africans generated more than 5 000 search queries for “Wendy Williams” on Friday  as it emerged that the American talk show host had filed for divorce from her husband Kevin Hunter after 21 years of marriage. Hunter has long been rumored to have been cheating on Williams, which reportedly finally led to the divorce.

Search trends information is gleaned from data collated by Google based on what South Africans have been searching for and asking Google. Google processes more than 40 000 search queries every second. This translates to more than a billion searches per day and 1.2 trillion searches per year worldwide. Live Google search trends data is available at https://www.google.co.za/trends/hottrends#pn=p40

Related Topics:featuredgame of thrones
Up Next