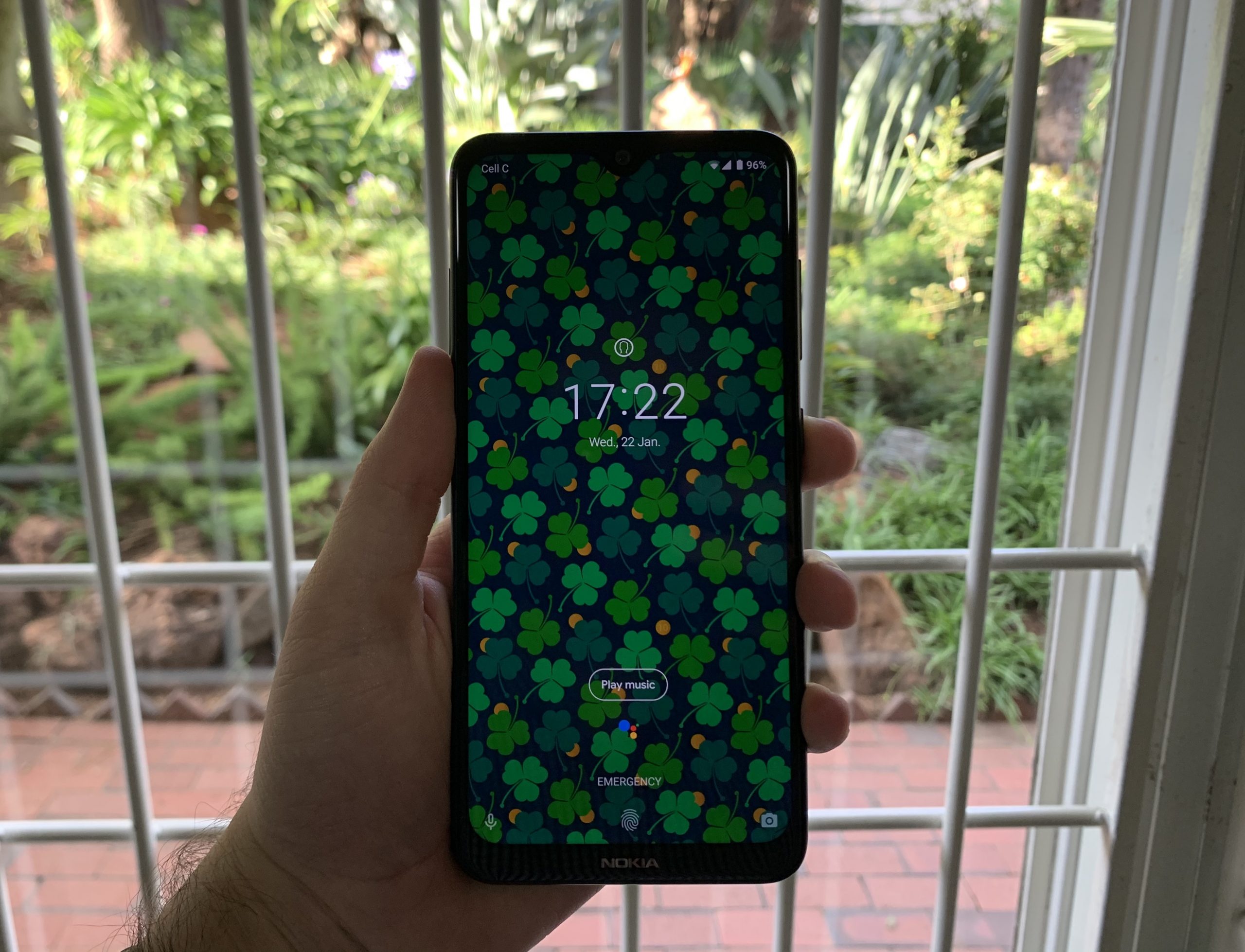 Cameras are often the main factor in selecting a smartphone today. Nokia is no stranger to the high-end camera smartphone market, and its legacy shows with the latest Nokia 7.2.

In many aspects, the device looks and feels like an expensive flagship, yet it carries a mid-range R6000 price tag. From its vivid PureDisplay technology to an ultra-wide camera lens, it’s quite something to experience this device – especially knowing the price.

Before powering it on, one notices the sleek design. The front features a large, 6.3” screen, with a 19.5:9 aspect ratio. Like many phones nowadays, it features a notch, but it is smaller than the usual earpiece-and-camera notch. Instead, it features a small notch for the front camera only. It hides the front earpiece away in a slim cutout, just under the outer frame. While it’s not the highest screen-to-body (STB) ratio, it has a pretty slim bezel with an 83.34% STB ratio. It loses some of this to an elegant chin on the bottom that shows the Nokia logo. This is all protected by a Gorilla glass certification, which makes it a little more difficult to shatter on an impact.

It’s encased by a Polycarbonate composite outer frame, which seems metal-like but will withstand more knocks than an aluminium frame. On the right side, it features a volume rocker and a power button and, on the left side, a Google Assistant button, which starts listening for commands when pressed. Above the button is the SIM and SD card tray. On the top, it houses a very welcome 3.5mm headphone jack. On the bottom, it has a speaker grille and a USB Type-C port. Overall, the positioning of the buttons takes some getting used to because the Assistant button and power button are similarly sized, and many smartphones place the lock button on the opposite side of the volume rocker.

The back features a frosted Gorilla glass panel, like the front. The frosted design is quite understated and yet another elegant design feature of the device. A fingerprint sensor sits in the middle and, towards the top, the device has a circular camera bump, not too different from the Huawei Mate 30 series. The bump features two lenses, a depth sensor, and a flash. The camera system has been made in partnership with Zeiss optics to produce high-quality photography.

When powering on the device, one is greeted with the Android One logo, which is Nokia’s promise that its users will always be among the first to get the latest Android security and feature updates. This is one of the defining purchase points for users looking to get this device, as it features the purest, unedited version of Android available.

This, in turn, allows the device to run the latest software by Google that enables the device to get better over time. This is done by using Google’s Artificial Intelligence engine, which learns how one uses the device and optimises apps and services accordingly. That translates to the phone’s battery life actually extending over time, instead of deteriorating like other smartphones that are weighed down by battery hungry apps. The concept was pioneered by Huawei in the Mate 9.

The rear camera is excellent for snapping pictures and features a 48MP Sony sensor for accurate colour reproduction. This puts the device in the league of the Google Pixel and Apple iPhone devices, which also use Sony sensors. By default, the device is set to take pictures at 12MP, which is what makes the photos look great, as it blends 4 pixels into one for a high level of sharpness and colour accuracy, but users can bump up the resolution to the full 48MP if they want to zoom in a bit more.

The 8MP wide-angle lens spans 118-degrees, and proves extremely useful for getting everyone in the shot. It also features some great colour accuracy. The 5MP depth-sensing lens is purely for the portrait mode, which adds a blur effect to the background of the photo. It features a 20MP selfie camera, which also provides excellent sharpness and a portrait mode.

The most impressive part of this system is the Pro camera setting, which can help take photos from excellent to extraordinary. We managed to get some excellent low light photography by adjusting the shutter speed, ISO, and exposure. The setting is pretty easy to use and it’s worth it for users to learn how it works.

The PureDisplay also helps make photos and video look great. The 7.2’s PureDisplay has a 2160 x 1080 resolution, at 401 pixels per inch (ppi). It also makes use of HDR10 and covers 96% of the DCI-P3 colour gamut, which makes the colours very vibrant. Some of these display features are not even found in some high-end phones on the market, so it’s very surprising that this tech is in a mid-range device.

At this price, there is one drawback: the processor. It houses a Qualcomm Snapdragon 660, which is neither bad nor good. It performs well in many situations, but begins to stutter on heavier graphical applications like Fortnite and PUBG Mobile. That said, all other applications of the device work perfectly, and multi-tasking is very fluid between regular apps.

At a recommended selling price of R6,000, the Nokia 7.2 is one of the most feature rich and aesthetically pleasing devices available in this price range.

Related Topics:featuredNokiaproduct review
Up Next