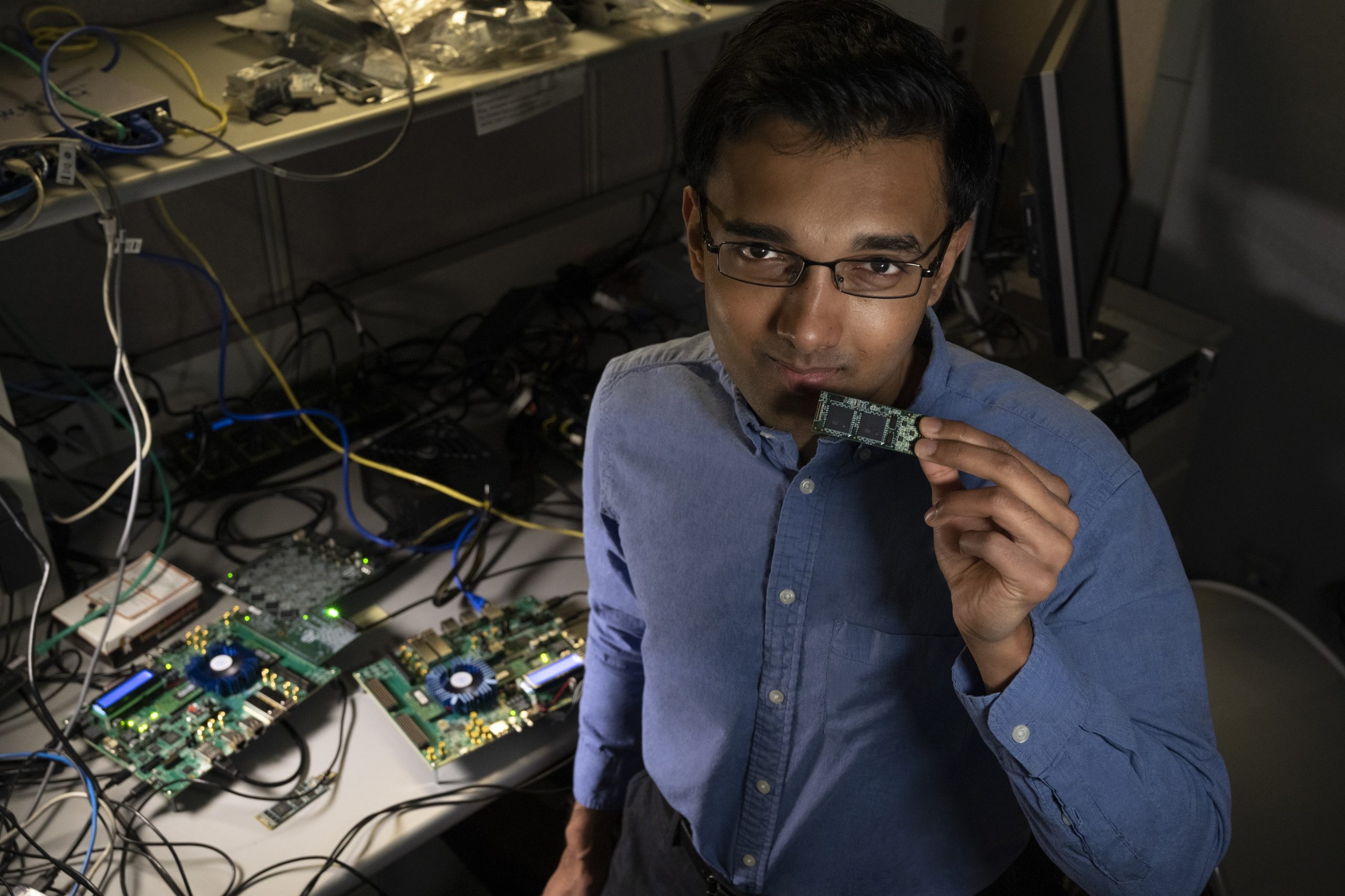 In a joint paper published in Nature Machine Intelligence, researchers from Intel Labs and Cornell University demonstrated the ability of Intel’s neuromorphic research chip, Loihi, to learn and recognize hazardous chemicals in the presence of significant noise and occlusion. Loihi learned each odour with just a single sample, without disrupting its memory of previously learned scents.

“We are developing neural algorithms on Loihi that mimic what happens in your brain when you smell something,” says Nabil Imam, senior research scientist in Intel’s Neuromorphic Computing Lab. “This work is a prime example of contemporary research at the crossroads of neuroscience and artificial intelligence and demonstrates Loihi’s potential to provide important sensing capabilities that could benefit various industries.”

Using a neural algorithm derived from the architecture and dynamics of the brain’s olfactory circuits, researchers from Intel and Cornell trained Intel’s Loihi neuromorphic research chip to learn and recognise the scents of 10 hazardous chemicals. To do so, the team used a dataset consisting of the activity of 72 chemical sensors in response to these smells and configured the circuit diagram of biological olfaction on Loihi.

The chip quickly learned the neural representation of each of the smells and recognised each odour, even when significantly occluded – meaning it is absorbed into other substances. This demonstrates a promising future for the intersection of neuroscience and artificial intelligence.