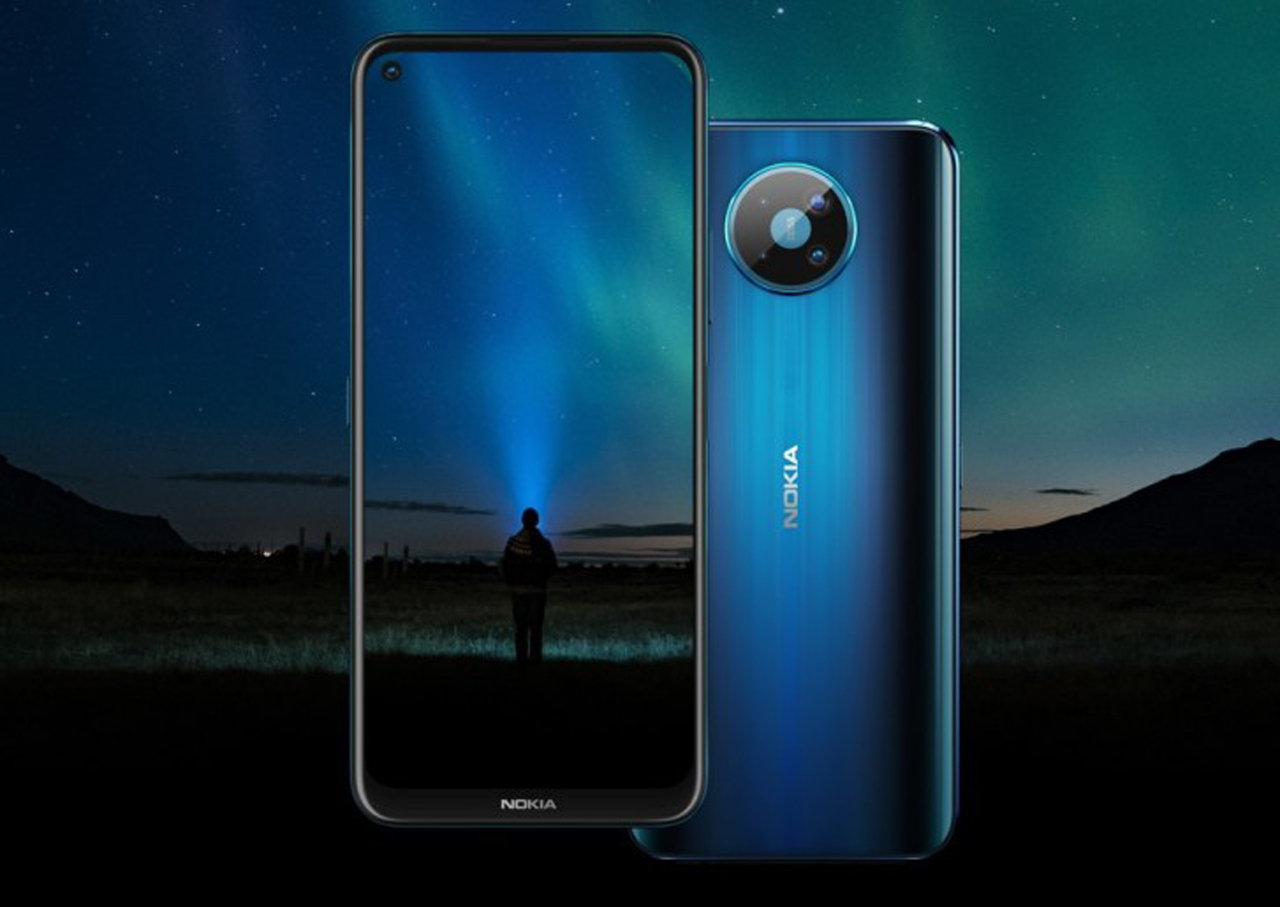 There is something magical about the new Nokia 8.3 5G smartphone. And no, it’s not the price. Although, at R13,999, it carries half the cost of the flagship phones from the likes of Apple and Samsung, the price tag is likely to cast a pretty powerful spell on consumers.

The secret lies in the combination of both aesthetic and functional features that make this the most convincing Nokia challenger to the smartphone market yet.

For starters, the size: a 6.8-inch display, but not just size for its own sake. The resolution is 1080 x 2400 pixels, with a 386 pixels per inch density, meaning that the big screen does not degrade the image. Nokia’s high-definition PureDisplay technology makes for sharp, vivid colours.

The circular camera array on the back is not only appealing, but sets it apart from the other major manufacturers – along with a low-key “Polar Night” colour gradient that responds subtly to varying light conditions.

All fine and well: it’s good to look at. Can it perform?

Yes, at both the processor and connectivity level. It is Nokia’s first 5G phone, and one of the lowest-cost 5G handsets on the market. It runs on Qualcomm’s 765G 5G Modular Platform, allowing it to condense more than 40 different radio frequency components into one module. This also means it supports the highest number of 5G New Radio bands, making it future-proof in terms of varying 5G standards being rolled out globally.

The camera array is state of the art: the rear houses a quad-camera comprising a 64 MP, f/1.9 (wide-angle lens, 12 MP f/2.2 ultrawide, 2 MP macro and 2 MP depth camera. It uses Zeiss optics, with dual-LED flash, panorama mode, and HDR video at 4K, shooting 30 or 60 frames per second, 1080p high definition video at 30 or 240fps, and 720p video at 960fps, allowing for super slow-motion effects. Translated: this is almost as good as cameras get on smartphones, and certainly the best – may we say it again? – at that price point.

For once, it is not hype when the manufacturer makes this kind of comment: “Debuting ZEISS Cinema capture and editor and bringing extraordinary low-light video recording and OZO audio recording, the Nokia 8.3 5G is the ideal smartphone for creators.”

It is the first Nokia smartphone to premiere the ZEISS Cinema capture and editor app, allowing users to add advanced effects to their footage. Content can be shot in 21:9 cinematic format, using professional colour grading on the device to change the style of videos. It is no exaggeration, then, to say one can attempt to replicate movie magic on the phone.

Says Nokia: “You can master your night shots with the superpixel powered wide-angle sensor in Night video mode. The Nokia 8.3 5G’s large superpixels in Night video mode help reveal more details and a brighter image with less noise. The video HDR allows to capture a high dynamic range of contrast, so you can see even more. Take your Nokia 8.3 5G with you to your next adventure and get smooth video with Cam mode. And with immersive 360° sound OZO audio recording you can get true-to-life spatial accuracy.”

We haven’t had a chance to test those claims, but it is a device that invites such testing, rather than setting it as a challenge to be mastered.

A mammoth 4500 mAh Li-Po battery, with 18W fast-charging, gives full-day life. And the device includes FM radio, a rarity in high-end phones, but part of the value proposition that long-time users expect from Nokia.

The Nokia 8.3 5G also packs Qualcomm’s 5th generation Artificial Intelligence Engine to help deliver intuitive AI experiences. This technology, says Nokia, “provides immersive HDR quality and amazing colour reproduction for all your streaming media, photos, videos or games, even when the content is only available in standard dynamic range (SDR). This is done by dynamically upscaling the colour depth and detail by a factor of 64.”

Again, that remains to be tested. But, if it sounds like magic, there can be few better handsets right now – or better value – for waving a wand. (must be “if it sounds”)

TikTok tightens up its rules

How to let people feel good about using chatbots