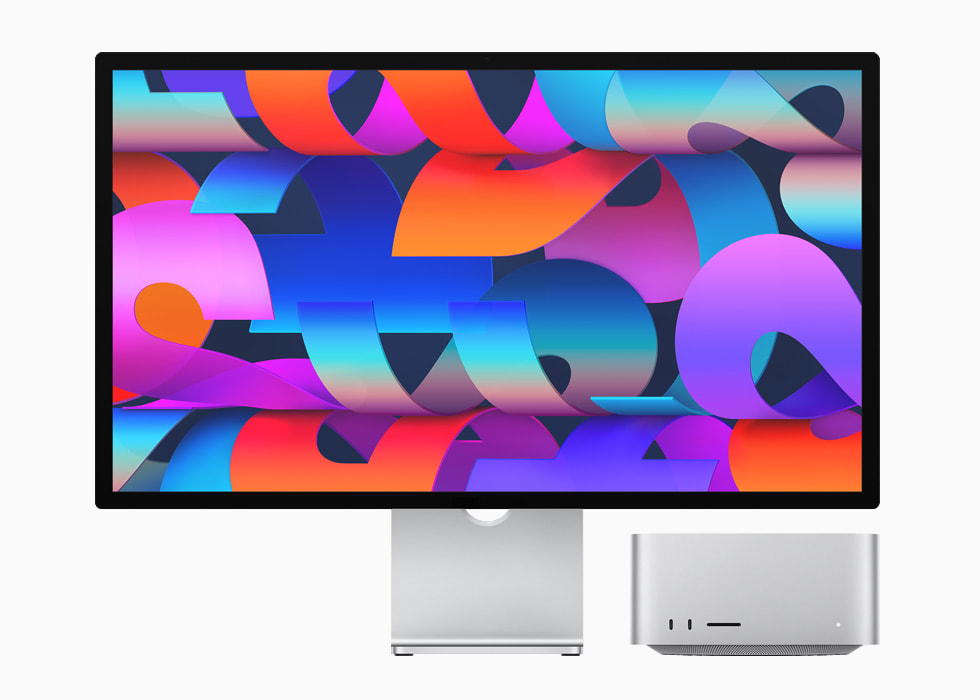 The Mac Studio is powered by the M1 Max and the new M1 Ultra, which is the most powerful chip for a personal computer. With the Mac Studio, users can do things that are not possible on any other desktop, such as playing back 18 streams of ProRes video.

Built from a single aluminium extrusion with a square footprint of 7.7 inches and a height of 3.7 inches, the Mac Studio takes up very little space and fits under most displays. It also features a thermal design with double-sided blowers, precisely placed airflow channels, and over 4,000 perforations on the back and bottom of the enclosure. This guides air through the internal components and helps cool the high-performance chips.

On the back, the computer includes four Thunderbolt 4 ports to connect displays and high-performance devices, a 10Gbit Ethernet port, two USB-A ports, an HDMI port, and a pro audio jack for high-impedance headphones or external amplified speakers. Wi-Fi 6 and Bluetooth 5.0 are built-in as well.

Since users frequently connect and disconnect devices, like portable storage, it includes ports on the front for more convenient access. There are two USB-C ports, which on M1 Max supports 10Gb/s USB 3, and on M1 Ultra supports 40Gb/s Thunderbolt 4. There is also an SD card slot on the front to import photos and video.

Apple provided the following information on the Mac Studio’s performance:

The Mac Studio starts at $1,999 (US). Additional configure-to-order options are available at apple.com/store. Local pricing and availability have not yet been announced

Continue Reading
You may also like...
Related Topics:Apple, featured