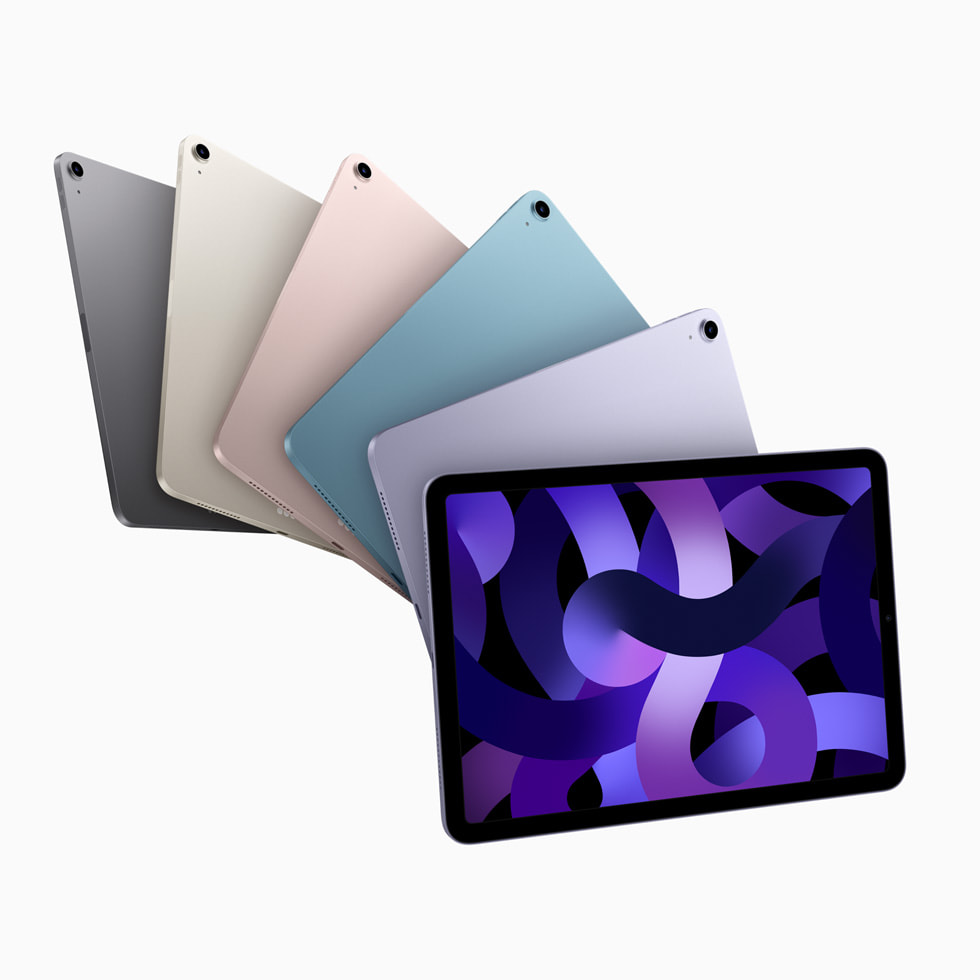 Apple last night introduced the new iPad Air with the M1 chip. Available in a new array of colours, the iPad Air also features the new Ultra-Wide front camera with Center Stage for a more natural video conferencing experience, a USB-C port with up to 2x faster transfer speeds, and 5G on cellular models.

The breakthrough M1 chip in the iPad Air delivers a giant performance boost to the most demanding apps and workflows, with high power efficiency and all-day battery life. The 8-core CPU delivers up to 60% faster performance, and the 8-core GPU delivers up to 2x faster graphics performance compared to the previous iPad Air. Combined with the CPU and GPU, the 16-core Neural Engine power advanced machine learning (ML) functions that enable a better experience.

From editing multiple streams of 4K video, to playing graphics-intensive games, redesigning a room in 3D, and more realistic augmented reality (AR), the performance of the M1 processor enables users to do more with a tablet.

With 5G, the iPad Air can reach peak speeds of up to 3.5Gbps in ideal conditions. With eSIM and Wi-Fi 6 support, iPad Air offers greater flexibility when users need to get connected — from accessing files to communicating with colleagues.

The USB-C port is now up to 2x faster than the previous generation, with data transfers up to 10Gbps, so importing large photos and videos is much quicker. The port connects iPad Air to a vast ecosystem of USB-C accessories, including cameras, external storage, and displays with up to 6K resolution.

Wi-Fi models of iPad Air are available in the US with a starting price of $599 and 5G models start at $749. The new iPad Air, in 64GB and 256GB configurations, comes in space grey, starlight, pink, purple, and blue finishes. Local pricing and availability have not yet been announced.

Continue Reading
You may also like...
Related Topics:Apple, featured, iPad