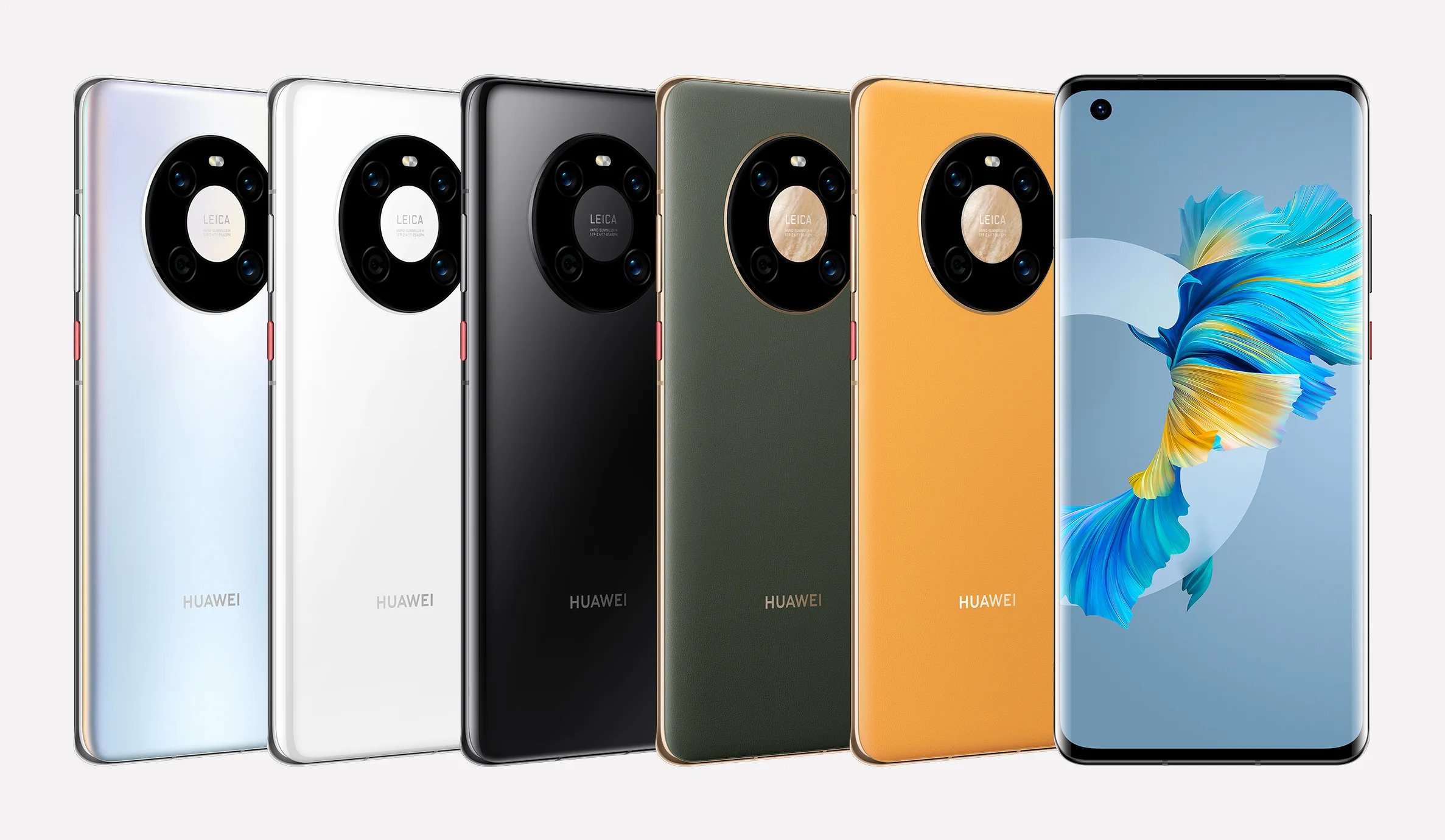 It’s an Android 10 device, thanks to the previous version of Android going open source, but it still does not offer the Google Play Store. Android apps can be “side-loaded” from the Web.

Huawei’s Mate 40 Pro and Mate 40 Pro+ feature an 88° viewing angle Horizon Display, to creates an immersive viewing experience from virtually any way one looks at the screen. On the panel, the devices carry a long front camera cut-out, which is packed full of technology, with 3D Face Unlock, an Ultra Vision Selfie Camera and Smart Gesture Control. The handsets also offer IP 68 dust and water resistance, a choice of both virtual and physical volume controls and enhanced mistouch prevention algorithms.

Turn the devices over and you will see that the Mate 40 Series adopts the Space Ring Design, a design similar to the Mate 30 but, at a glance, looks like an iPod’s clickwheel.

The newest Mate is powered by the Kirin 9000 Series chip, which is equipped for 5G, capable of handling intensive computations, and multi-tasking operations. Huawei let Apple have the glory of having the only 5nm smartphone on the market for about a week before the Mate was announced with its own 5nm chip – which is also larger and holds 30% more transistors than the iPhone’s A14 chip.

For the first time in a smartphone, the flagship 5G SoC has more than 15.3 billion transistors, making it one of the most dense and full-featured 5G SoCs to date. The CPU features a three-level power efficiency architecture with cores running at clock frequencies of up to 3.13GHz. Also integrated into the SoC is a 24-core Mali-G78 GPU, as well as an innovative NPU featuring two big cores and one tiny core, taking on-device AI to a new level.

The 24-core Mali-G78 GPU in the Mate 40 devices is the most powerful graphics chip Huawei has put in a device. This delivers advanced graphics performance and is complemented by an amazing audio-visual experience for immersive gaming. The 90Hz display works together with 240Hz touch sampling rate for greater responsiveness and now provides haptic feedback to correspond with the visual experience.

The Mate 40 devices are also equipped with the battery technology that is needed to keep up with the demands of 5G, supporting the fastest iteration of Huawei’s SuperCharge technology.

Capturing high quality footage is now possible with Steady Shot on the Mate 40 devices, while the XD Fusion HDR Video ensures balanced exposure, even when users are capturing with extreme lighting contrast. Other evolutions include Tracking Shot, while Story Creator allows for cinematic effects.

The Mate devices have users with dirty hands in mind with the new Smart Gesture Control, which allows total hands-free control of the device. Users can hover their hands over the device to wake it up or navigate the device by swiping left, right, up and down. There is also an air press gesture for call answering.

The EMUI 11 operating system (running on Android 10) features comprehensive privacy and security solutions to protect Huawei users. The Trusted Execution Environment operating system is CC EAL5+ certified, which is the highest certification level for commercialised security microkernel. EMUI 11 also comes with new privacy features. When transferring images, users can purge sensitive personal data, such as location, time, and device details, from the file before it is sent.

As you’d expect, the only drawback is no Google Services. The devices run a variant of Android 10 that’s powered by Huawei Mobile Services (HMS). That said, more apps are onboarding to Huawei’s App Gallery so it’s just a matter of time before this becomes a Google Play Store equivalent.

The Mate 40 devices are available in Black and White, as well as an enchanting iridescent Mystic Silver. There are also two vegan leather variants, Yellow and Green. The Mate 40 Pro+ features two more colours with a nano-tech ceramic back panel available in two colours: Ceramic White and Ceramic Black.

Pricing and availability of the Huawei Mate 40 series in South Africa will be announced at a later stage.

Smile and wave: aliens could be watching