The IT landscape is changing at a rapid rate, leaving many CIOs scrambling to keep up. This makes it easy for cybercriminals to exploit flaws in an organisation’s legacy systems, writes BRANDON BEKKER, MD of Mimecast South Africa.

The IT security landscape is changing at a rapid pace, leaving security professionals scrambling to keep up. There is a lucrative industry for stolen private data, not to mention extortion with attacks like ransomware and so-called CEO fraud. Cybercriminals are making money hand over fist by exploiting flaws within organisations’ technology and processes.

CEO fraud or whaling is a highly targeted form of email spear-phishing. Here the criminal sends an email that appears to be from an individual or business that you know (often the CEO or CFO), the kind of person unlikely to be challenged to identify themselves properly. By impersonating your boss, cybercriminals use email to get you to send valuable data or wire funds to them.

Ransomware uses malware that prevents or limits users from accessing their systems, forcing them to pay a ransom through certain online payment methods. Only once they have done this will they be able to access their systems or get their private data back.

These types of malicious attacks exploit human frailty. The criminals know that computers don’t make mistakes, people do. So as technical defences have strengthened, they are turning to the people in front of the technology and exploiting them instead. They know that a successful attack on employees means they can effectively circumnavigate your traditional technical protections – a simple spear-phishing email with a malicious attachment or web link can open up your systems to further attack.

Cybercriminals know they can take advantage of the fact that employees often lack even basic cybersecurity awareness, making them vulnerable to well-crafted social engineering attacks like spear-phishing. So if you run a business (or its IT security) this targeted attack on your employees needs to be taken as seriously as an attack on your technology. Invest in technology and technical resources, but don’t forget staff training.

Dimension Data’s 2015 Global Threat Intelligence Report showed that attacks against businesses and professional services increased from 9% to 15% last year. The rise in threats, such as ransomware and spear-phishing, have seen cybercriminals cashing in, while businesses are left to deal with the devastation.

Cybercrime statistics posted by the South African Banking Risk Information Centre (SABRIC) reveal that South Africans lose in excess of R2.2 billion to internet fraud annually. The statistics have pegged South Africa as the most targeted country on the African continent.

So, just how much are cybercriminals making? A lot. The Cisco 2016 Annual Security Report has pointed out that attackers make around $34 million (nearly R546 million) in gross yearly income through ransomware per campaign. And the FBI reported losses due to CEO fraud or whaling in excess of $2 billion in under two years. And these are losses recorded from just two ‘emerging’ attack strategies.

Keeping the bad guys out means building a human firewall around your business and its data, to match the capabilities of your IT firewall.

Security gets an upgrade – with a few glitches

Video doorbells are all the rage in the USA. Can they work in South Africa? SEAN BACHER tries out the Ring Video DoorBell 2 and Floodlight Cam. 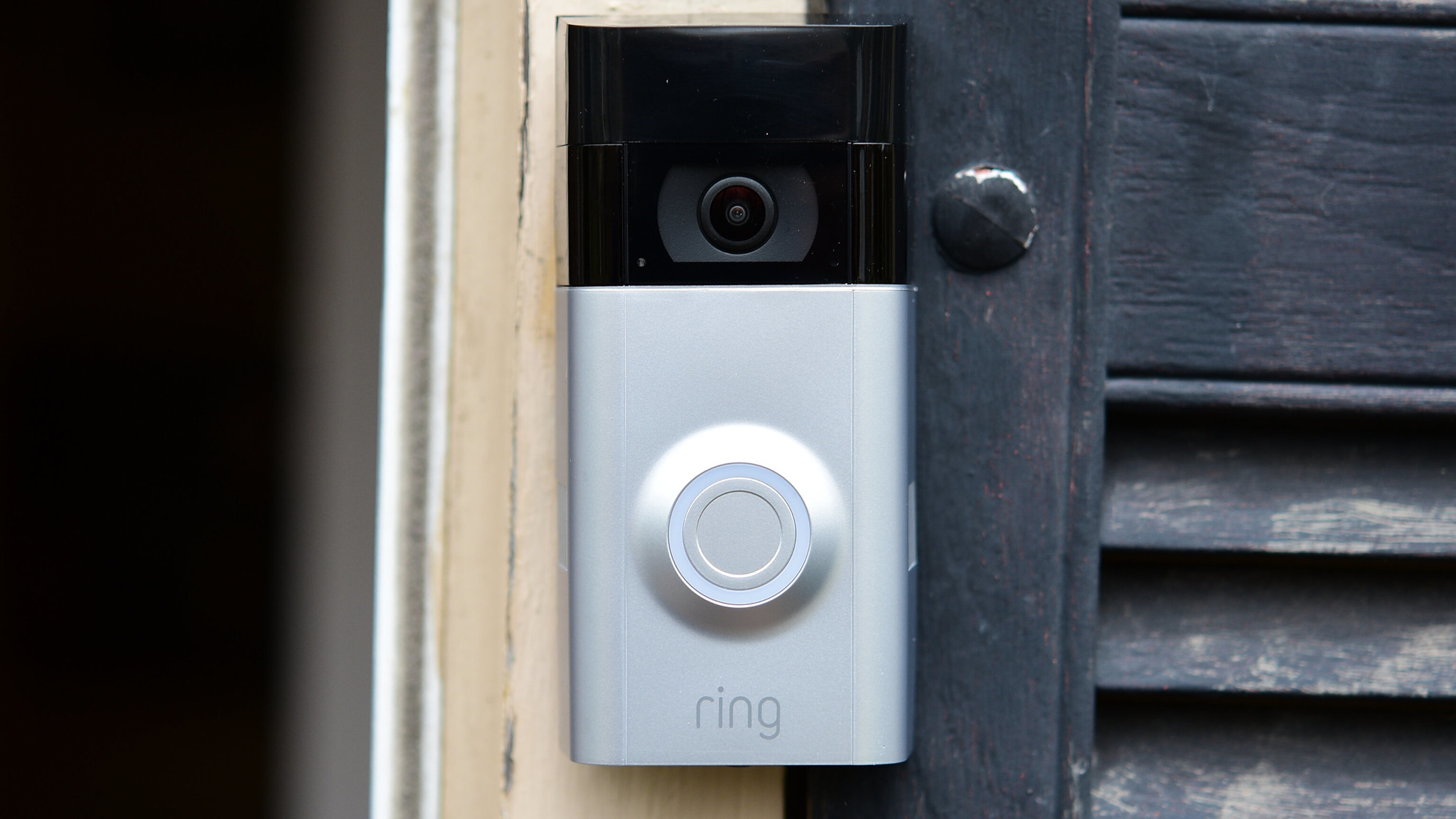 IP cameras have become synonymous with both business and home security. They are readily available, fairly inexpensive and, in many cases, easy to install.

Many are wireless, allowing one to place the camera anywhere within Wi-Fi range. As a result, they are a solution that can be customised to suit any type of security situation.

First up is the Ring Video DoorBell 2

It doesn’t look much like your normal intercom system, except for the miniature eye that keeps track of mischief that may be happening.

Setting up is fairly easy. All one needs to do is connect it to the network by pushing the connect button, create an account on the downloaded smartphone app and get started with customisation and certification. Features like sensitivity, alerts, and numbers where these alerts need to be sent can all be preprogrammed. It is then just a matter of positioning the doorbell to get the best video coverage.

Getting the correct position may take some time, though, as cars and pedestrians may set it off.

Next up is the Floodlight Cam

This works much the same as the doorbell. However, it needs to be mounted to a wall. Ring has you covered there: in the box you will find drill bits, screws and even a screwdriver to help you secure the camera.

You will have to set alerts, phone numbers, and sensitivity. The spotlight allows you to change what time it should light up and shut down, and the package also includes an alarm, should its beams be broken.

Although this all sounds good, there are a few drawbacks to the Ring solutions. Firstly, unlike the United States, where doorbells are stuck in the vicinity of a front door, allowing them to connect to a network easily, many houses in South Africa have gates that need to be opened before one can reach the front door. This means that the bells are on or near the gate, and they are unable to connect to a home or business network.

Now, however, Ring has launched a Wi-Fi extender, but this requires an additional set-up process – and a fairly expensive one, considering the camera cost.

The Ring devices come with Protection Plans that automatically upload any triggered recordings to the cloud, allowing you to view them at a later stage. This trial period only lasts for 30 days, after which the plans can be extended from R450 for a three month period, up to R1 500 for a twelve-month period.

The attention to detail in the packaging and the addition of the tools really does put the Ring in a class of its own. No short cuts were taken in its design, and you can immediately see that it’s no rip-off. However, the Protection Plans need to be looked at carefully in terms of their costs.

Aside from this challenge, I found the devices very handy inside my house. For instance, a few times my external alarm or fence would sound, at which stage I would get a notification from my armed response – while I was away. But I easily logged in to Ring from my phone to check if anything strange was happening – all in a matter of seconds and while I was sitting all the way in Berlin.

The devices are rather expensive, though, with the Video Door Bell starting at R3 500 and going up to R7 990, and the Floodlight Cam going for R5 000. It all adds up quickly.

The cost means these solutions may not be quite ready for the South African consumer looking for a complete external perimeter security system.

Despite the Protection Plans, I did find them very handy inside my house. For instance, a few times my external alarm or fence would sound, at which stage I would get a notification from my armed response.

But, I easily logged in to Ring from my phone to check if anything strange was happening – all in a matter of seconds and while I was sitting all the way in Berlin. 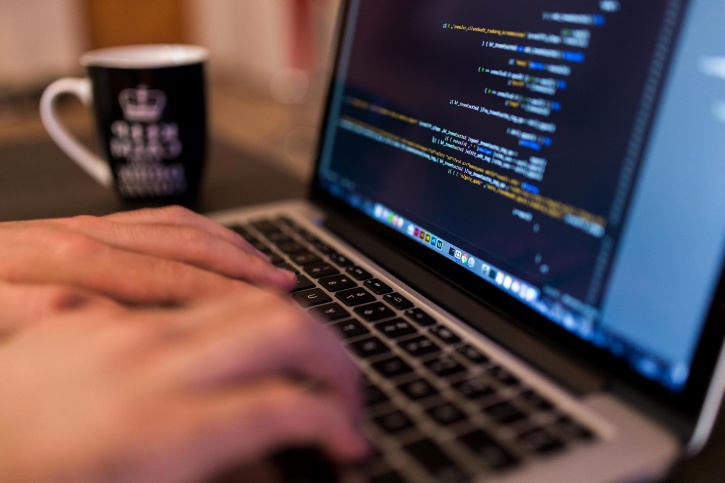 People’s love for technology has let businesses weave it, and themselves, into our lives, transforming how we work live and interact in this new world which we at Accenture are referring to – in our Tech Vision 2020 – as the “post-digital era.” But now we are being held back.

At a time when people see the potential of embracing technology more deeply into their lives, systems and services built for a old era are not supporting where people want to go. The next five years will see radical transformation as technology is realigned to better reflect people’s needs and values.

We look at the latest emerging trends that will transform how we live in work in this fundamentally different post-digital world.
Tech trend 1: “The I in experience” – helping people choose their own adventure

The next generation of technology-driven experiences will be those that make the user an active participant in creating the experience. Businesses are increasingly looking to personalise and individualise experiences to a greater degree than ever before, but are faced with stricter data regulations and users that are wary of services being too invasive. To address this, leading businesses are changing the paradigm and making choice and agency a central component of what they deliver.

Businesses will have to tap the full potential of AI by making it an additive contributor to work, rather than a backstop for automating boring or repetitive tasks. Until now, enterprises have been using AI to automate parts of their workflows, but as AI capabilities grow, following the old path will limit the full benefit of AI investments, potentially marginalise people, and cap businesses’ ability for growth. Businesses must rethink the work they do to make AI a generative part of the process. To do so, they will have to build new capabilities that improve the contextual comprehension between people and machines.

As enterprises convert their products into platforms for digital experiences, new challenges arise that, if left unaddressed, will alienate customers and erode their trust. Now that the true value of a product is being driven by the experience, a facet of the product that enterprises have traditionally retained strict control over, businesses must re-evaluate central questions: how involved they are with the product lifecycle, how to maintain transparency and continuity over product features, when is a product truly “finished”, and even who owns it?

Robotics are no longer contained to the warehouse or factory floor. Autonomous vehicles, delivery drones, and other robot-driven machines are fast entering the world around us, allowing businesses to extend this intelligence back into the physical world. As 5G is poised to accelerate this trend, every enterprise must begin to re-think their business through the lens of robotics. Where will they find the most value, and what partners do they need to unlock it? What challenges will they face as they undergo this transformation, and what new responsibilities do they have towards their customers and society at large?

Businesses should assemble their unique innovation DNA to define how their enterprises grow in the future. Maturing digital technology is making it easier than ever before to transform parts of the business, or find new value in share tools with others. The three key building blocks of innovation DNA are:
Continue on the digital transformation journey
Accelerate research and development (R&D) of scientific advancements and utilise elements such as material sciences and genomic editing to ensure practical applications are leaving these labs quicker than ever before
Leverage the power of DARQ (distributed ledger technology, AI, extended reality and quantum computing) to transform and optimise the business
Differentiation in the post-digital era will be driven by the powerful combinations of innovation and these building blocks will enable exactly that.

Essentially, this new digital world is more intimate and personal than ever imaginable, but the models for data, ownership, and experience that define that world have remained the same.

Tech-clash is a clash between old models that are incongruous with people’s expectations. The time to start transformation is now. To this end, businesses need to defuse the tech-clash, build human-centered models and foster deeply trusting relationships.

For more information on how Accenture can help enterprises adopt the latest tech trends to future-proof their businesses in the post-digital era, go to: https://www.accenture.com/za-en.