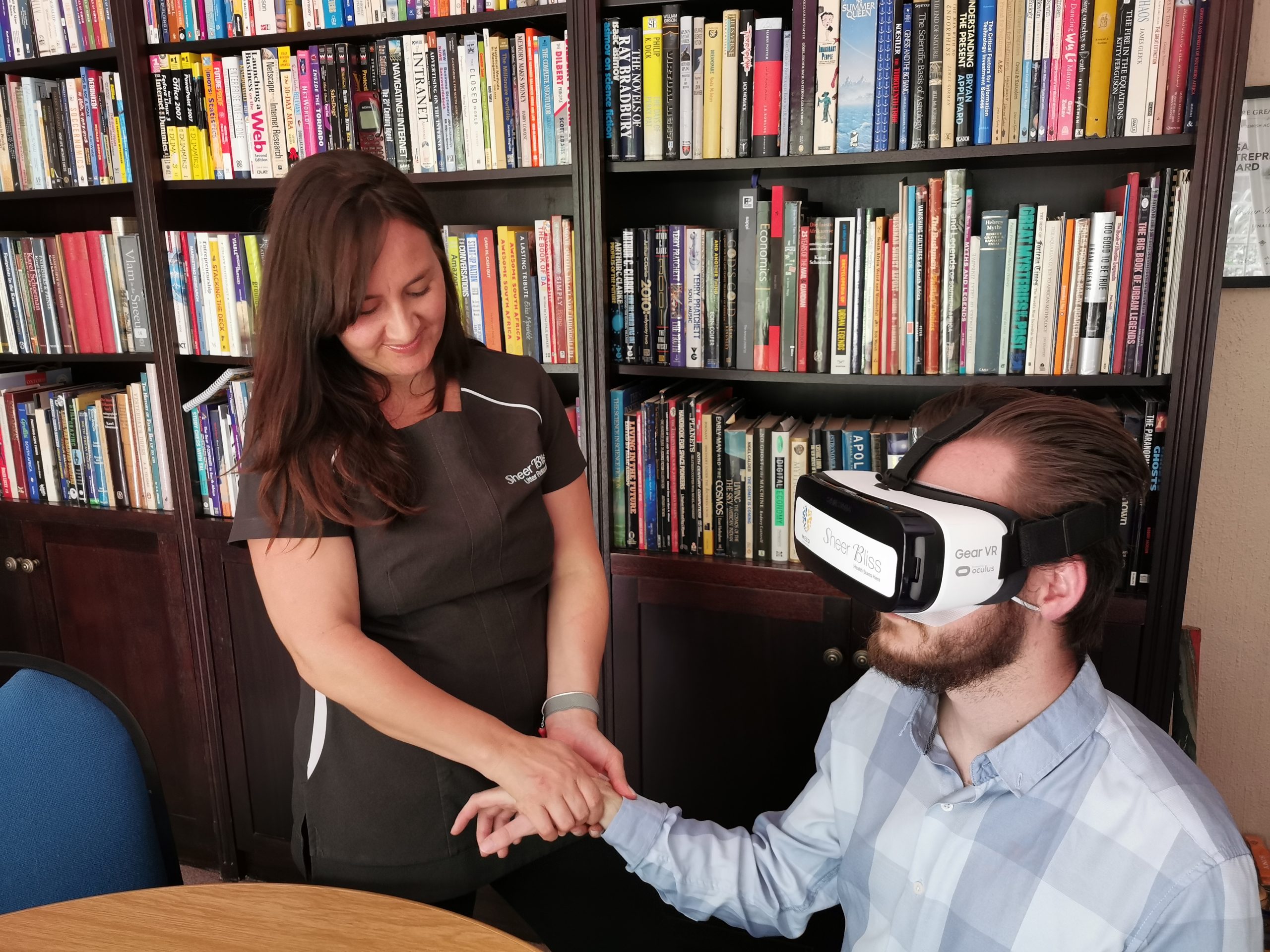 Imagine you are sitting at your office desk, stretched by deadlines and stressed by office politics. A minute later, you are sitting on a idyllic beach, watching the sunset, and someone is gently massaging your neck.

That’s probably a common fantasy, but now it is also a reality, thanks to the next big step in massage therapy. The ancient art is being transformed by virtual reality (VR), with massage clinics and therapists the world over discovering the transformative power of the technology.

In South Africa, the revolution is led by a company called Sheer Bliss, which works in the corporate space, mainly visiting company offices and call centres. The massage is quick – typically 6 minutes – but the combination of working the most stressed muscles and offering a brief escape to a beach paradise amplifies the experience.

Massage therapy goes back in history several thousand years, first as a sacred form of natural healing in India and later to pamper royals and the rich in ancient Egypt. These days, it is democratised, at least if you can afford it. But thanks to VR, it can now become a mass market experience. Sheer Bliss conducts an average of 27,000 massages a year, with teams in Johannesburg, Cape Town and KZN. Its mobile massage concept means it can also cater for conferences and large sporting events.

However, it’s not so much a case of VR saving the massage industry, as massage giving VR a boost, by providing a wonderful use case for its practical application.

“We needed to find something new to offer our customers,” says Nadine Hocter, founder of Sheer Bliss. “At the same time, we were looking at a way to future-proof the business. I was really lucky in that a group of MBA students at GIBS were given Sheer Bliss for their innovation project.

“We spoke about various ways of making our original massage more immersive. VR was mentioned, but it was in a meeting with a client who wasn’t biting that we sold the idea. Without realising it at the time, our business moved into a class encompassing the 4th Industrial Revolution.”

Visit the next page to more about how Sheer Bliss became the first virtual reality massage therapy business in South Africa.