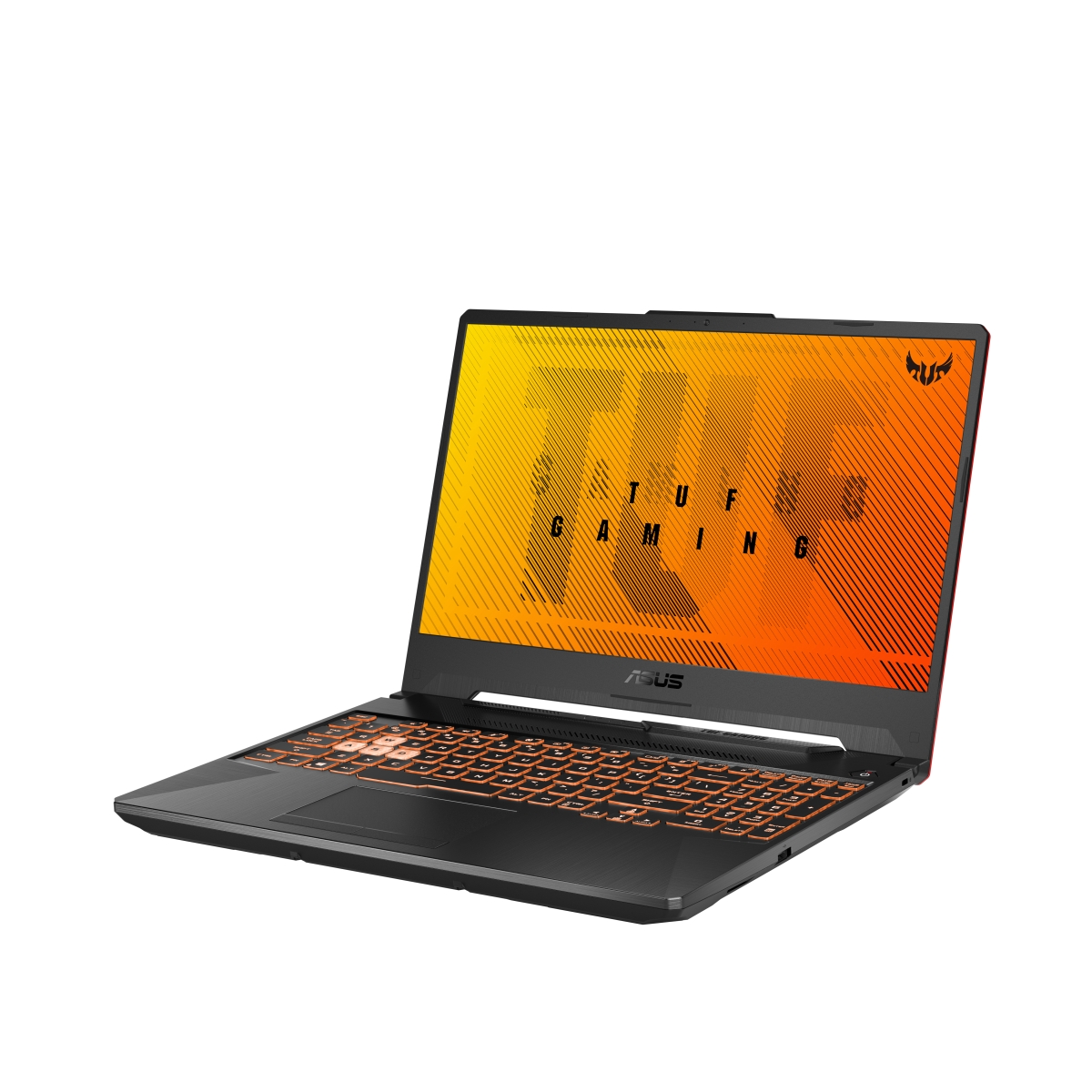 Budget gaming laptops have never looked so good. Asus strikes a balance between price and performance with The Ultimate Force (TUF) Gaming A15 laptop. As components become less expensive, the build quality of budget laptops has changed drastically – and the TUF Gaming A15 feels more premium than most premium gaming laptops out there.

The versatility of this gaming laptop makes it ideal for a ‘slashie’ like a gamer/student. The design is also not as flashy as you’d expect from a gaming laptop, and could definitely pass as a regular laptop in a boardroom. If users want flash, though, it can be enabled with the RGB colour keyboard.

The laptop’s exterior is matte black with four screw-like indents on each of the four corners, giving it a rugged look. The laptop comes in at 24.7mm at its thickest point and weighs around 2.3kg. When opened, the first thing you see is a massive narrow-bezelled screen, followed by brushed metal palm rests. These complete the laptop’s premium feel.

One of the best aspects of the laptop is the AMD Ryzen 7 4800H CPU, with a whopping 8 cores and 16 threads. In the past, one would expect an Intel Core i5 or i7 processor in a gaming laptop. But now, with the higher performance AMD has been providing with the new Zen-2 architecture, it’s not difficult to see why Asus has decided to go AMD. In short, the performance of this CPU is out of this world for gaming and video editing.

To pair with a great CPU, Asus has fitted an Nvidia RTX 2080 GPU, which makes it excellent for gaming and streaming that game to YouTube or Twitch at the same time. We tested streaming to Twitch while playing Rise of the Tomb Raider at 1080p on the “very high” graphics setting, and it consistently stayed well above the output of 60 frames per second (fps) for Twitch. Without Twitch, we scored around 104 (fps) for the game, which is the highest score we’ve seen in a budget gaming laptop.

The screen is a Full HD 144Hz panel that uses IPS technology, which makes games look smooth and allows for wider viewing angles. The screen measures in at 15.6” at a 16:9 aspect ratio, which shows off how much Asus is pushing the limits with its thin-bezel display technology.

One of the biggest strengths of this device is its keyboard. Many gamers tend to use external keyboards, but they may just reconsider that after trying this keyboard. It has a deep key travel for a satisfying gaming experience and it features a different level of transparency on the WASD keys for faster access. When it’s time to work, the keyboard is very comfortable to type on and is decently spaced, with a Num pad for financial calculations.

To go with the great keyboard is the fantastic trackpad, which is large and comfortable to use. The trackpad is usually the forgotten part of a gaming laptop, because manufacturers know gamers will be using mice when they game, but this trackpad is great to use outside of gaming applications.

To top the laptop experience off, the TUF Gaming A15’s enormous 90Wh battery can get  through around 6 solid hours of streaming Netflix or about 7 hours using lighter applications like Word and Excel.

Overall, this laptop shines for having a great CPU and GPU combination, a great screen, and a great trackpad and keyboard combination. It would be ideal for those who want to get into gaming but needs something practical for school or work.

The TUF Gaming A15 will be available from Evetech today.