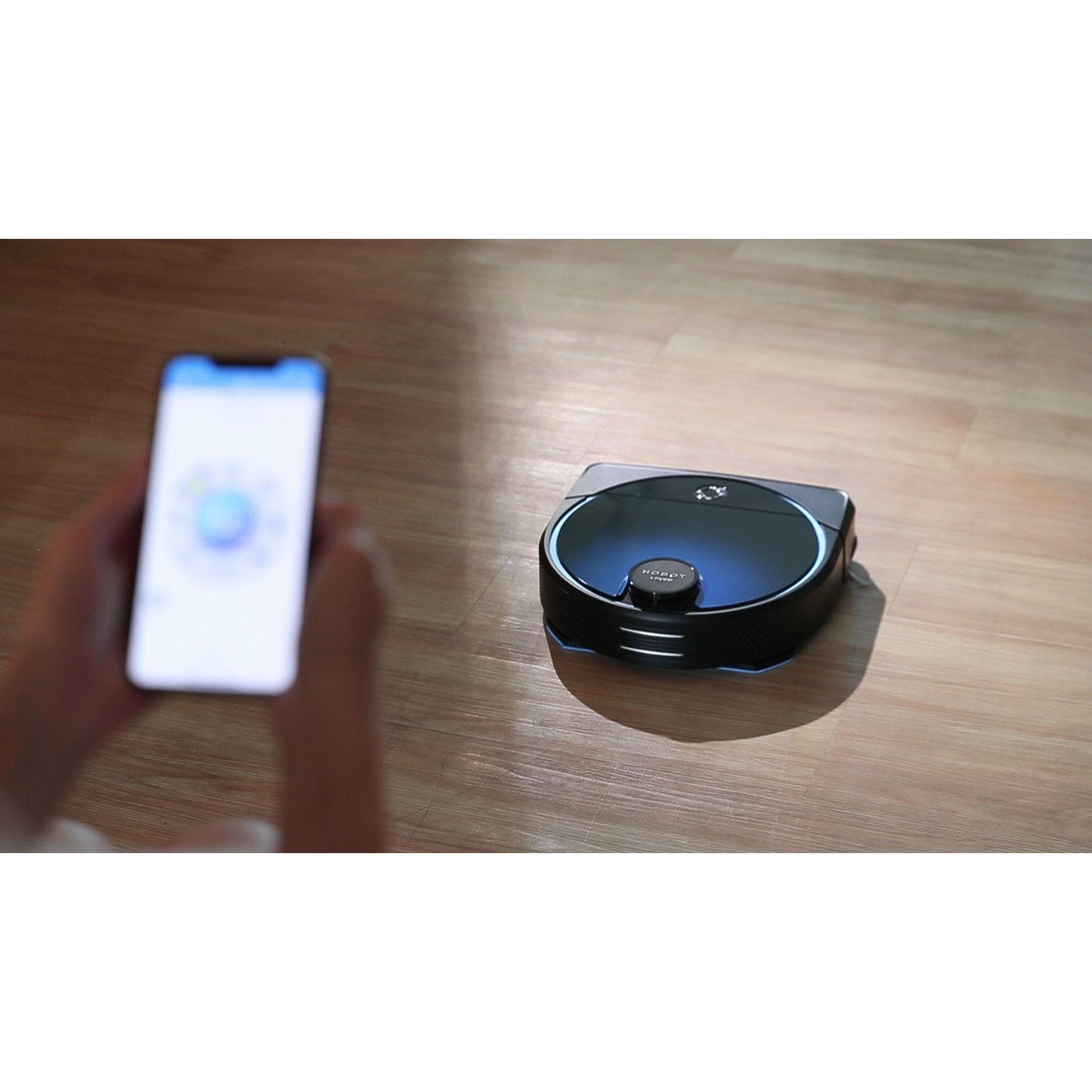 It’s just two months since we tested the Roomba robot vacuum cleaner from iRobot, and it already seems one can’t move for bumping into robotic assistants.

This means that alternatives to the market leader must offer either better pricing, or more useful features. South Africa has seen two options that more than meet the first criterion, and battle for attention on the second. Both Hobot and Xiaomi robot cleaners are available locally, with each, in turn, halving the asking price set by the one before. That means the equivalent of the Roomba i7+, which retails for R15,999, will cost around R8,000 from Hobot and R3,900 from Xiaomi.

We tried the Hobot option, the Legee 7, described as a Mop 4-in-1, due in South Africa this month. Its main selling point is that it offers a combination of two robotic cleaning appliances, namely mop and vacuum cleaner, managed via a Wi-Fi-connected app, which incorporates a scheduler and real-time map. The map, in turn, includes features that speak for themselves: Map Memory, Room Divider and Virtual Barrier.

The app can be installed on both Android and Apple smartphones, and can be controlled by voice through Google Assistant and Siri. The mapping and movement around objects is made possible by a combination of LDS Lidar, gyroscope, an e-compass and a tool called Position Estimation r to detect and measure surroundings.

All of that is impressive, but much of it is becoming pretty standard. The Legee 7 stood out for two capabilities: superb automatic mapping of the spaces being cleaned, across multiple rooms, and seven specialised cleaning modes, when gentle vacuuming is not enough. These include Polish Mode, Dry Mode for hardwood floors, Strong Mode for deep cleaning, and Pet Mode for cleaning hair and paw-prints.

A virtual barrier, which draws an invisible line that the device may not cross, is a nifty feature, but it’s probably easier placing a physical barrier in the way, Like, you know, closing a door? To be fair, it’s useful for keeping the bot away from kids’ toys – or even the kids themselves – occupying specific floor space.

Does it work? The Legee 7 is especially adept at finding its way around furniture, for example cleaning efficiently around the legs of chairs in an office. It is superb for fine particles like animal hairs, for example, not so much for small objects that get tangled in carpets. That said, the specification for the Legee 7 states the device is only suitable for hardwood floors, so considering that, it does a good job on carpets.

The default voice, which sounds like a high-pitched robotic child, can become deeply irritating (“Legee go home” in that voice is cute only so many times), but thankfully can be replaced with a voice of choice.

The feature that constantly impresses is Legee’s ability to assess whether it has completed its task, and take itself back to its base station, where it recharges its battery,

While iRobot’s Roomba may be regarded as a global standard in robot vacuum cleaners, Hobot continually develops and patents its own proprietary technologies. At the same time, it cuts the cost of equivalent tech by as much as half, while bringing a unique edge to the category.

R7,999 from www.solencosa.co.za and select retailers.

Gadget of the Week: The new watch word