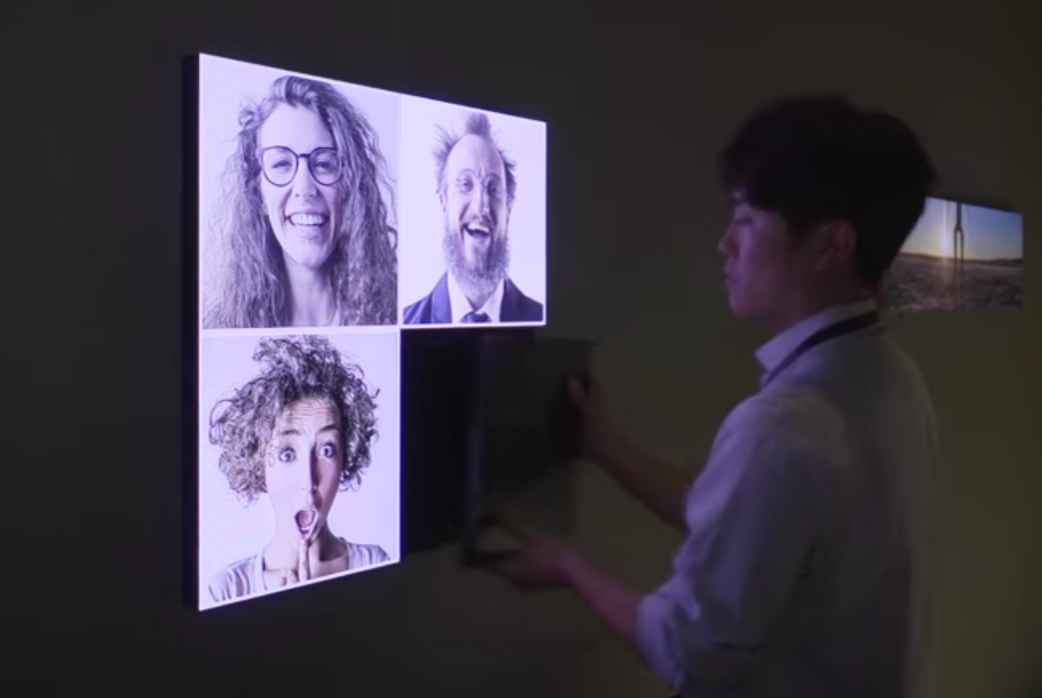 Assembling a TV to the size one requires, after buying it, is here. At a press conference on Sunday, on the eve of the Consumer Electronics Show (CES) in Las Vegas, Samsung showcased a 75” TV made of a collection of 12” by 12” micro LED panels, pieced together seamlessly.

Not every application for TV calls for widescreen, and that principle differentiates this TV: the panels don’t have to be clipped into a widescreen configuration to work. This makes square (1:1) or even vertical strip ratio configurations possible.

The customisable panel comes at an interesting time for screen ratios. Widescreen (16:9) has been a standard in movie content since the early 2000s, but some film-makers are opting to film in a wider-widescreen (18:9) for playback on the buttonless, all-screen Samsung and iPhone handsets. Other creatives may opt to show off their square videos on Instagram.

Repairability is also a major plus for this type of modular technology. For example, dead pixels have been a cause of discarding a TV in the past, while modular technology would only require a section of the TV to be replaced.

Micro LED technology is also a first from Samsung; it makes the embedded display technology even smaller and allows for an AMOLED-like viewing experience without the cost of potential screen burn-in.

“Micro LED will soon become a fixture of your everyday life,” said Andrew Sivori, vice president of Samsung Electronics America, at the press conference. “MicroLED will give you the power to create whatever you want, and to place it wherever you want it.”

Samsung has not announced when these panels will be available to consumers. It is likely that it is still evaluating market reception and the feasibility of producing the panels.