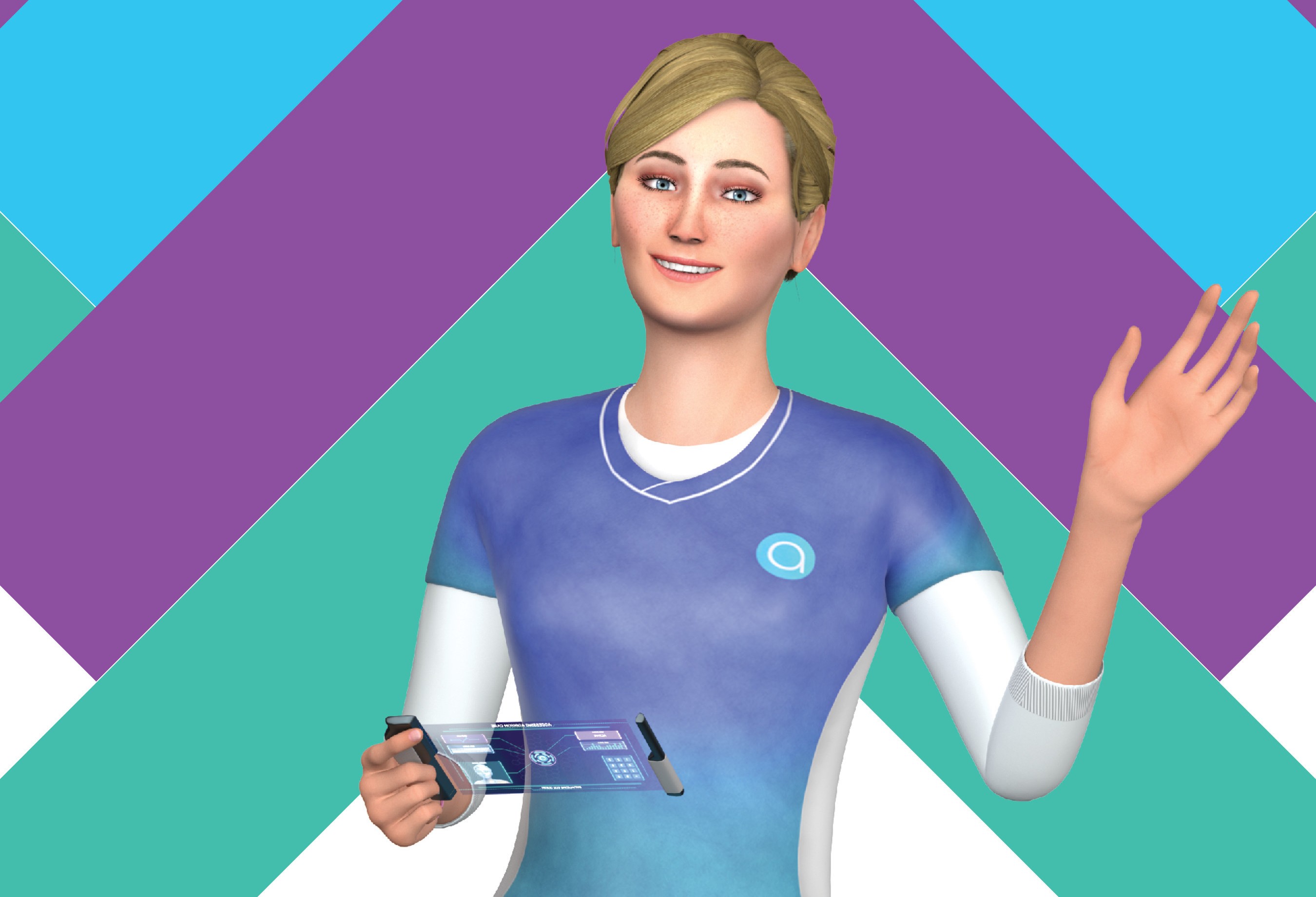 She has a face, body and endearing personality. Meet Addison, a conversational speech interface including visual, Artificial Intelligence and ambient augmented reality, created by Electronic Caregiver, a division of SameDay Security. Designed to transform the home into a full-time health and wellness environment, Addison appears on 15-inch media screens throughout a residence and provides support to consumers with features including medication management, care plan adherence, social experiences and emergency response.

It is also one of the highlights of the Consumer Electronics Show (CES) running in Las Vegas this week.

Addison joins a range of elder care tech at CES, such as , a robot built by Intuition Robotics that is similar to Addison, and Philips Care’s always-on, on-body remote sensors. uses a cognitive AI platform called Q, which makes effective human-robot interaction possible. It has the ability to make cognitive decisions with a user’s body language, lights, sounds, images, and speech. Philips Care on-body sensors allow the elderly to live while helping ensure their safety by dispatching the right kind of help.

What began as a futuristic concept for Anthony Dohrmann, CEO of SameDay Security, quickly became reality with the design, innovation and creation of Addison Care.

“We wanted to give new life to voice-based virtual assistants in a way that dramatically expands the utility of voice platforms, while significantly enhancing the user experience. Addison will transform the way people interact with technology. She uniquely inspires a feeling of affection, helping people connect and better embrace their new tech,” says Dohrmann.

Running on Amazon Web Services (AWS), the service was built using Amazon Sumerian, which helps organizations create and run virtual reality (VR), augmented reality (AR), and 3D applications quickly. With this tool, the team at electronic caregiver was able to bring Addison to life. They say that Sumerian has changed the way and speed at which they were able to develop Addison.

“Having a web-based platform like Sumerian that will host the complexity of artwork, skill and technology behind Addison has already set us apart,” says Joseph Baffoe, company President of SameDay Security. “What used to take us months or even years to create, now takes a matter of days. Amazon Sumerian has saved time and millions of dollars and can be credited with enabling us to create Addison.”

With the significant growth of the ageing population, Addison has set her sights on creating an enjoyable user experience in the home, while also helping to shoulder some of the burden home healthcare is experiencing. According to SameDay, high costs and low employee retention are two of the consistent pains in home healthcare. “10,000 people turn 65 every day and of the people needing home healthcare, only about 3% can afford it,” said Dohrmann. “We are encouraged that we will be the option these companies are able to provide to a prospective client who otherwise would have been turned away.”

Click here to see how Addison adapts to the users to whom she is exposed.

Previous Page1 of 3Next Page
Related Topics:CES 2019companion robotsfeaturedrobotics
Up Next