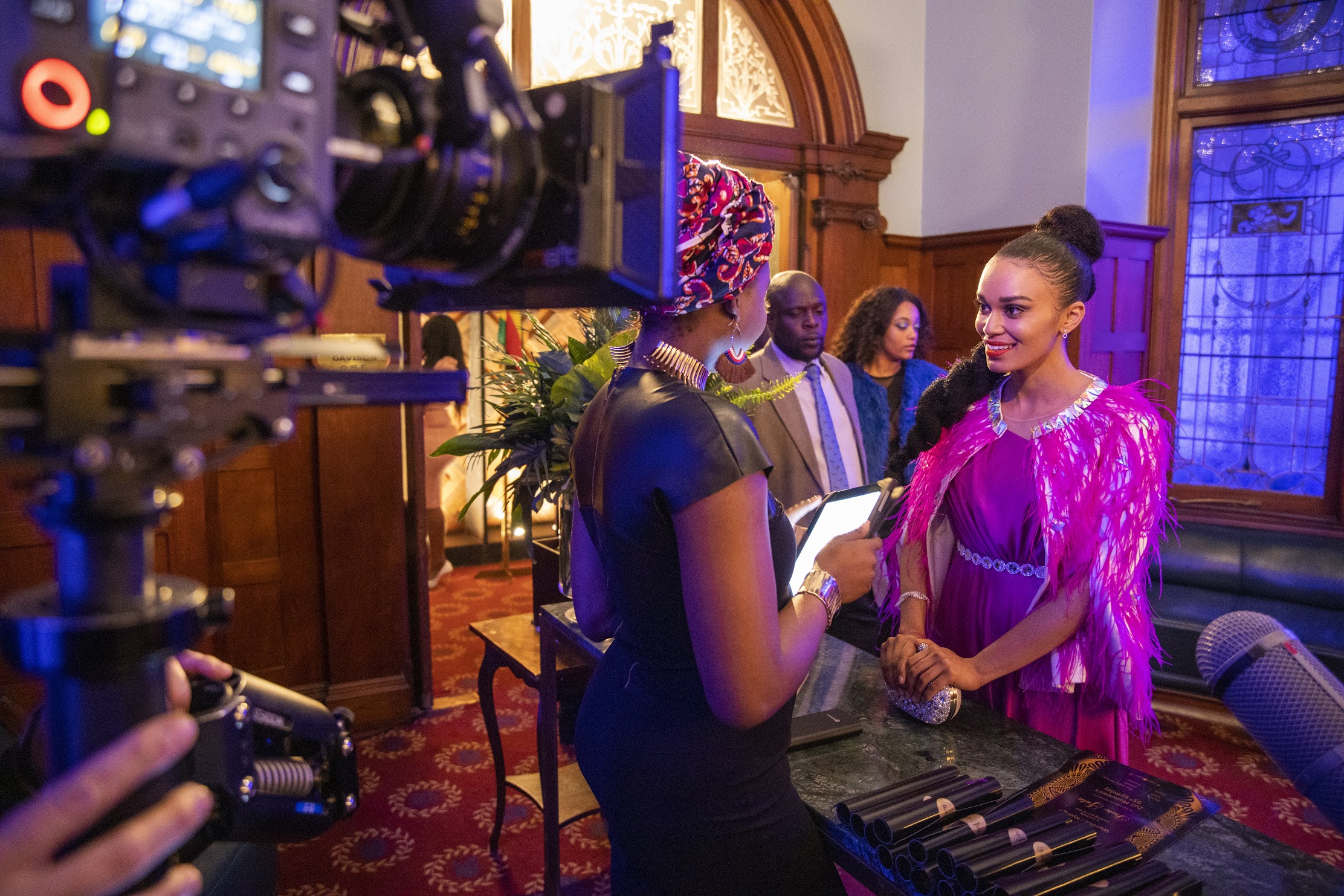 In the heart of Johannesburg, a house is about to make history as one of the first homes to have a South African Netflix Original filmed inside. During filming, it’s surrounded by a dozen large trucks that carry props, camera equipment, set equipment and equipment needed to make this production a reality.

We chatted with Queen Sono’s writer, director, and showrunner, Kagiso Lediga, on set recently. He also heads up Diprente, the Johannesburg-based production company behind the show.

“[Being writer and director] gives one the ability to carry out the vision,” says Lediga. “I mean, it’s not just that I’m wearing many hats. But there’s the other creators, other HODs: from production designer to cinematographer, to the other writers that I work with. So it’s great, I guess that being a showrunner you kind of have to touch on all of those.

“It’s a huge responsibility in terms of carrying out the narrative. You know, sometimes what’s great is when you come up with an idea, and then when you see it when, either you’re sitting behind the monitor, directing, or while you’re sitting and editing, and you’re like ‘Whoa, that’s exactly how we imagined it’.”

The show is an action-packed series that follows Queen Sono, a highly trained top spy in a South African agency whose purpose is to better the lives of African citizens. While taking on her most dangerous mission yet, she must also face changing relationships in her personal life.

Of course, the gravity of being a Netflix Original means that Queen Sono will be put on a global stage, and will be available to stream in over 40 countries. We asked the show’s Director of Photography, Motheo Moeng, how the show’s image has been carefully crafted for a local and global audience.

“Overall, the treatment of the show is based on the characters we have written, naturally, and other spy films that we have looked at,” says Moeng. “So the treatment of her visually, and the look to the show visually, had that in mind. So as much as you wanted to treat it as an African show, we were well aware that it had to have international appeal.”

It’s also dangerous work getting the show to be perfect, Moeng says.

“It’s like being in a boxing ring, so there are days when you’re getting punched, there are days when you have to stand up and go. But overall, I guess the banter between myself and the first aiders is interesting. Our jobs are a direct contrast to each other; I’m trying to constantly light and make things look pretty, and he has to make sure we make the day, so if you stick around for long enough, you’ll see the love-hate relationship between us.”

Stunt Coordinators Grant Powell and Filip-Ciprian ‘Chip’ Florian have us a quick insight into how to get the actors (and film crew) ready for a spy movie’s action.

“[Most productions] have the same demands because they all have the same elements,” says Powell. “It doesn’t matter how big the movie, they’re still an actor. An actor still has to be trained. I still have to deal with the psychology of that. Convincing them that they can do it. So it really doesn’t matter the scale of the film, you’re still dealing with the same elements, which is training an actor from scratch sometimes.

“There was a combat scene with Queen Sono and the baddies, and she kicks one of them out the window, which is Chip by the way. So he goes through plate glass, goes over the balcony, three stories up and lands on a car. I thought that was cool. We had three weeks prep, which is great for a local show. You never get that, you’re usually learning on the day. That’s why the audience will instantly see the quality will be better because of this preparation. That’s what’s going to make this show stand out over and above anything that’s ever been done locally.”

Queen Sono is expected to be released exclusively on Netflix in 2020.