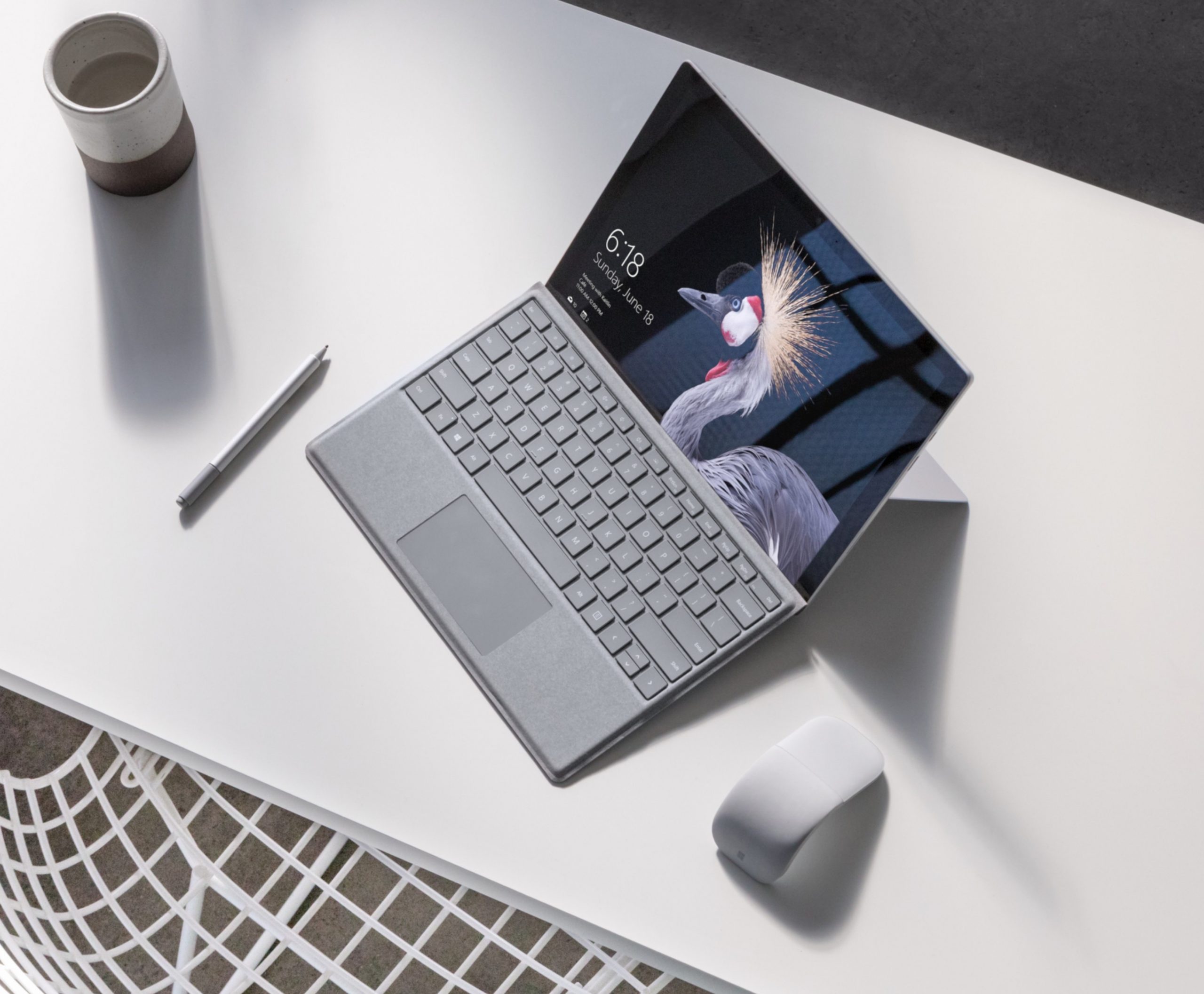 Ever since the first Surface touchscreen computers were launched by Microsoft way back in 2012, they have been just put of reach for South Africans. Available in the company’s own branded stores as well as online, they were intended to be premium products to showcase Microsoft’s software and ecosystem. The idea was that computer makers would replicate the Surface designs – or, at least, use them as a basis for their own designs.

The hybrid between tablet and laptop gave new momentum to the stop-start story of a computer format that would soon be called the 2-in-1: a laptop with detachable display that could be used as a stand-alone tablet, with the Surface adding a built-in kickstand. However, poor sales of early editions compelled Microsoft to invest more heavily in both engineering and performance refinements designed to take on Apple’s leader in ultra-thin and ultra-light laptops, the MacBook Air. (full disclosure: this story is written on a MacBook Air)

It took less than three years to achieve the aim: the Surface Pro 3, released in 2014, turned the division profitable the following year, generating a billion dollars turnover in just one quarter.

The reason? For those to whom aesthetics are important, it was a thing of beauty. Every bit as gorgeous as the MacBook Air, it made a style statement as well as an impact on productivity. But that didn’t bring it closer to South Africa. The closest I ever got to it was trying the latest versions every time I got to mall-based Microsoft stores during international travels.

Those days are gone, from every point of view: regular travels to global tech events are a dim memory; Microsoft announced last month it will close all its physical stores to focus on online; and – the good news – it will start bringing the range into South Africa at the end of this month.

During a media briefing on Wednesday, Microsoft South Africa managing director Lillian Barnard announced that the current versions of both the Surface Pro and the Surface Notebook will arrive in the country on 29 July. Rarely, hype around the arrival of new computers will be justifiable.

Vithesh Reddy, consumer and channel marketing director at Microsoft SA, put it in perspective during the media event: “The Surface family has always transcended market expectations within the consumer or corporate segment, providing devices at the leading edge of innovation and establishing new benchmarks for excellence. At each iteration, we innovate the entire Microsoft ecosystem, ensuring our devices evolve into a line of products that cover the widest possible range of individual and business use cases.”

The Surface range covers a wide array of devices and formats, but only two devices will initially be brought to South Africa: the Surface Pro 7 and Surface Laptop 3

The Surface Pro 7 is an “instant-on” 2-in-1, powered by a 10th Generation Intel Core processor, using Fast Charging and a full-day battery for normal use. It is fitted with USB-C and USB-A ports for connecting to other devices.

The Surface Laptop 3 offers serious competition to the MacBook Air, having what Microsoft calls “thin, light, and elegant design, offering rich tone-on-tone colour options and new metal keyboard finishes”. Significantly, it promises up to 11.5 hours battery life in typical use. It is available in 13.5-inch and 15-inch formats, both with a touchscreen. It is also instant-on, with the 13.5-inch and commercial 15-inch models powered by 10th Generation Intel Core i5 or i7 processors, and the consumer 15-inch edition running on an AMD Ryzen mobile processor.

Reddy did not shy away from direct comparisons with the opposition:

“Our 13-inch Surface Laptop is the highest rated in terms of customer satisfaction and has faster performance and improved graphics compared to previous generations. It’s now three times faster than a MacBook Air. The 15-inch offering is lighter than the MacBook Pro 15 inch. Its best-in-class keyboard is now joined by an almost 20% larger trackpad for easier navigation.”

That these are seriously cool devices will startle many who still think of Microsoft hardware in terms of the now extinct Windows handsets that hastened the demise of the original Nokia mobile phone business. How did Microsoft get it so right this time?

“Microsoft has shown that it is very serious about hardware,” Reddy told us after the launch. “We are an ecosystem business. We depend on our partners and other OEMs (original equipment manufacturers, who build devices around the software), who likewise have also launched very slim, sleek, cool hardware that’s starting to create brand love with consumers.

“When you combine Windows 10 and what it delivers in terms of that user experience, with the right hardware, a slim device that starts up quickly, with the right features, you are really starting to create love for Windows devices. That is the core of our mission.”

Why, then, did it take so long for the devices to come to South Africa?

“Microsoft is very calculated,” said Reddy. “We run very thorough market assessments when we plan new launches. As we start to see more demand and we start to understand the market opportunity, we evaluate new markets on an ongoing basis, and the timing is right. This is the first country in Africa that will officially have our Surface products.”

He indicated that the range available in South Africa would increase over time: “We are always looking at expansion. There’s a lot of other products in the family that we would want to see at some stage in the South African market, but that’s something that we will assess. We are an ecosystem business, so Windows devices are available across different price points for education, for business, for SMEs, for entrepreneurs, for home-schooling.”

In a time of lockdowns and remote working, the devices come into their own, with the laptops featuring 720p f2.0 high-definition (HD) front-facing cameras, and the 2-in-1 housing a 5MP front-facing camera with 1080p full HD video, and an 8MP rear-facing autofocus camera with 1080 full HD video. Reddy said the range had not needed adaptation for the new ways of working or learning.

“All the devices have been optimised for whether you work from home, or work from a corporate environment. When you look at the surround speakers and the quality of the cameras that are embedded in the devices, that plays to video calling, it gives really good experiences. So for anybody using a Surface product at home or at work, there shouldn’t be any difference in experience. The only difference would be dependent on how fast their connection is.”

The devices won’t be cheap. Recommended retail pricing for the Surface Pro 7 starts at R17,999, and for the Surface Laptop 3 at R22,999, from Incredible Connection stores and online via Vodacom.