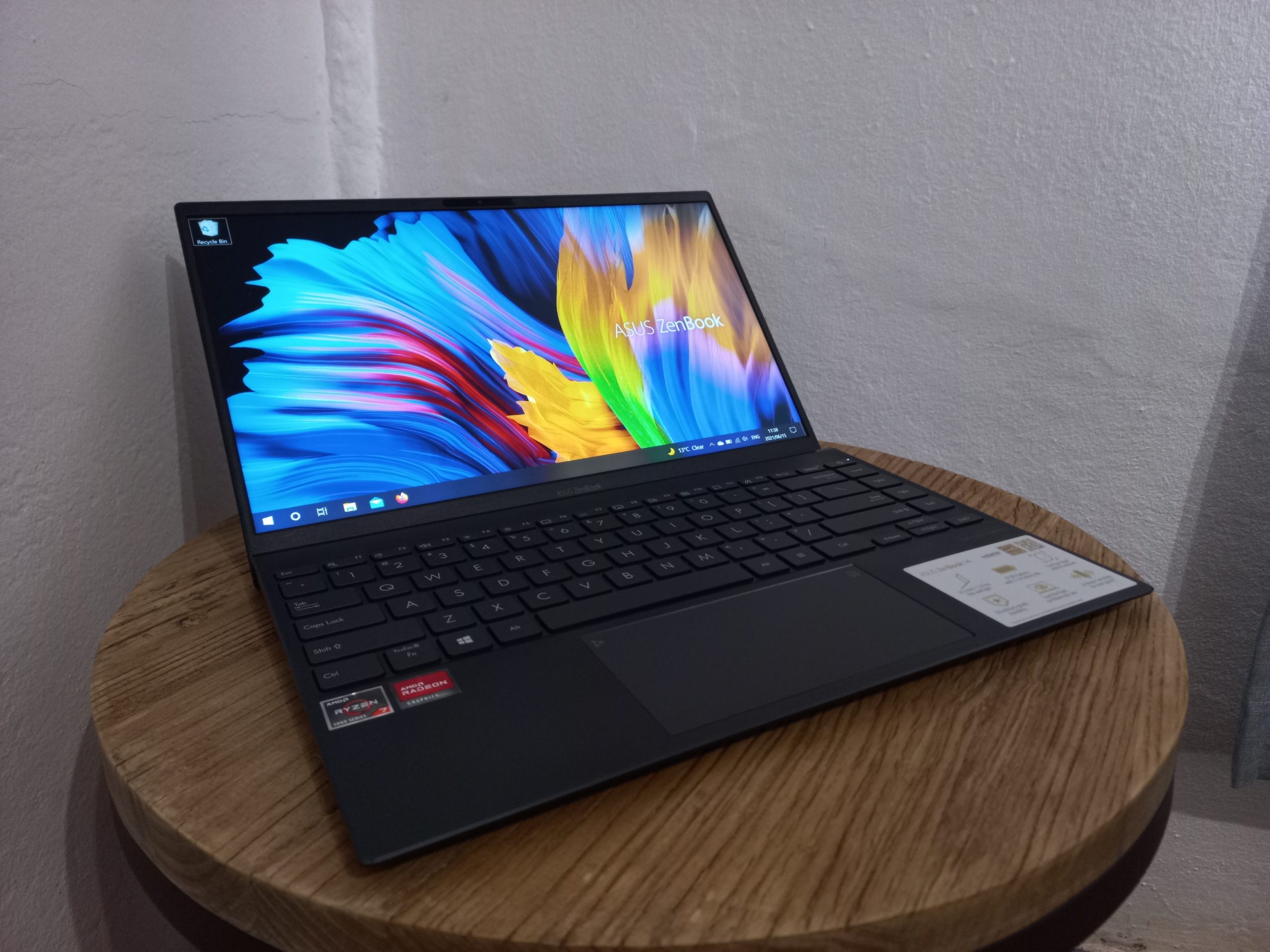 With the chipset competition heating up between Intel and AMD, some laptop brands that historically only used Intel have started offering AMD laptop processors. It’s rare to find a chipset agnostic brand like Asus in the laptop space, with brands like Dell being exclusively locked to Intel and others choosing to use AMD only.

While many consumers will likely choose the cheaper variant, which is in most cases AMD, there are some key differences between the processors and even on some of the applications that run on these systems.

For a fair comparison, we’ve reviewed both the Intel and AMD variants of the Asus ZenBook 14 UM425, with similar hardware apart from their chipsets. The Intel variants come with a choice of an 11th Gen Core i7, i5, or i3 processor, while the AMD variant comes with a Ryzen 7 4700U processor.

Comparing the AMD to the Intel i7-1165G7 variant on day-to-day battery usage, the AMD variant is the champion for all-day usage. Although the Intel variant is clocked down to 2.8GHz to save power, the AMD variant has 8 cores, some of which are tuned for efficiency, which ultimately results in 3 more hours of typical office and web browsing usage.

Now, one would think: I’m going to get the AMD variant and that will be good for everything. That holds true for most applications, but the 4.7GHz boosted clock speed of the Intel variant, while it’s connected to power, makes it more powerful than the Ryzen 7, which maxes out at 4.1GHz. Even though the Ryzen 7 has 8 cores, compared to Intel’s 4 cores, one has to know that their applications are fine-tuned to handle multicore processors and, in many cases, applications aren’t.

Programmers, especially heavy Python users, will need to opt for the Intel variant. AI coding assistants like Kite work far better with Intel processors when compared directly to the AMD equivalent. When we tested the same script-writing process on both machines, the Intel variant had fewer incorrect AI suggestions, which is due to the embedded Intel Deep Learning Boost algorithm that’s built into the processor.

Both models feature ultra-fast NVMe storage, which performed equally as fast on both variants. For Intel Optane Memory lovers, there is an option for this on the ZenBook 14, only on the Intel variant.

The screens are both full HD 14-inch panels with great colour replication, reaching 100% RGB, and slim bezels with a 90% screen-to-body ratio. The ports are also identical on both models, with two USB-C ports, one USB-A port, a full-sized HDMI slot, and a microSD card reader. The interfaces between the variants are different, with the USB-C ports on the Intel being Thunderbolt 4 while the ports on the AMD variant are USB 3.2 Gen 2.

Intel’s chipset takes first prize for connectivity. It features Wi-Fi 6 with Gigabit performance, while the AMD variant offers Wi-Fi 5. This is something to keep in mind as Wi-Fi hardware evolves in malls, cafés, and even in one’s home.

AMD’s chipset, however, takes the lead with graphics performance. The embedded Intel Xe Graphics is far superior to the Intel UHD graphics that came before it, but both still don’t have the performance to match AMD’s Radeon graphics. Overall, most games will be comfortable on low graphics settings on the Intel, while the same games can run on medium on the AMD.

Overall, the Intel variant of the ZenBook 14 is for power users who want the latest tech, while the AMD variant is for the casual user who wants the best battery life and casual gaming.