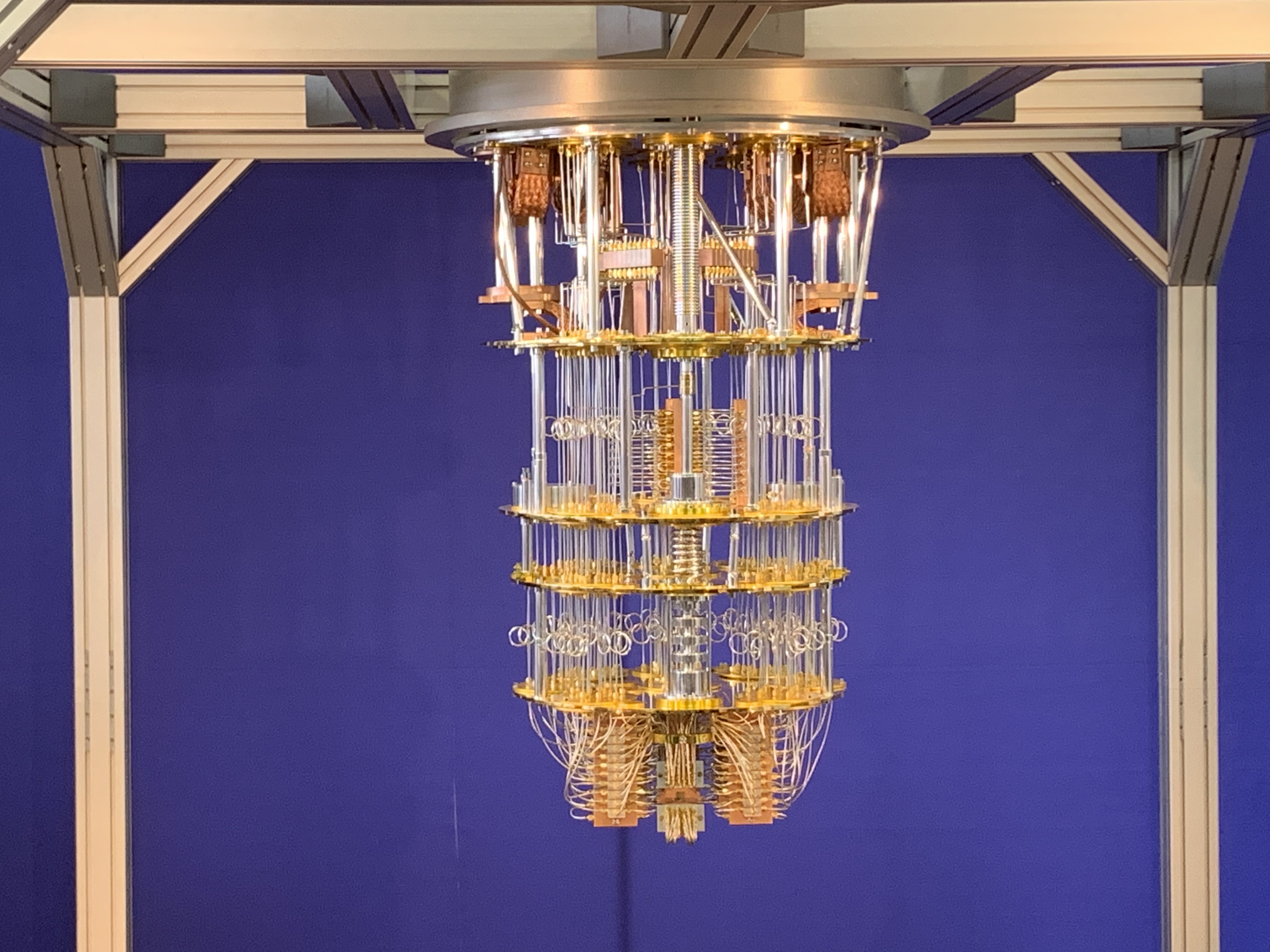 Now for a computer that gets 200 times colder than outer space.

In June, IBM announced the expansion of its quantum computing efforts to Africa, via a new collaboration with the University of the Witwatersrand (Wits University) in South Africa. Wits is the first African academic partner in the IBM Q Network and will be the gateway for academic collaboration across South Africa, and to the other 15 universities that are part of the African Research Universities Alliance (ARUA).

This week, at Wits University’s Tshimologong Digital Innovation Precinct in Johannesburg, IBM physics researcher Dr. Heike Riel demonstrated how the latest in quantum computing manages to cool its processor down to around 15 millikelvin, or -273.135°C.

“The interior of the quantum computer allows the exponential power to do things that classical computers can’t,” she said. “They perform computations very differently to what we’re used to. They are using qubits, and quantum bit processors, and they are housed at the bottom of the machine.

“Another important part of this system is the cryostat, which is the cooling system. All the shiny metal components are needed to cool down the processor so the processor can do the calculations. On the top layer, it cools down form 300K, which is room temperature, to about 40K. At this point, nitrogen is already liquid. On the second layer, it’s cooled to about 4K, where helium becomes liquid. Then it goes down to 800 millikelvin, then to 25 to 15 millikelvin in its final stage.

“In order to use the laws of physics in this kind of a system, you have to avoid noise. This why we cool it down to this level. The information is very fragile in this processor, and without the cooling, the quantum information will get lost. Apart from the machine that’s here, there is also another machine that interfaces with this machine to control it. That’s how it works”

Quantum computing should help to solve certain problems – such as chemical simulations and types of optimisation – that are beyond the practical reach of classical machines. IBM first made quantum computers available to the public in May 2016 through its IBM Q Experience quantum cloud service. It has doubled the power of its quantum computers annually since 2017.

Professor Zeblon Vilakazi, Wits Deputy Vice-Chancellor: Research and Postgraduate Affairs, said: “This is the latest outcome of the joint partnership between IBM Research and Wits, which started in 2016 when IBM opened its second lab in Africa in Wits University’s Tshimologong Digital Innovation Precinct. To expand the IBM Q Network to include Wits will drive innovation in frontier-technologies and benefit African-based researchers, academics and students who now have access to decades of quantum computing capabilities at the click of a button.”

It is anticipated that researchers at Wits will investigate the use of quantum computing and machine learning in the fields of molecular biology, with a specific focus on HIV drug discovery and cosmology. The teams will also jointly study quantum teleportation with IBM, a field pioneered by IBM Fellow Charles Bennett.

“For Africa to remain competitive for the coming decades we must get the next generation of students quantum ready,” said Dr. Solomon Assefa, VP of Emerging Market Solutions and Director, IBM Research – Africa.

Prof. Vilakazi said: “Having access to IBM Q is pivotal for Wits University’s cross-disciplinary research program and allows our researchers in quantum computing, artificial intelligence, and in the broad natural sciences, including in laser technology, quantum optics and molecular design, to leverage the next level of discovery research. It’s envisioned that the first results from this collaboration will be forthcoming in the next two years.”

More than 10 million experiments have run on the public IBM Q Experience and users have published over 160 third-party research papers. Developers can work with Qiskit, a full-stack, open-source quantum software development kit, to create and run quantum computing programs.

To further increase skills development, IBM Q is hosting an invite-only Qiskit Camp in South Africa this December for 200 quantum researchers and computer scientists where they will learn in an immersive environment and receive hands-on training.

For more information about the IBM Q Network, as well as a full list of all partners, members, and hubs, visit https://www.research.ibm.com/ibm-q/network/

Businesses struggle to pay up