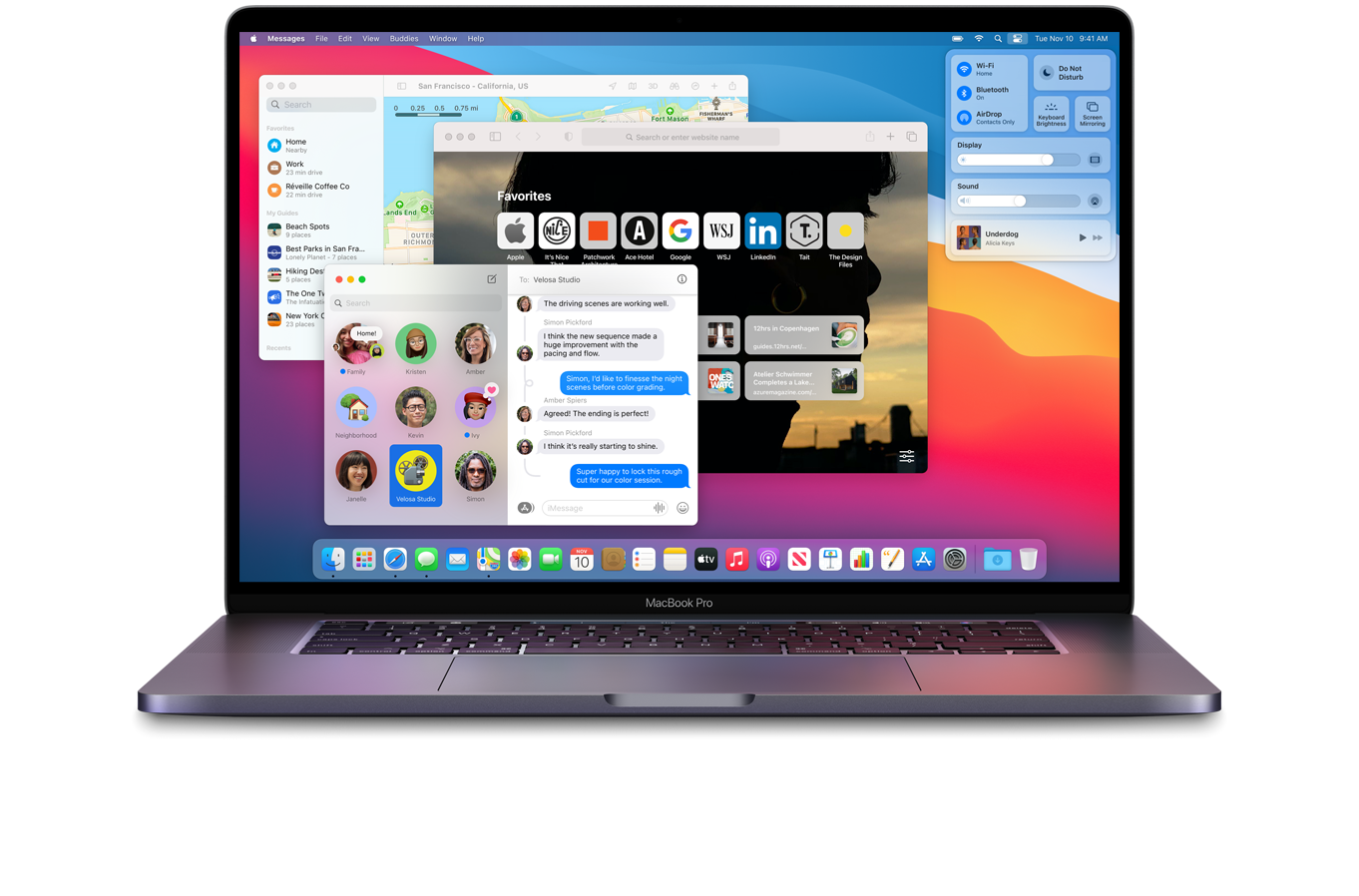 Apple’s latest version of its computer operating system, macOS Big Sur, is available for update now on most Mac computers since 2013. Nearly a month after the update’s release, the operating system has proven to be as stable as it is beautiful. We’ll walk you through five main reasons why you should upgrade:

We did a clean install of macOS Big Sur on a 2013 MacBook Air, one of the last models to support this update, and it performs much faster than before. There are likely a lot of system improvements under the hood that make this update well worth it for those using pre-2015 systems. One would expect the new update to use more system resources but, compared to macOS Catalina, it uses around 30% less RAM. The average CPU load on day-to-day tasks has also decreased by around 20%.

With fewer system resources being used, the 2013 MacBook Air lasts over half an hour longer than before when doing similar workflows. While Apple is punting their latest M1 chip MacBooks, the older Intel MacBooks can also get a serious boost in battery life from this software update

3. Better user interface (that matches the iPhone and iPad)

If you’re familiar with the Today View on iPad – and for those who aren’t, it’s the place where all the widgets sit on the left of the home screen – these useful widgets have come to macOS. Users can now have the refreshed iPadOS-style widgets, many of which come in three different sizes, to put on the right side of their screen in the notification centre. The built-in widgets include the weather, calendar, and a photo frame, but many more come with installing widget compatible apps.

Software updates and security patches will be applied in the background when they can, so you won’t have to restart the computer as often to perform updates. This is probably the best method to keep users up to date and secure while not forcing them away from their workflows.

On our 2016 MacBook Pro, we were surprised to get a huge feature update to the Photos app, which enables the Retouch tool that’s powered by machine learning. Sometimes there’s a blemish or a spot of food on someone’s shirt, and the Retouch tool makes light work of removing these artefacts from images while keeping the image looking natural.

Overall, it’s a great idea to keep your software up to date and macOS Big Sur has given us enough performance to put our seal of trust on it. To update, head to the System Preferences, and select software update.

Half of women claim IT decisions, but men differ