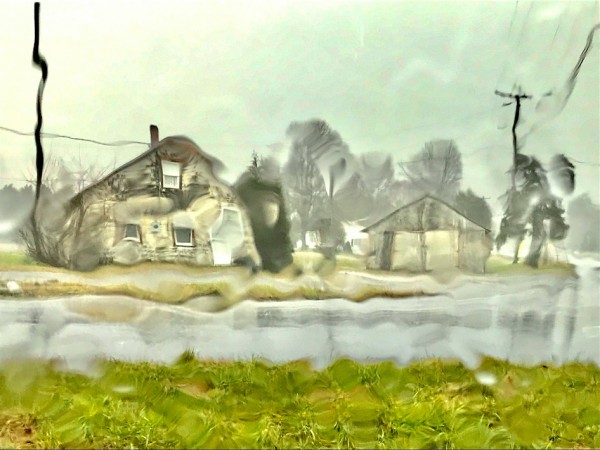 Think your daily coffee, boutique gym membership and airport lounge access cost a lot? There may be an additional, hidden cost to those luxuries of urban living, says a new Johns Hopkins University study: more flooding.

For every percentage point increase in roads, parking lots and other impervious surfaces that prevent water from flowing into the ground, annual floods increase on average by 3.3%, the researchers found.

The study was published today in Geophysical Research Letters.

“With recent major floods in heavily urbanized cities like Houston and Ellicott City, we wanted to better understand how much urbanization is increasing flood flows,” said Annalise Blum, a former postdoctoral fellow in Johns Hopkins University’s Earth and Planetary Sciences Department and the paper’s first author. Blum is now an American Association for the Advancement of Science (AAAS) Science & Technology Policy Fellow.

While previous studies have tried to estimate how much impervious surfaces affect flooding, those studies used smaller datasets—looking at only one stream or a small set of streams—that weren’t generalizable across the country. These studies also couldn’t isolate the cause-and-effect relationship between impervious surfaces and flood magnitude, says Blum, because they couldn’t effectively control for other factors such as climate, dams and land use. These other factors make it difficult to say how more impervious cover impacts flood magnitude.

Working with Paul Ferraro, a Bloomberg Distinguished Professor with joint appointments in the Carey Business School and the Department of Environmental Health and Engineering at The Johns Hopkins University, the research team employed mathematical models not often used in the study of water or floods.

“Inferring cause and effect in the environment around us is difficult. However, in the last few decades, fields like economics and biostatistics have made great advances in methods that can isolate cause and effect. By bringing these methods to hydrology, we hope that we can spur advances in hydrological science, as well as in the urban policies and programs that depend on that science,” says Ferraro.

Prior studies study single streams over time or multiple streams at a single point in time. These studies, separately, however, cannot determine if differences in floods are due to differences in impervious surfaces or changes in other factors.

Blum and colleagues created a data set that allowed them to leverage differences across both time and space to isolate the effect of impervious surfaces on floods. The research team analyzed 39 years of data (1974-2012) from more than 2,000 U.S. Geological Survey streamgages, which measure the amount of water flowing through a stream. The team then merged the stream data with data on the growth of impervious surfaces in the basins upstream of the gages.

The authors estimate that annual flood magnitude (defined as annual maximum streamflow) increases by 3.3%, on average, for every percentage point increase in patios, garages, pavement or other impervious surfaces.

“Due to the large variability in annual flooding, it is difficult to isolate the effect of urbanization. Combining these large datasets with both time and space dimensions allowed us to tease out and calculate the magnitude of the effect,” says Blum.

Blum hopes that researchers will apply the methods to other environmental challenges and use the results to prepare for unintended consequences of urbanization.

“If you’re looking at a basin that you expect will urbanize in the next five years, these findings will give you a ballpark estimate of additional flooding to expect due to that urbanization,” she says.

Other authors on this paper include Stacey A. Archfield and Karen R. Ryberg from the U.S. Geological Survey.

The Howard & Glenadore L. Pim Postdoctoral Fellowship in Global Change provided funding to Blum while she carried out this study.

One in five phishing attacks caught by AI author analysis