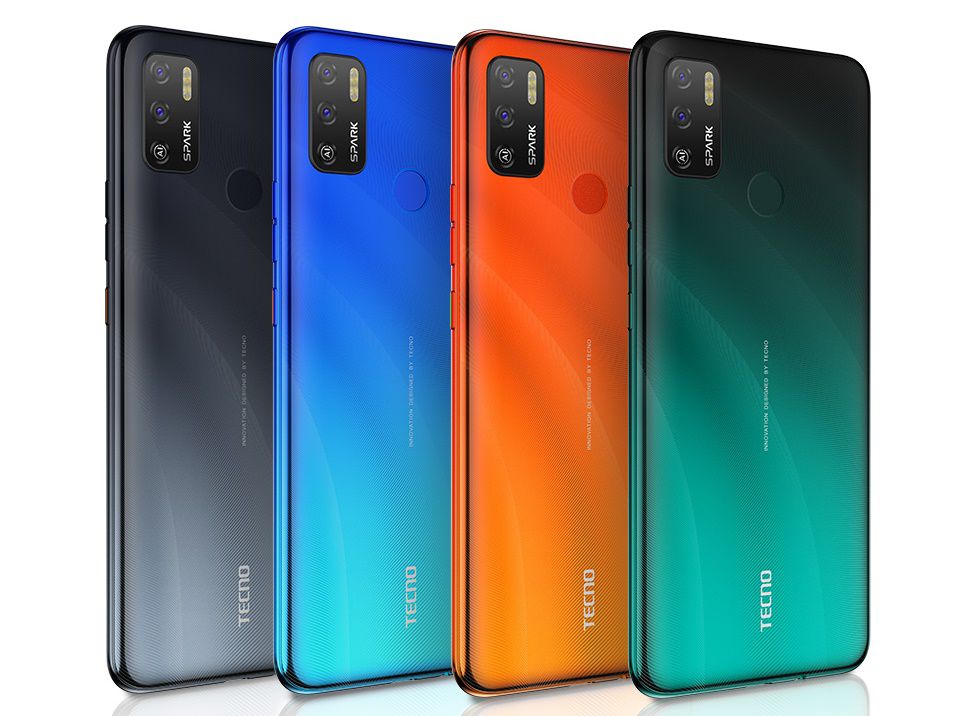 It’s a smartphone made for challenge. If that sounds ambiguous in an era of social media challenges, it’s because it is. The Tecno Spark 5 is a budget handset with the look of a high-end device, aimed at a youth market that wants great looks, good selfie performance and long battery life.

The latter is the standout feature of this phone from Transsion, a Chinese manufacturer that first established itself in Nigeria with brands like Tecno, Infinix and Itel. However, the first experience of the device is its look and feel. A solid feel belies the fact that it has a plastic casing, a two-tone blue rear gives the illusion of the kind of gradient colour one sees on slightly more expensive smartphones, and an elegant four-lens camera array on the back echoes the look and feel of far more pricy devices.

The front selfie camera is in the punch-hole style that Samsung popularized with its high-end Galaxy phones. That makes it less intrusive on the large 6.6-inch display, which has a 720x1600p display – basic high-definition, and sharp enough for a good experience for normal usage, like watching typical YouTube- or TikTok-style videos.

But getting back to that battery: for a budget smartphone, it has a massive 5000mAh power supply, which means that it can keep the phone fuelled for a full day of fairly active use. If one is sticking to calls and messaging, it can run a full two days. That is deeply significant in challenging conditions where one does not have access to a charging source for a day or more.

The main camera is a serviceable 13 MP lens, but with a great f/1.8 aperture, meaning it lets in more light for brighter and clearer images. A couple of years ago, f1.8 was standard on flagship phones. The main camera is supplemented by a 2 MP macro and 2 MP depth lens, allowing for a range of modes, such as beauty, bokeh and panorama shots.

Video shooting is in high definition, at 1080p and a reasonable in 30 frames per second, the front camera at 8MP, wide-angle with an f/2.0 aperture for selfies and those TikTok challenges.

The camera array is nicely complemented by Quad-LED flash, which means an array of flashes that make for a softer and more consistent light source in low-light shooting.

The standout camera feature, however, is the built-in artificial intelligence algorithms, which allow the camera to draw on a range of settings to identify the scene being shot. The settings of the camera should then be automatically adjusted to optimise the short, but it’s not always clear if it is happening, or how. That is one of the elements that sets apart high-end cameras, but they are usually powered by specialised AI-enabled processors, and the software is appropriately advanced. On the Spark 5, it comes across as just an alternative mode.

That said, one pays for what one gets in terms of true high-end features. However, at a cost of between R2900 (Technomobi) and R3500 (Takealot), it is astonishing what one does get in this package. It even comes with a clear screen protector already affixed to the screen, and a clear plastic case to protect the back.

Along with the higher-end Camon series released previously in South Africa, the Spark range provides Tecno with a great footprint for becoming a household name in South Africa. It may not conquer this market the way it has Nigeria, but it is slowly claiming a place for itself.