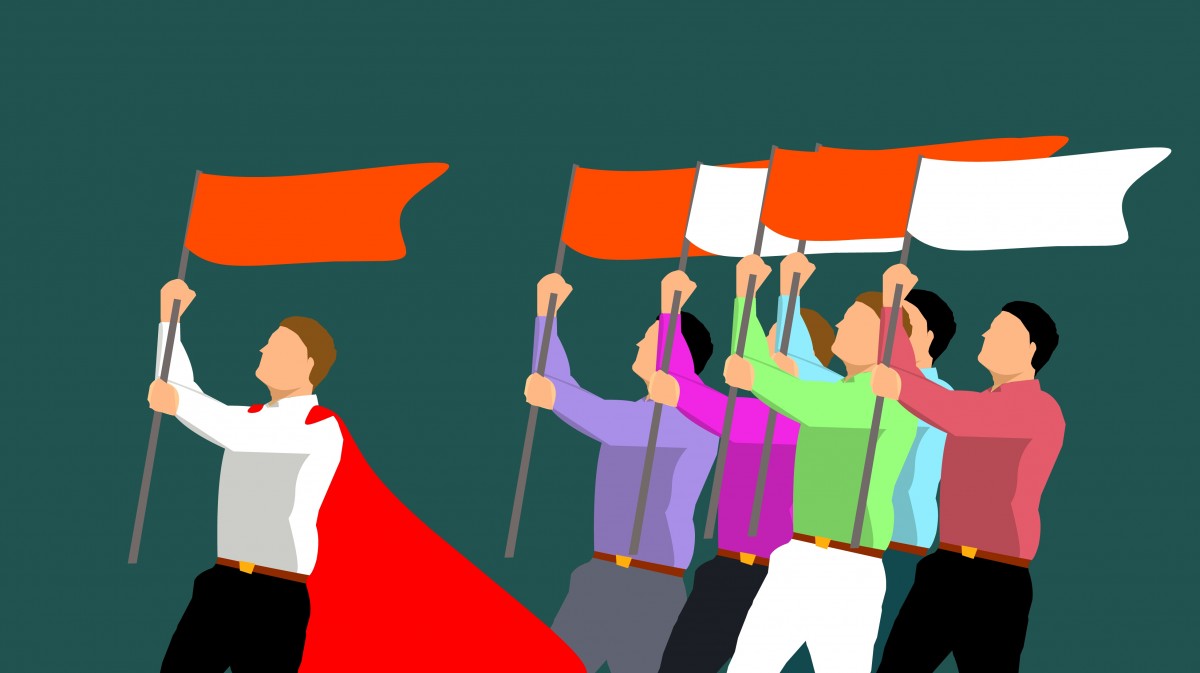 It is somewhat reassuring to learn that Nancy Giordano has 43,000 unopened emails on her computer. As a global “brand futurist”, she is in demand to lead transformation strategies at major corporations, and present her framework for visionary leadership at conferences and events. She is also a mother of three and a part-time lecturer at Singularity University in Silicon Valley.

If someone operating at the cutting edge of technology has such a cluttered inbox, the rest of us can be forgiven for not keeping up. However, she reassures us, she is on top of the important correspondence. Speaking at VeeamOn, a conference hosted by data backup and management company Veeam in Miami, Florida, she makes the case for “audacious leadering” as the key to being on top of the rapid technological change that the coming years will bring.

The main challenge, she says, is that we have three lenses into the future: through our work lives, our personal lives and as members of society. In each of these, the questions arise: What problem are we trying to solve; what is our role; how can we compete?

“This leads us to a permanent state of ambiguity,” she says. “So many things are happening at once in the world of business and technology, we’re not sure if we’re making the right decisions  anymore. How do we now when is the right time to act? How do we operate in a time of volatility, uncertainty, complexity and ambiguity?”

The reality for business, she says, is that we live in an F-I-O world”. That stands for “Figure-It-Out”.

“Nobody knows how to do it: you’ve got to figure it out. Part of it is an agile mindset. It’s not about spending a ton of money on research and development and hope to get it right, but starting with the most basic components and make sure you get them right.

“The iPhone didn’t start the way it is now; they caught up. So in human resources, for instance, it can be getting the hiring or onboarding process right, and build from there. On an individual level, it is teaching people that they have agency, that they are able to create something and it can start small.”

Giordano appears, at first, to be a strange fit for a Veeam event focused on cloud storage. But her message resonates powerfully.

Anthony Spiteri, a global technologist working in the product strategy group at Veeam, tells us in an interview that the trend in information technology (IT) is to make it more efficient and have tools to make the jobs of IT practitioners easier but functional, and to do more with less.

“Have a look at how software has evolved in the  last five to ten years: it’s, all about simplifying systems,” he says. “Ten years ago you had a lot more bells and whistles, and a lot more people needed to know how to make it work. Today it is all in a black box, and people expect to plug it in and work. Younger people want more of that black box plug-and-play experience.”

How does one combine the black box idea with an F-I-O world? Giordano says that one way large businesses are addressing the challenge is with “the idea of uncommon partnerships”.

“You have disparate companies coming together, like Pizza Hut and Toyota co-developing the e-Palette self-driving delivery vans,” she says. “Competitors on the retail stage become collaborators on the high tech stage. Executives are asking, with whom can we collaborate?”

The answer can appear unthinkable at first. In Houston 11 years ago, for example, petroleum engineers and cardiologists got together on the basis that they were both looking for better ways to pump fluid. The fact that one as dealing with oil and the other with blood did not prevent them from seeing the massive potential of cross-disciplinary collaboration.

The result was Pumps & Pipes, an association of medical, energy, aerospace, academic and community professionals and leaders. It has moved far beyond oil and blood, and now emphasises inclusivity across nations and disciplines, with the guiding principle to problem-solving being “exploring your neighbour’s toolkit”.

Says Giordano: “This is where value of diverse thinking comes into the picture. California was the first state to require women on corporate boards, not because it is politically correct, but because corporations with women on the board are on average 15% more profitable. It’s about having different backgrounds, different thinking, different education.

“This will be most crucial in artificial intelligence. Right now it is dominated by a homogenous group of people. The biggest thing to watch out for in AI is bias, how it was trained and what we ask it to do. Not because they are bad, but because they have a different perspective.

“It’s part of the development of our AQ, our adaptability quotient. The great news is you can continuously develop it. Curiosity, agile thinking, diverse teams, collaboration, are all part of it. You have to ask, What does the future need and expect of you? What are you in a unique position to contribute to the future?”

For executives, says Giordano, the answer lies in what she calls “leadering”. The difference between this and leadership is that the new concept is about being passionate.