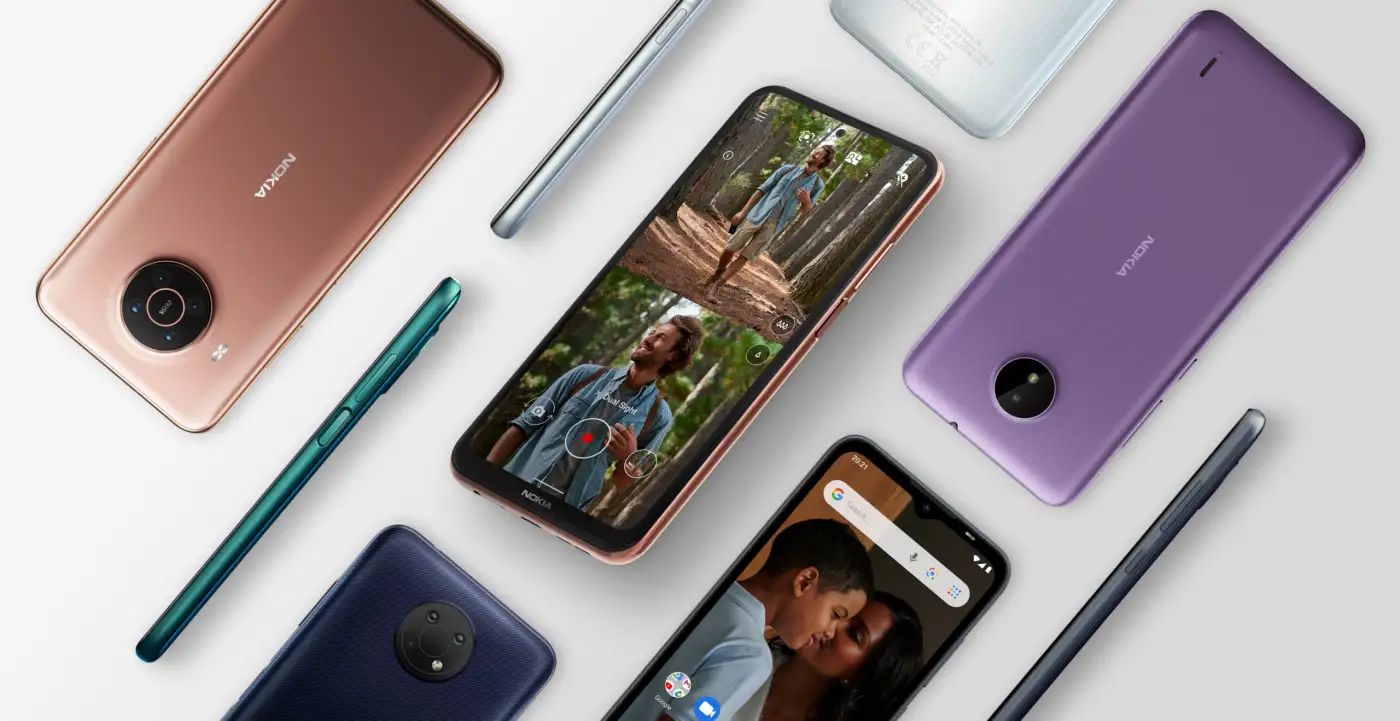 Nokia’s biggest launch event yet saw no less than three ranges and six handsets unveiled yesterday. The brief event was short on detail and large on promises, but the biggest promise of all is likely to be well-specced devices at highly competitive prices.

Florian Seiche, CEO of Nokia manufacturer HMD Global, announced the X-series, comprising the Nokia X20 and X10, defined by quality and durability; the G-series, made up for the G20 and G10, with innovative features and the longest battery life yet in one of its smartphones; and the entry-level C-series, with the C10 and C20 promising “smartphone essentials you’ll want to keep for many years”.

“Our approach to technology and business is human-first and that is reflected in this new smartphone range,” said Seiche. “Nokia smartphones come with security and software updates for extra peace of mind. And we want people to keep their phones for longer, thanks to our signature durability.”

The Nokia X20 and Nokia X10 are powered by the Qualcomm Snapdragon 480 5G Mobile Platform, the cutting edge of the chipmakers “budget-friendly” range. This tells us the devices are high-specced on the outside but, on the inside, not so much. That, of course, helps to keep the price down. The X range will retail for under R10,000, typically at about a third of the price of Samsung and Apple equivalents. That’s not to say they won’t perform: the 480 are the first of that particular Snapdragon range to come with a 5G System-on-Chip.

The devices run on vanilla Android One, meaning no skin or bloatware over the Android 11 operating system. That allows for more efficient performance, and prioritisation of background apps so that the less commonly used remain dormant – and increasing battery life as a result.

The quad-camera array, comprising 64+5+2+2MP and 48+5+2+2MP lenses on the X20 and X10 respectively, use Zeiss Optics and AI processing for versatile image capabilities. The display on both is a generous 6.7-inch Full HD+ screen, but the price-spec compromise is revealed in the 395 pixels per inch, well below more expensive brands’ flagships. The likely customer will barely notice, however.

The one area where Nokia has taken the lead from the big players is in the charging department. Or rather, the lack of one. As with Apple’s last round of iPhone releases, Nokia is launching the devices without a charging brick – assuming that most of its customers in the mid-range will already have a USB C charger lying around. As with Apple, it touts this as an environmentally-friendly decision, rather than the costing decision it really represents. To be fair, though, the phones come with a compostable case in the box – “designed to be tough on the ground but soft on the earth”, according to Nokia. It is probably a first, and highlights both a commitment to protecting the phone and protecting the earth.

The G-series complicates the idea of a range of phones that represent ever-decreasing specs and price. While the G20 is equivalent to the X10 in camera specs (see all specs below), it will come in at a much lower price, thanks to running on a cheaper MediaTek chip. This is also despite a much larger battery – 5,050mAh versus 5,400mAh. That is a feature of both handsets in the G range, promising up to 3 days of battery life in normal use.

The G10 trims the camera array down to three lenses, at 13+2+2MP, telling us it is aimed at the lower end of the mid-range, probably coming in at under R3,000.

Finally, the sub-R2,000 C-series also features a large 6.5” HD+ display, but with single 5MP lenses in both the front and back. Its biggest promise is durability, along with the simplicity of the Android One software foundation.

All these handsets will become available during May and June 2021.

Nokia also announced a new family of audio accessories, beginning with Nokia Lite Earbuds, which go on sale immediately. They feature touch controls for music, voice assistant and calls, with a small case that carries around six additional charges, adding up to about 36 hours of playback.

Pricing has not been announced yet, but the following configurations will be available:

Go to the next page to see the full specs list of the new Nokia handsets.