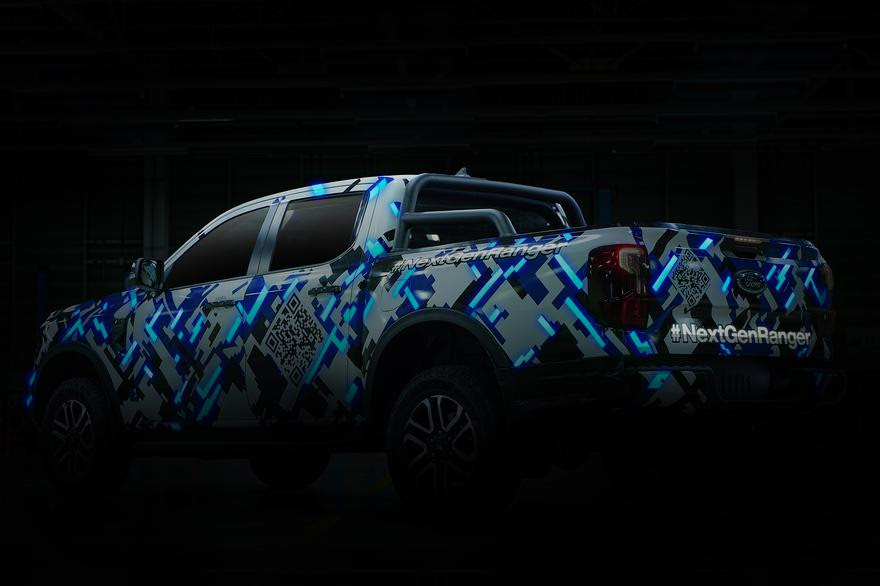 As part of Ford’s ongoing global testing programme, the next-generation Ford Ranger pickup is taking to the road to ensure it is just right for customers, and it’s dressed up for the occasion.

The designer of the Ranger’s Bronco R-inspired block-style camouflage, Lee Imrie, and his team used the science of optics to mask some of the pickup’s key visual secrets until it is unmasked later this year. And road users will be able to see this truck in action even at night thanks to its reflective patterns.

Designed by a team at Ford’s Design Centre in Melbourne, Australia, this camouflage pattern creates an optical illusion that makes it difficult to pick out exterior features in sunlight, while a reflective element helps hide the vehicle’s shape at night.

While Ford is not trying to hide the fact that this is the #NextGenRanger thanks to the hashtag and QR code built into the pattern, it doesn’t want to fully reveal the final design just yet.

Says Imrie: “Inspiration for the camo originally came from the Baja livery Ford has been using. I’m a huge fan of motorsport and it’s hard not to be obsessed with machinery like that. Because the Ranger is strong and rugged looking, I felt the scattered block design would be a natural fit to help break up the exterior surfaces. When you stand back, the camo has a clear connection to a digitized military-style livery with a connection to nature that echoes the lifestyle orientation of the Ranger.”

Why US car buyers never use their tech