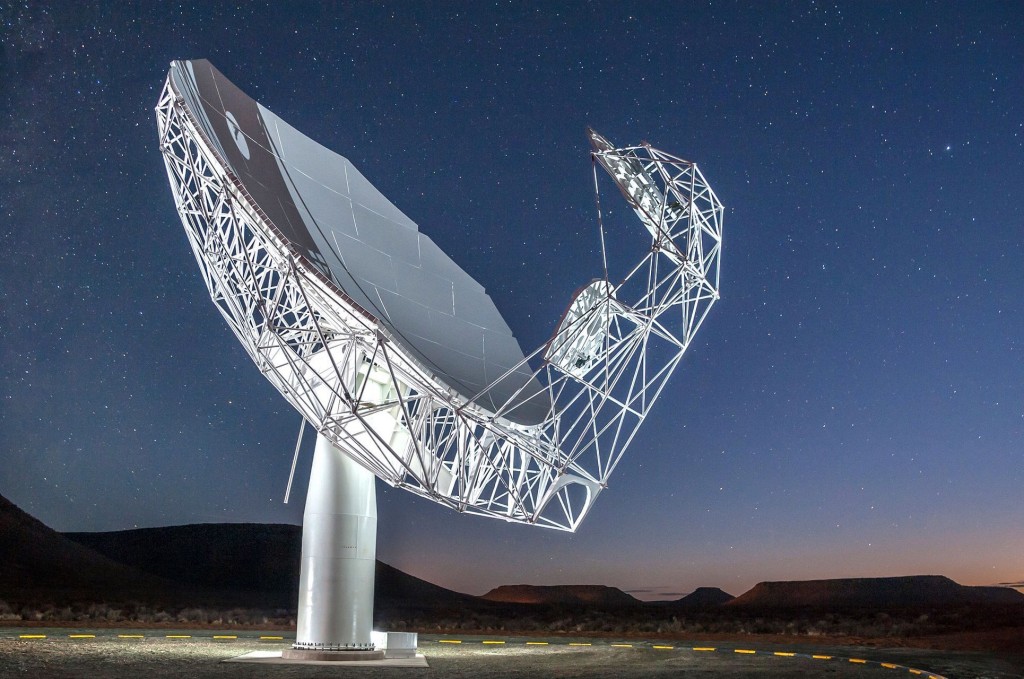 The South African Radio Astronomy Observatory (SARAO) has announced that satellite internet services, provided by MorClick Satellite Internet Solutions, will now be made available to eligible Vanwyksvlei communities living near the MeerKAT radio telescope in the Karoo, Northern Cape.

The MeerKAT radio telescope, currently consisting of 64 interlinked receptors (with more to be added over the next few years) is a precursor to the Square Kilometre Array (SKA) telescope. The SKA project is an intergovernmental collaboration between fifteen countries involving thousands of scientists and engineers to build and operate the world’s largest radio telescope. The South Africa Karoo hosts the core of the high and mid-frequency dishes, ultimately extending over the African continent. The project, co-hosted with Western Australia’s Murchison Shire, will eventually be made up of thousands of dishes and up to a million low-frequency antennas. This will enable astronomers to monitor the sky with unmatched precision and speed, giving the SKA unrivalled scope in observations, largely exceeding the image resolution quality of the Hubble Space Telescope.

The magnitude of such a project means that the Karoo SKA region has to be as free as possible of man-made electronic waves that may interfere with the sensitive radio signals measured from space, and so any internet and voice satellite solutions in the area could not compromise the radiofrequency sensitivity in the SKA environment.

Technology has advanced so much in recent years it is now extremely easy to use affordable satellite internet as a primary broadband solution for homes and businesses that do not have cell phone towers or fibre options in their area.

“MorClick’s communication satellites operate in the Ka-band and are ideally suited to providing internet and voice satellite solutions that will not compromise the radiofrequency sensitivity in the SKA environment,” says Mohamed Hassim, MD of MorClick. “In addition, the new generation satellite technology is not affected by copper cable theft and is ideal for the Northern Cape climate.”

Morclick’s field services installation network extends across South Africa, with more than 150 trained installer partners in service, including in the SKA area, and with a range of other large telescopes in the optical and infrared being built and launched into space over the coming decades, the SKA will perfectly augment, complement and lead the way in scientific discovery.

Some benefits of the Ka-Band include:

The range of frequencies in which the Ka-band operates are those between 26.5 GHz and 40 GHz; that is, wavelengths ranging from a little more than a centimetre to 7.5 millimetres, ideal for the area. The short wavelength results in affordable, high-resolution broadband satellite internet access for the farms in the area. MorClick will ensure eligible communities in the area are instantly connected to the internet via a small satellite dish and new-generation modems, independent of terrestrial infrastructure – enabling subscribers to enjoy uninterrupted, unlimited, or capped access to the internet.

Hassim says: “MorClick is about bringing opportunities for community development, security, enhanced productivity, entertainment, and social connection to these regions’ remote families, businesses, and farmers. We look forward to working with SARAO to benefit the community in the SKA region and surrounds.”