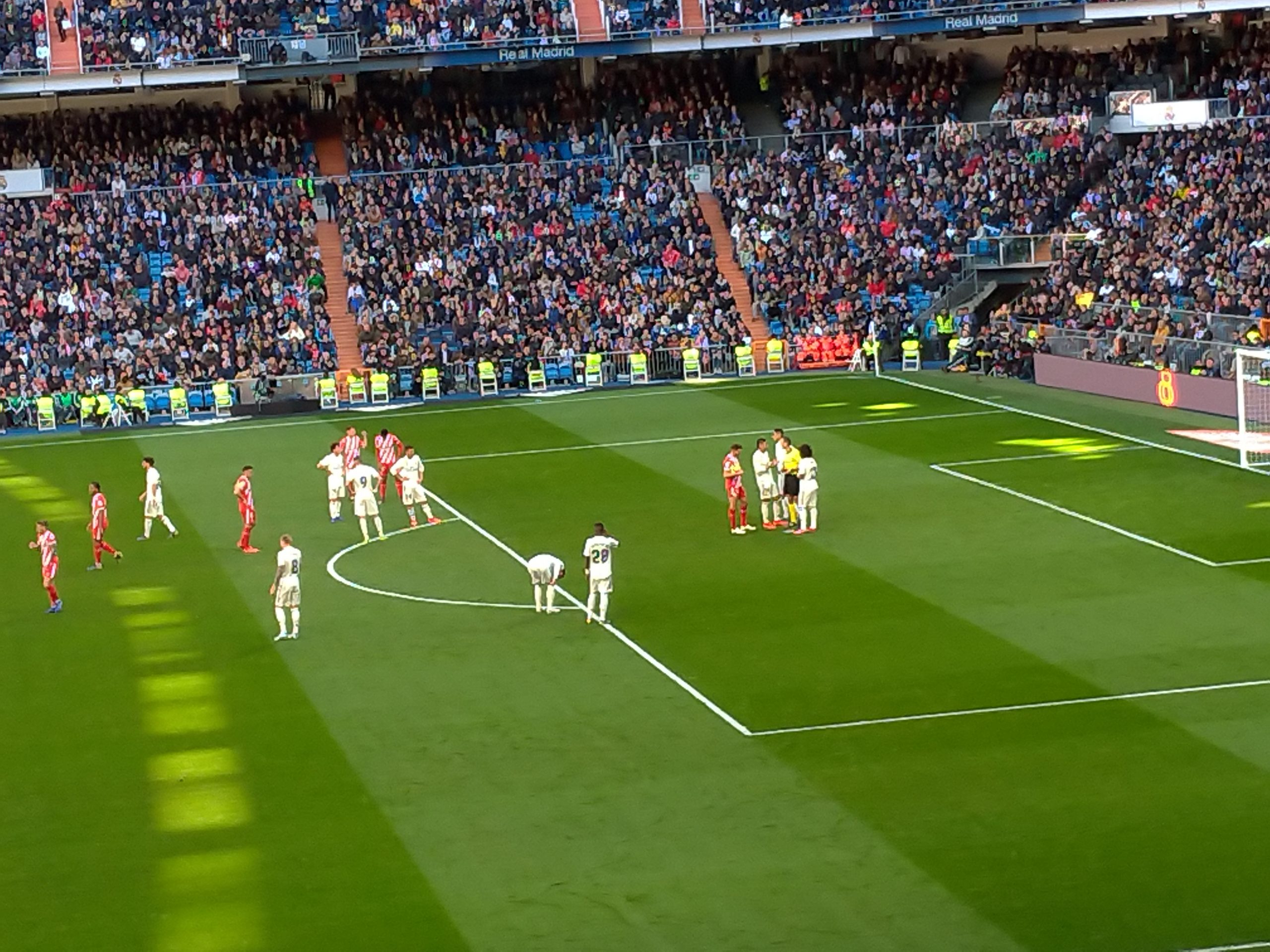 A year ago, when the Spanish football league unveiled virtual reality technology for fans to enjoy LaLiga matches through VR headsets, this was the poor relation of the high-tech initiatives that are changing the game in Spain.

This year, VR is suddenly one of the highlights, as LaLiga gets to grips with the potential of 360 degree cameras and a user experience that moves through changing rooms, arrival of fans and players, and the exit to the pitch.

With the help of multiple cameras and Samsung Gear VR headsets, LaLiga is now offering recaps of the 2018-19 season in 3D virtual reality that provide fans sitting at home with the experience of being a spectator in the stadium. For those who don’t have the tech,the VR experience is being provided at LaLiga Corners, experiential spaces being set up across Spain.

LaLiga has worked with chip giants Intel to roll out Replay360, a technology that allows viewers to recreate 3D replays of any move, from any angle. No less than 38 cameras are installed throughout a stadium to allow spectators to “fly” over the action or position themselves from a player’s point of view. So far, six LaLiga stadiums have been fitted with the technology, including Barcelona’s Camp Nou and Real Madrid’s Santiago Bernabeu.

VR and 3D replays are like the green shoots that appear above a complex maze of roots hidden underground. They represent the most visible face of a technology revolution that has been sweeping LaLiga for the past two years.

During a recent showcase at the RCD Espanyol de Barcelona stadium, on the sidelines of Mobile World Congress, it unveiled the artificial intelligence technology that is guiding the video assistant referee (VAR), among other.

“More than ever before, a football match is a unique experience thanks to recent technological advances which have improved the standing of Spanish clubs, the professionalism of its technical bodies, as well as the fan experience,” said Joris Evers, LaLiga chief communications officer.

“VAR has become the protagonist of each football match, enabling more even-handed referee decisions, adding prestige to our league, and more drama and new experiences for our fans.”

VAR is now being used worldwide, following heavy resistance from the old guard at football’s controlling body, FIFA. With much of that generation ousted or banned from participating, the game has finally been able to bring in technology to improve the experience for all. At the very least, it helps referees avoid obvious errors regarding goals, penalties, and red cards.

LaLiga has taken it a step further. With technology provider EVS and the official producer of the competition, Mediapro, it has introduced a multi-angle review tool called Xeebra, which offers referees more accurate technology for making decisions. Built-in artificial intelligence calibrates the playing field so that graphic overlays can support decision making.

The referees love the technology. During the first 19 match days of this season, refs used the VAR system to review 2,280 incidents. The good news is that their initial decisions were mostly proved correct. However, refs modified their final decisions on 59 occasions. That is nearly five dozen incidents that could have changed the outcome of games had the ref not had some virtual assistance.

Even scheduling of matches is now benefiting from new technology.

“At a time when there is much talk about artificial intelligence (AI) and machine learning, we are also starting to use these technologies, for example, to optimise scheduling of our matches,” said Evers.

A new cloud-based tool called Calendar Selector applies machine learning and algorithms to suggest optimal match schedules, based on past patterns of attendance, viewership, traffic and about 70 other variables. The built-in AI is already predicting crowd size to within 1% of the actual attendance. It works hand in hand with “Sunlight” software, which predicts natural light conditions at every minute for each match.

“It indicates areas of sun and shade in the stadium, revealing how the sun will affect the television image, fans and players, and also help with match scheduling. To achieve this, LaLiga uses 3D reconstructions of stadiums.”

The match and player analysis service, Mediacoach, which was reported in this column a year ago, has also evolved dramatically. An advanced application to provide clubs and coaches with tools aimed at improving the performance of teams and players, it includes 10 years of data and history, and generates heat maps of current play with only an 18 second delay.

“This democratic sharing of data in LaLiga is unique,” said Evers. And now it has also been made available to the media to improve audio-visual broadcasting.

“This year’s technology includes the intelligent detection of the ball’s position on the pitch. The movement of the ball is used to locate precisely, and in real time, where the action of the game is. Ambient microphones distributed around the stadium are automatically activated to give more realism to the sound of the broadcast and bring the action closer to viewers.”

AI has also been roped in to serve fans better. With a little help from Bixby, Samsung’s artificial intelligence platform, LaLiga has introduced an intelligent virtual assistant to offer information through voice and text on multiple devices. It will eventually be available on all major chatbots, offering information like schedules, results, player statistics and videos of outstanding plays.

The combination of all these technologies and innovations means that football lovers are increasingly able to achieve a level of involvement with a game that was previously only available in video games like Electronic Arts’ Fifa 19.

Related Topics:featuredfootballsportsports tech
Up Next