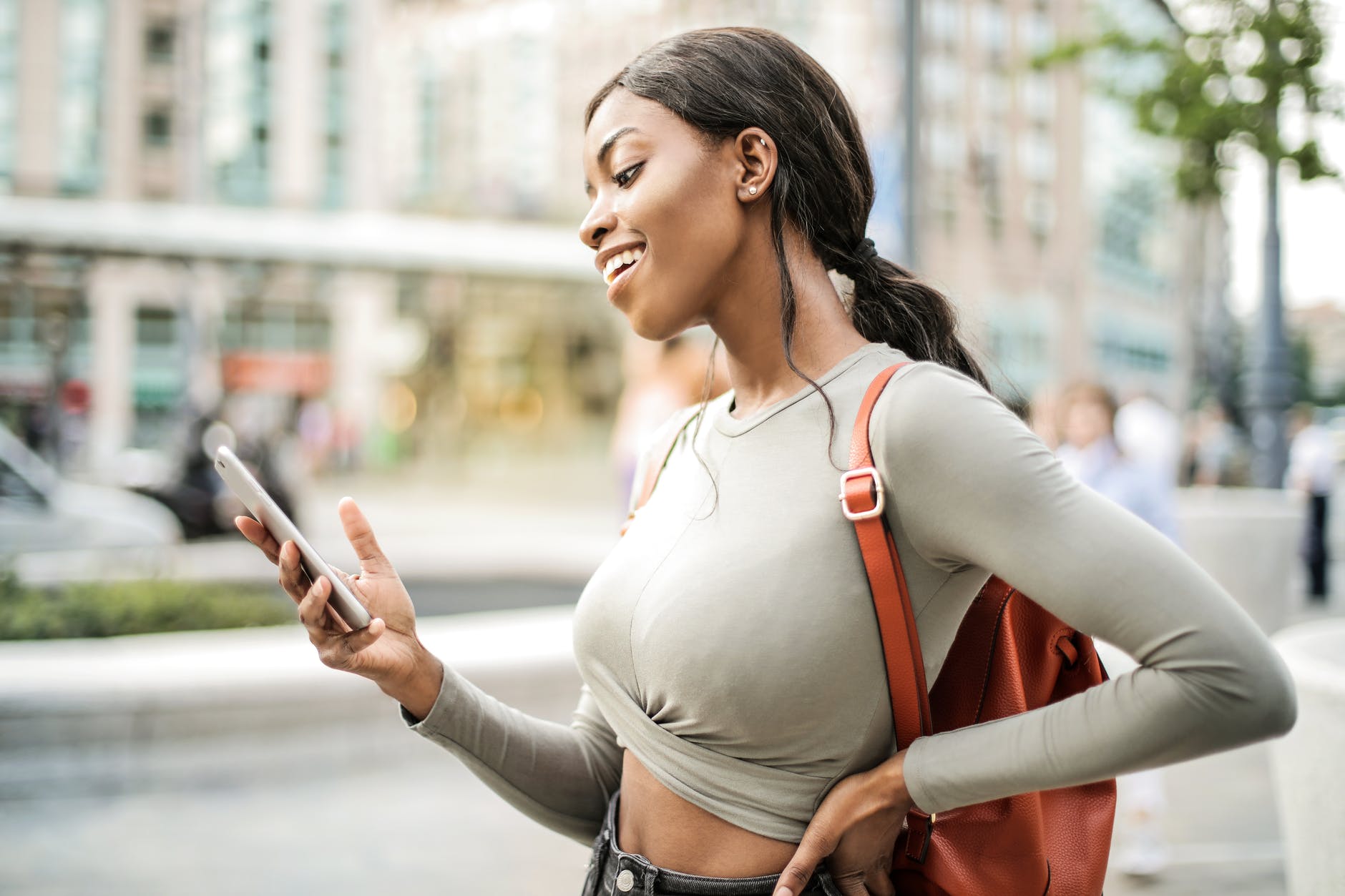 According to GSMA Intelligence, there were almost one billion mobile connections across sub-Saharan Africa (SSA) in Q1 2022. Unfortunately for those users, it’s no secret that mobile performance and coverage in Africa have been subpar. We examined the state of the North African market in June of 2021, but the time is long overdue to examine the state of networks specific to SSA.

Affordable 4G smartphones and targeted financing for under-served demographics are key for bridging the digital divide, but that’s not the only benefit: A World Bank study found that 4G coverage can help cut poverty by up to 4.3%. Additionally, the International Finance Corporation estimates a 10% boost to mobile broadband penetration in Africa could lift GDP per capita by 2.5%.

Using Speedtest Intelligence data, we analysed mobile performance on modern chipsets during 2021 (full year) across the African continent. Modern chipsets include all mobile tests, regardless of connection technology used, as long as they are taken on devices that are identified as being capable of achieving the fastest speeds available in a market. Ookla closely monitors the launch and widespread release of new device models built on chipsets capable of utilising the latest mobile network technologies. We aggregated speeds across countries that fall within the five African regions as defined by the United Nations. When looking at median download speeds in 2021, Southern Africa ranked first, with a median download speed of 37.89 Mbps, followed by Northern Africa at 25.63 Mbps, Central Africa at 18.73 Mbps, Eastern Africa at 18.31 Mbps, and Western Africa at 17.00 Mbps.

To support the growing demand for faster speeds there is a growing investment in both surface and undersea cables. For example, Google’s new subsea cable, the Equiano, landed in Togo in March 2022 and Nigeria in April 2022. The cable is set to become operational by the end of the year and is also expected to bring connectivity to areas such as Namibia, South Africa, and neighbouring regions.

We chose nine countries for our analysis as they were home to over half (56%) of the region’s connections, including:

South Africa ahead of the pack for median download speed

Analysis based on data from Speedtest Intelligence shows that mobile speeds varied widely across African countries during Q1 2022. When looking at mobile performance on modern chipsets across the nine countries of the SSA region, our results showed that median download speeds ranged between 11.11 Mbps (Tanzania) and 48.76 Mbps (South Africa). Median upload speeds were between 6.45 Mbps (Tanzania) and 12.58 Mbps (Botswana).

4G Availability describes the percentage of users on all devices who spend the majority of their time connected to 4G technology both roaming and on-network. Across the nine countries we looked at, 4G Availability exceeded 50% across the board. South Africa had the highest 4G Availability at 86.2%, followed by Côte d’Ivoire (82.1%), Kenya (81.5%), Democratic Republic of Congo (78.9%), Nigeria (77.9%), Uganda (75.9%), Tanzania (72.1%), and Botswana (69.4%). Guinea ranked last at 52.7%, largely because only Orange Guinea offers 4G services, utilising 1800 MHz spectrum for which it was granted a license in March 2019. According to Ookla Map Elements, Orange’s LTE network covers 14% of the Guinean population. However, that should change soon with MTN being awarded a 4G operating license in February 2022.

When it comes to speeds in select African capital cities, Johannesburg was fastest with a median download speed of 65.54 Mbps — nearly 35% faster than that of the next-fastest city, Cape Town at 48.27 Mbps.

South Africa was the first country in the region to launch 5G, and has since been joined by a handful of countries: Seychelles, Zimbabwe, Botswana, Mauritius, Madagascar, and Togo. According to GSA, there were nine commercial 5G networks in seven markets across the region by the end of May 2022. In these markets, 5G coverage remains limited to major cities. Furthermore, just over two dozen operators are either planning, or testing 5G technology or are already in the deployment stage. Regulators across the regions have also started to make spectrum available for 5G.

Botswana: In February 2022, Botswana Communications Regulatory Authority (BOCRA) offered existing and new operators an opportunity to apply for spectrum in 5G frequency bands, covering low and mid-band spectrum. This will allow operators to expand their existing 4G networks and roll out 5G. Operators are allowed to re-farm their existing spectrum to augment new spectrum to enable them to roll out 5G. Shortly after, during the same month, Mascom launched four 5G sites in the capital Gaborone as part of plans to roll out 111 sites across Botswana by the end of 2022.

Nigeria: In December 2021, MTN and Mafab Communication won 100 MHz TDD each in the 3.5 GHz spectrum band. In line with the terms and conditions of the concessions, the telcos are expected to commence the rollout of their 5G networks from August 24, 2022. While Airtel Africa pulled out of Nigeria’s 5G auction, its CEO Segun Ogunsanya stated they have sufficient spectrum in other bands to launch 5G.

South Africa: In March 2022, the Independent Communications Authority of South Africa (ICASA) completed a delayed 5G auction, selling spectrum across 700 MHz, 800 MHz, 2.6 GHz, and 3.5 GHz bands. Rain and Vodacom got new low-band frequency assets in the 700 MHz band while Telkom and MTN gained spectrum in 800 MHz. All bidders received spectrum in mid-bands, which is considered the sweet spot for 5G in terms of speed and availability.

Despite the fact that the 5G spectrum auction was completed in March 2022, Vodacom and MTN launched 5G services beforehand using emergency, temporary spectrum allocated during the Covid-19 pandemic. The regulator released spectrum in April 2020 to help operators alleviate some of the challenges they faced in responding to the high demand for data during Covid-19.

In May 2020, Vodacom launched the first 5G network across Africa, in partnership with Nokia in the 3.5 GHz band. At the time of launch, the network was available in three cities — Johannesburg, Pretoria, and Cape Town — with a total of 190 5G sites. MTN followed in June 2020, using spectrum across 1800 MHz, 2100 MHz, and 3500 MHz bands. In its latest report, MTN reported that in 2021, it had over 1,000 5G sites across several spectrum bands with plans to significantly scale up with 3.5GHz spectrum.

Using Speedtest intelligence data, we compared operators’ 5G performance in Q1 2022 against data from Q1 2021. In Q1 2022, MTN’s median 5G download speed reached 213.37 Mbps — decreasing by a third when compared to Q1 2021 (320.10 Mbps).  Median upload speed suffered a nearly 40% decrease, going from 46.05 Mbps to 27.32 Mbps. When we examined the State of 5G Worldwide in 2021, we concluded that it’s common to see new mobile access technologies slow down as adoption scales, particularly early on in the tech cycle and as more users are logging on to existing 5G networks. As such, the downward tendency in MTN’s performance is not surprising at all. Vodacom, on the contrary, almost doubled its median 5G download speed from 69.93 Mbps to 132.11Mbps.

What SA can learn from connecting Venice