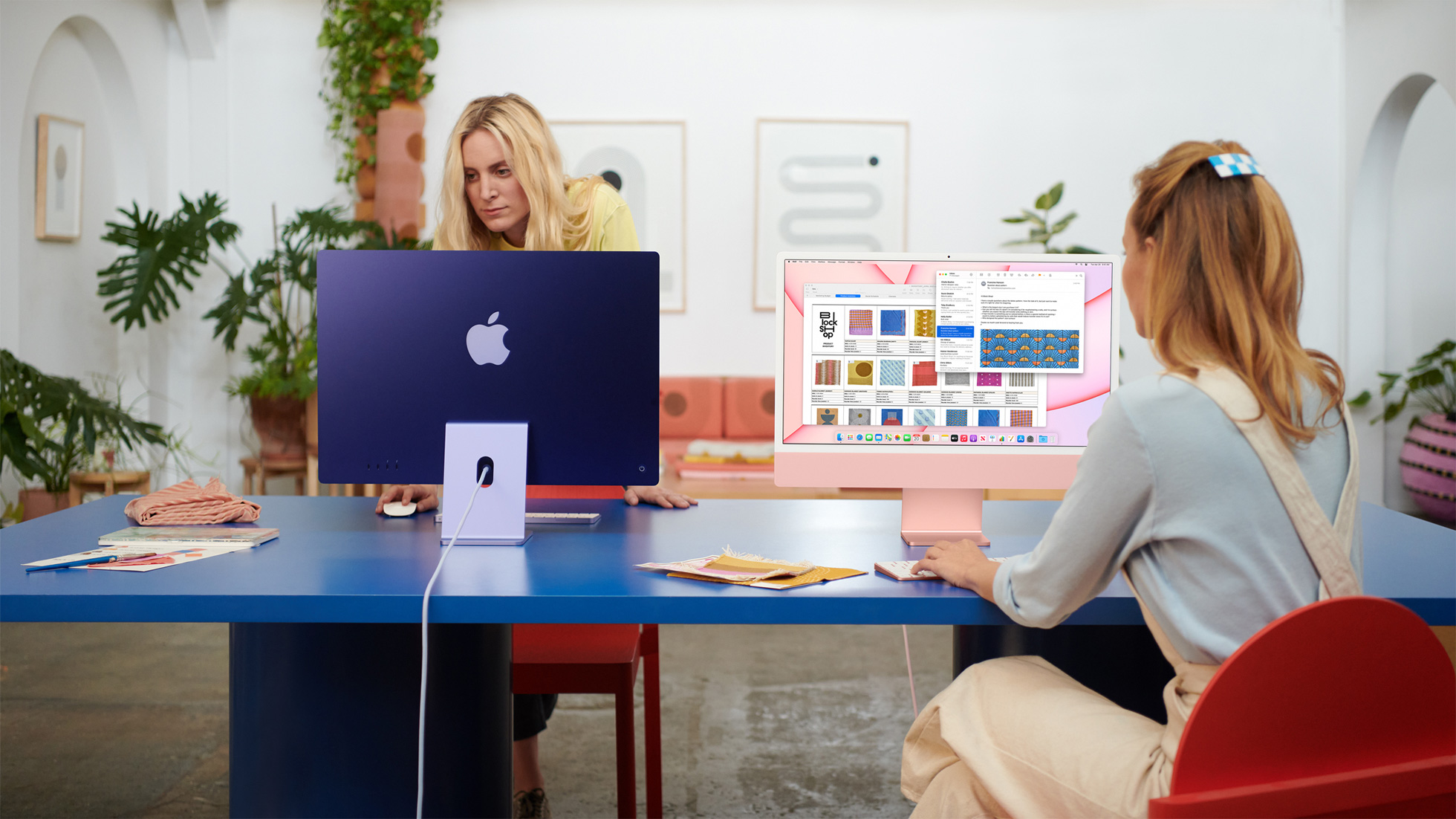 Apple last night introduced a new iMac with a thinner design, enabled by the M1 chip. Coming in at just over 1cm, the all-in-one computer features a 24-inch 4.5K Retina display with 11.3 million pixels, 500 nits of brightness, and over a billion colours, delivering a brilliant and vivid viewing experience.

It also includes a 1080p FaceTime HD camera, studio-quality mics, and a six-speaker sound system — giving it the title of “the best camera and audio in a Mac”. On the more expensive variant, Touch ID is housed in the keyboard to enable secure login, and purchases with Apple Pay.

“M1 is a big leap forward for the Mac, and today we’re excited to introduce the new iMac,” says Greg Joswiak, Apple’s senior vice president of worldwide marketing. “With its striking design in seven stunning colours, its immersive 4.5K Retina display, the best camera, mics, and speakers ever in a Mac, and Touch ID, combined with the performance of M1 and the power of macOS Big Sur, the new iMac takes everything people love about iMac to an entirely new level.”

Enabled by the system-on-chip architecture and amazing power efficiency of M1, the logic board and thermals are now consolidated into a smaller space. The much more compact design reduces the volume of iMac by 50%, allowing it to take up less space.

With an array of colours — green, yellow, orange, pink, purple, blue, and silver — the new computer features softer colours and thinner borders on the front, while the back pops in bold, saturated colour. To complete the simplified design, it comes with a new power connector that attaches magnetically and a beautifully woven 2-meter-long colour-matched cable. To reduce clutter, the 8-core iMac configuration features an ethernet port on the power adapter.

To complement the camera, it features a studio-quality three-microphone array for clearer calls and voice recordings. The mics are positioned to reduce feedback from the rest of the system, while directional beamforming allows them to better ignore background noise and focus on a user’s voice. As a result, conversations are sound more natural and recordings are crystal clear.

Customers can choose from three models of Magic Keyboard with aluminium enclosures that are colour-matched to the computer. Implemented wirelessly on Magic Keyboard, Touch ID uses a dedicated security component on the keyboard, which communicates directly with Secure Enclave in M1, creating an encrypted channel to protect users’ fingerprint data from end to end. Whether unlocking their Mac or making a purchase with Apple Pay, users enjoy a fast, and secure experience. Customers can also choose Magic Keyboard with Touch ID and Numeric Keypad, as well as the colour-matched Magic Mouse and Magic Trackpad.

The iMac with 7-core GPU starts at $1,299 (US), and is available in green, pink, blue, and silver. It features an 8-core CPU, 8GB of unified memory, 256GB SSD, two Thunderbolt ports, Magic Keyboard, and Magic Mouse.

The Edge gets personal