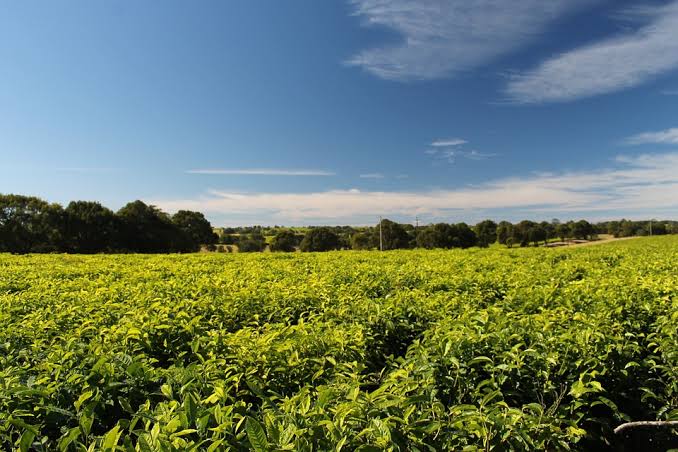 The potential to increase Africa’s agricultural yields through the strategic use of data could place the continents’ farmers at the heart of tomorrow’s global economy.

John Deere has worked with ACDI/Voca, ADVANCE and USAID as well as other input providers in Ghana, to mechanise and provide fertiliser and seeds to demonstration farms aimed at improving the yield of traditional famers in the country.

“The results have been astounding,” says van der Westhuizen. In some cases, “yields have increased sevenfold.”

This confirms that, if farmers are able to access mechanisation, fertiliser and seed and are then guided to apply these correctly, they can dramatically increase their yields.

What has changed is that today farmers in Kenya and Tanzania, transacting on M-PESA, can access the formal economy by selling and buying goods online. Since these previously economically excluded farmers now have a digital footprint, “we can start getting a picture of their inputs, suppliers and costs, as well as their yields, off-takers, incomes and payments histories,” says van der Westhuizen.

This data holds the key to revolutionising agriculture in Africa.

“Without even having a bank account, we now have a detailed view of the input, production and earning numbers of previously financially invisible farmers,” says van der Westhuizen.”   With GPS technology able to provide accurate hectarage, we can now quickly work out how certain inputs, and their cost, might be affordable to specific farmers given the increase in yield that we know these inputs will drive in that location.”

In short, with just a handful of data points, the ability to provide credit to a much broader segment of Africa’s farmers increases dramatically. For the first time in history all of Africa’s famers are now potentially able to present the credit, expenditure, production and income records to make them bankable.

“The next step will be to use the data from multiple farmers collectively, to develop new supply chains and markets.”

For example, if a grain mill in Kenya requires 2000 tons of a certain crop each month and John Deere has the data on 100 farmers in that district each with the potential to produce 20 tons a month, the data can be used to build a supply chain for the mill that also provides the farmers guaranteed off-take.

This data-driven view of the broader supply chain also gives John Deere Financial and other financiers the confidence to extend credit, long-lease machinery or fertilizer to these farmers, secure in the knowledge that the farmers will receive an income from the mill and be able to pay.

“Moreover, if we know that the 100 farmers have secure off-take agreements with a local mill, we can provide tractors or harvesters to start-up agricultural service companies to plough these farmer’s fields and harvest their crops, only collecting payment once the farmers have been paid by the mill,” says van der Westhuizen.

Using data in this way could justify further investment in irrigation systems, beneficiation plants, canneries or other industrial investment relevant to expanding the agricultural value chain.

Taken to scale across Africa, this kind of data has the potential to make most African countries food secure, freeing up the billions in hard currency that African governments currently spend importing food. This would, ease Africa’s endemic hard currency crunches and reduce sovereign debt – releasing resources for development, infrastructure or education.

This is all taking place in a global context in which, over time, the value of agricultural goods, especially food, is likely to increase relative to industrial products.

“African policy makers struggling to replicate the industrially-driven growth successes of many post-World War II developing economies, would do well to re-consider the vast export and development potential presented by agriculture in a food-scare and largely already industrialised world,” says van der Westhuizen.

In short, agriculture, today seen as the low road to growth and development will, in time, become the source of the world’s most valuable asset, namely, food.

“Fortunately, the technology is finally here, for Africa’s policy makers to use the new data available on Africa’s farmers to place agriculture – and Africa – at the heart of tomorrows global economy.”