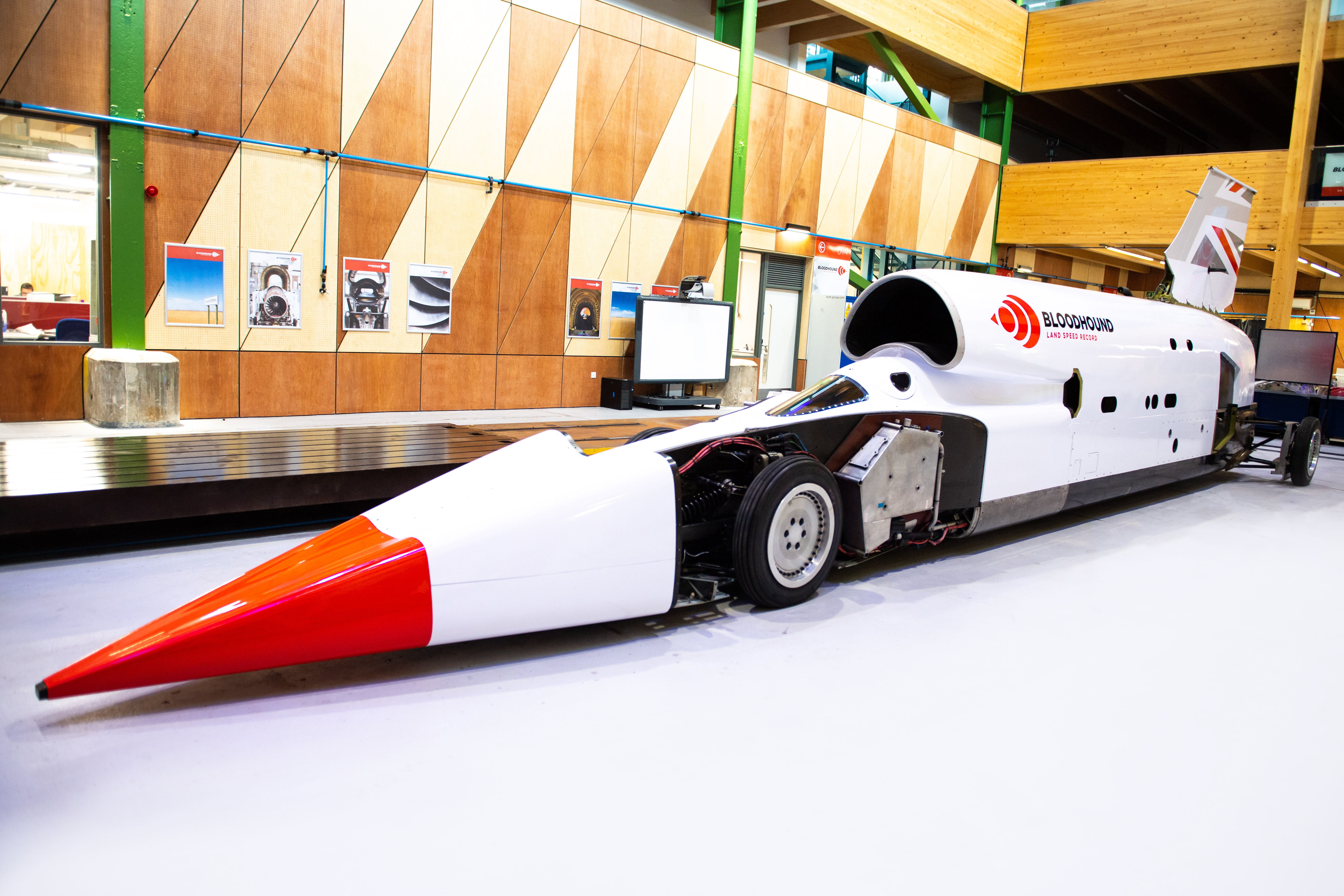 The Bloodhound land speed record attempt is back on track, with the news that the Bloodhound team will be going to Hakskeen Pan in South Africa in October 2019 for high-speed testing.

The plans were confirmed at a press conference last week by Bloodhound LSR CEO Ian Warhurst.

“I’m thrilled that we can announce Bloodhound’s first trip to South Africa for these high-speed testing runs,” he said

“This world land speed record campaign is unlike any other, with the opportunities opened up by digital technology that enabled the team to test the car’s design using computational fluid dynamics (CFD) and that will allow us to gather and share data about the car’s performance in real-time.”

Why High-Speed Testing?
The Bloodhound LSR team says it has been hard at work preparing the car for these high-speed test runs, upgrading and changing many aspects of the car following successful low-speed test runs at Cornwall Airport Newquay in 2017.

It said in a newsletter last week: “We’ll be using the high speed runs to test the car’s performance and handling at much higher speeds. It will also be a full dress rehearsal for the overall record-breaking campaign. This will include developing operational procedures, perfecting our practices for desert working and testing radio communications.”

One of the most obvious changes to the car is the wheels, which have been swapped for the specially designed solid aluminium desert wheels.

Warhurst said: “We’re running the car on a brand new surface. The wheels have been designed specifically for this desert lake bed, but it will still be vital to test them at high speeds before making record speed runs.”

Brands must wake to tech-savvy youth