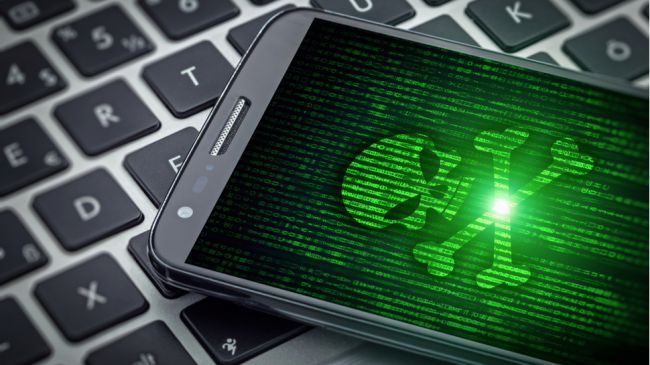 In the Wachowski Brothers’ classic Matrix trilogy, “Agent Smith” famously describes the human race as a species that multiplies until every resource is consumed. In reality, it is the “Agent Smith” of the mobile malware world that is the real virus – and is spreading at alarming rates.

Check Point Researchers recently discovered a new variant of mobile malware that has quietly infected around 25 million devices, while the user remains completely unaware. Disguised as a Google-related application, the core part of the malware exploits various known Android vulnerabilities and automatically replaces installed apps on the device with malicious versions without the user’s interaction.

So far, the primary victims are based in India though other Asian countries such as Pakistan and Bangladesh are also impacted, as are even a noticeable number of devices in the UK, Australia and the US. Check Point has worked closely with Google and at the time of publishing, no malicious apps remain on the Play Store.

Dubbed “Agent Smith”, the malware currently uses its broad access to the device’s resources to show fraudulent ads for financial gain. This activity resembles previous campaigns such as Gooligan, Hummingbad and CopyCat malware and can infect all smartphones updated beyond even Android v.7.

In this case, “Agent Smith” is being used for financial gain through the use of malicious advertisements. However, it could easily be used for far more intrusive and harmful purposes such as banking credential theft and eavesdropping. Indeed, due to its ability to hide its icon from the launcher and impersonate existing user-trusted popular apps, there are endless possibilities for this sort of malware to harm a user’s device.

What Does “Agent Smith” Do?

“Agent Smith” has primarily three phases in its attack flow.

In the second phase, after the dropper gains a foothold on victim device, it automatically decrypts the malicious payload into its original form – an APK (Android installation file) file which serves as the core part of “Agent Smith’s attack. The dropper then abuses several known system vulnerabilities to install the core malware without any user interaction at all.

In the third phase, the core malware conducts attacks against each installed application on the device which appears on its target list. The core malware quietly extracts a given innocent application’s APK file, patches it with extra malicious modules and finally abuses a further set of system vulnerabilities to silently swap the innocent version with a malicious one.

As “Agent Smith” was originally downloaded from the widely used third-party app store, 9Apps, targeted mostly at Indian (Hindi), Arabic, Russian, Indonesian speaking users, it is not surprising that it reached such a high infection rate. After all, third-party app stores often lack the security measures required to block adware loaded apps.

With such a devious infection method of replacing existing device apps with the malicious version of those apps, users are reminded that apps should only be downloaded from trusted app stores to mitigate the risk of infection.

Given “Agent Smith’s main approach is to attack user-installed applications from third-party app stores silently, it is very challenging for common Android users to fight against such threats. Having an advanced threat prevention solution such as SandBlast Mobile installed on the device, though, would have detected and blocked the malicious version of these apps from being installed while alerting the user to the suspicious attempted activity.

Within the mobile threat landscape, the best protection against invasive mobile malware attacks like “Agent Smith” is to leverage advanced threat prevention technologies, powered by advanced threat intelligence, combined with a ‘hygiene first’ approach to protecting your organisation’s digital assets.

SandBlast Mobile’s unique security infrastructure, On-device Network Protection, delivers threat prevention capabilities to enterprise mobile devices that were previously only available in network and endpoint security solutions. By inspecting and controlling all network traffic on the device, SandBlast Mobile prevents phishing attacks across all apps, email, SMS, iMessage and messaging apps. In addition, the solution prevents accessing malicious or restricted websites, and infected devices from accessing corporate resources and communicating with botnets. To ensure data and user privacy, SandBlast Mobile validates cellular traffic on the device itself without routing data through a corporate gateway.

To learn more about how you can protect yourself from mobile malware, please check out SandBlast Mobile.

If you have been infected by apps such as those described in “Agent Smith”, or otherwise, please follow these steps to remove the malicious apps.

Captain Kirk set to beam down to Comic Con Africa