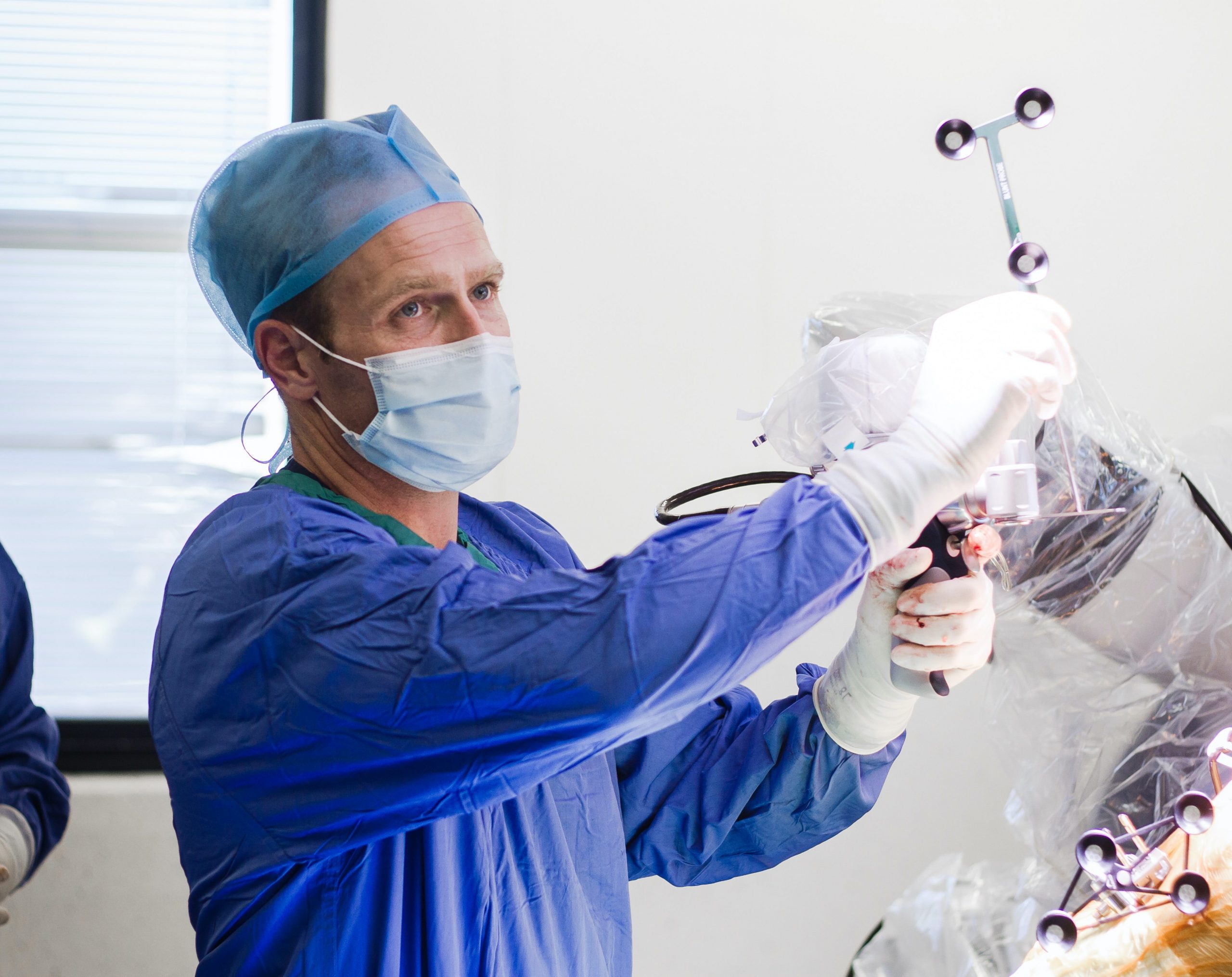 A Western Cape hospital has introduced a precision high-tech option for knee replacements, conducted with the aid of a robotic surgical system.

As a result, Melanie van Heerden became the first person to have Mako robotic-arm assisted surgery at Netcare Blaauwberg Hospital.

“I dreaded going to the shops before I had my partial knee replacement,” she says. “I was in constant pain and it was stealing from my quality of life. There were so many everyday activities that became virtually impossible for me.”

“This robotic surgical system provides additional safeguards to ensure the surgeon only works within the dimensions required for optimal precision,” he says. “I am fully in control of this highly sophisticated tool at all times, as the robotic software and hardware elements only work as guided by the surgeon through the pre-defined three-dimensional surgical plan.”

“One of the advantages of this approach is that the surrounding soft tissues and bone are preserved, as the system restricts cuts only to the specific dimensions required to achieve the placement and alignment of the prosthetic joint implants to match the patient’s individual anatomy,” says Van der Kaag.

“There are three components to the knee joint, and in Melanie’s case, it was not necessary to replace the entire knee joint, and a partial knee replacement was all that was needed. Based on the detailed data of her CT scan we were able to map the surgery in advance with the planning software.”

In theatre, Dr Van der Kaag aligns the virtual 3D knee and surgical plan to the patient’s actual knee, which sets the boundaries the surgeon will work within. He validates the surgical plan and makes any necessary adjustments. The robotic arm system provides detailed visual, auditory and tactile feedback to assist the surgeon in removing the damaged section of bone, and accurately positioning and aligning the implanted prosthetic component.

“The more precise the fit of the implanted joint, the more comfortable and stable the knee is likely to be. Other potential benefits associated with this advanced surgical option include reduced post-operative pain and shorter recovery times, so it is an ideal option for people who wish to resume their daily lives as soon as possible.

“The ability to position the prosthetic knee more precisely often achieves a more natural feel to the knee, and allows patients to return to most of the activities they previously enjoyed.”

Before her knee problems, says Van Heerden, she was an avid runner and competed in the Two Oceans and various half-marathons.

“Now, seven months after my partial knee replacement, I am cycling at the gym and I am building up by walking longer distances,” she says.

“My recovery has been amazing, and I only used crutches for the first two weeks after the surgery on my right knee. Next year I will have a procedure on my left knee – which used to be my ‘good’ knee but it’s now my ‘bad’ knee – and then I should be able to get back to normal activities. I am looking forward to getting into jogging or competing in long-distance walking races.”

Netcare recently introduced this advanced option for patients requiring knee replacements in the Western Cape, following the demand seen in Gauteng for Mako robotic-arm assisted surgery at Netcare Linksfield Hospital, where the system has been used since 2019.

Related Topics:featuredhealth technology
Up Next