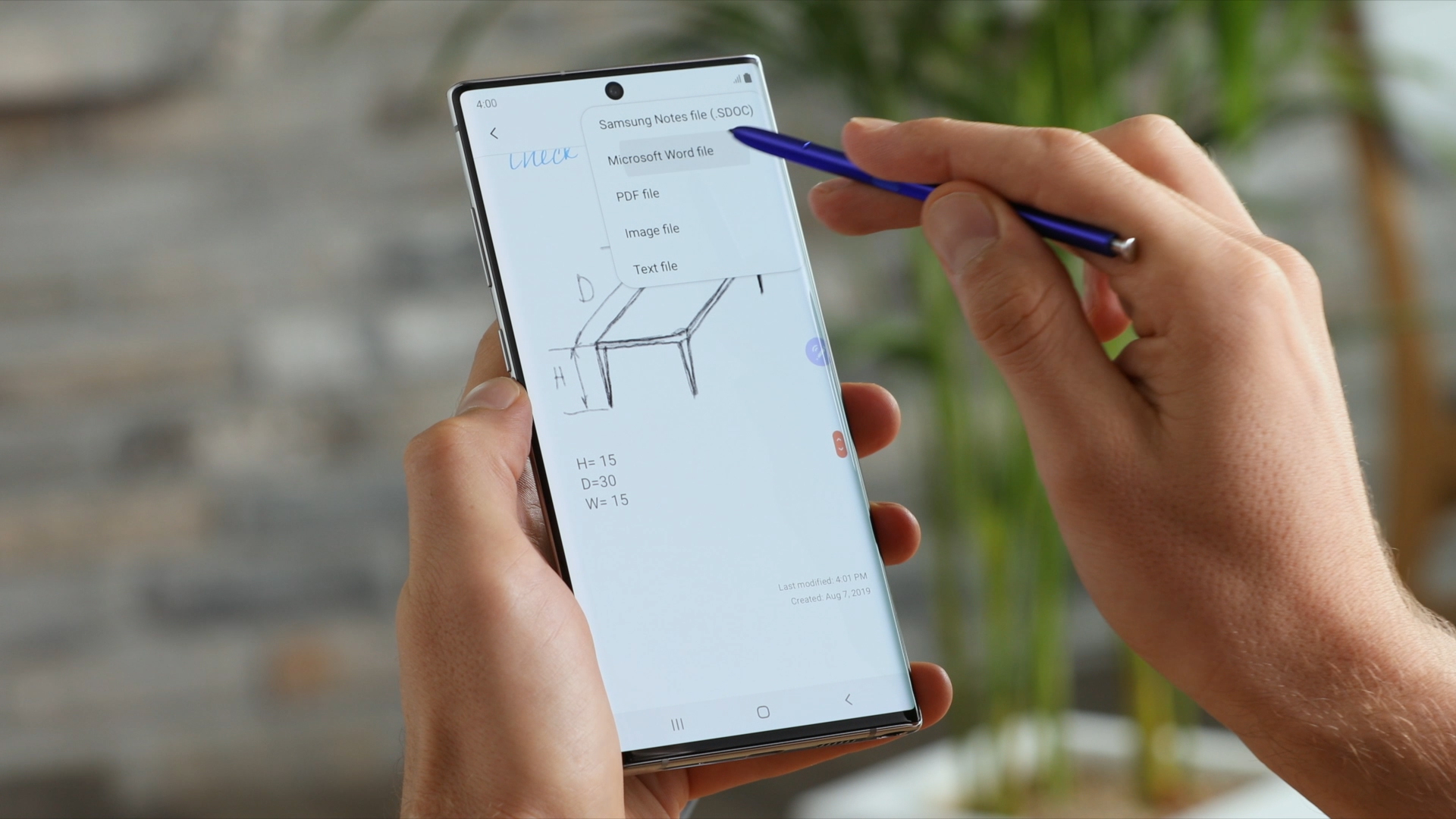 The smartphone world often resembled nothing less than a giant carnival, with numerous glitzy attractions that really represent the same old acts with a new layer of paint. That poses a massive challenge to handset manufacturers, who have to convince us that cosmetic changes are in fact revolutionary shifts.

However, when almost every element of a new device has undergone a step-change, a machine still has the power to amaze us.

The new Samsung Note10+, along with its Note10 sibling, is a perfect example. It may not seem to be a major shift from the previous edition, but when all its improvements are taken together, it represents an astonishing array of just how much current technology can be held in one hand.

The big attraction of the10+ is just that: how big it is. At 6.8-inches, it has the largest display of any mainstream flagship phone on the market. At one time, such oversized screens were regarded as an absurdity. Now, as handsets become multimedia devices, used for anything from game controls to movie watching, size is everything.

The smaller Note10 is almost the same size as the previous Note 9, which came in at 6.4-inches, and represents a nod to those who felt that they’d reached the limits of handheld real-estate. The Bigger phone, at R23,000 for a base model, is priced at a similar level to Samsung’s other flagship, the S10+, while the Note 10 is equivalent to the S10 in cost.

However, the cheapest Note10+ comes with a massive half-a-terabyte of storage, compared to 128GB for the S10+. The equivalent storage on the S10+ cost a few thousand rand more than the base Note10+.

These comparisons are deceiving, though: the Note10+ is aimed at a very specific market, namely people who want to use the device for its size, or its productivity benefits. It is in the latter category that both new handsets come into their own.

Justin Hume, director of integrated mobility at Samsung South Africa, puts it succinctly when he says that the new model is for someone “who effortlessly flows between ideas and endeavours at a moment’s notice”.

“Every element of the Galaxy Note10 was designed to help users achieve more,” he says. “Whether they’re finishing a big project for work, capturing and editing a video, or playing their favourite mobile game, the Galaxy Note10 re-imagines this promise.”

The most significant differentiator from almost any other smartphone on the market is the S-Pen, which adds a range of new capabilities to what was once just a stylus that slips into the top of the phone.

Aside from using it to write on the screen in normal handwriting, users can now customise these notes by shrinking, enlarging, or changing text colour. The handwritten text can also be converted into typed text, and exported from Samsung Notes into a range of formats, including Microsoft Word. In other words, handwritten notes quickly become editable documents.

The S Pen itself has evolved. It builds on the Bluetooth Low Energy functionality introduced with the Note9, and adds “Air actions”, which allows some apps to be controlled with the mere wave of the Pen above the screen. The phone detects specific gestures of the pen, and converts these into customised controls.

The S Pen can be used with a new function called AR Doodle, which allows one to personalise photos with drawings, effects, and animations that remain “stuck” to an image or video.

The camera also introduces a new range of fairground attractions. By now most of us know that the number of megapixels don’t necessarily make for better pics, but the software that comes with the camera sure does. Both devices sport a triple array of lenses, made up of 12MP wide-angle, 16MP ultra wide-angle and 12MP telephoto.  That makes for great close-ups, but the Galaxy Note10+ goes further. It introduces a 3D DepthVision camera that can take a scan of an object, and turn it into a movable 3D image.

The video camera includes Live focus, which adds depth-of-field adjustments on the fly, allowing one to blur the background to focus on the subject, while filming. A zoom-in microphone amplifies the sound within the frame and pushes background noise, to make for higher quality audio with video. The software has also been updated to improve image stabilization and the hyper-lapse mode for time-lapse videos.

The S Pen is integrated with the video editing function to allow users to choose the specific elements they want to trim with a few taps, rather than having to select the segments painstakingly. The phone also comes with the Adobe Rush suite of editing tools.

The Note10 pair of phones are first Android devices to include screen recording, which Apple has had in iPhones for some time. The difference is that the S Pen can be used with the screen recorder to annotate notes, images and videos being recorded on screen.

Samsung has also caught up to Huawei in using artificial intelligence (AI) to optimise phone performance based on how one uses the phone. The company explains it this way: “One of the most innovative examples of this optimisation is the NPU (Neural Processing Unit)-powered Game Booster. When users are enjoying a heavy gaming session, it’s working behind the scenes, collecting and analysing system, user and game data and optimising performance and power consumption accordingly.”

An app-launching technology, Boot up Booster, uses AI to identify the most frequently used apps and saves them in active memory so that they launch instantly. Usage patterns are analysed on a rolling weekly basis, meaning the active memory is updated every day.

Possibly the least obvious breakthrough is the slim form factor of the handsets. Both come in at 7.9mm thick, just a shade bigger than the Note 9, and substantially slimmer than the current Huawei flagship phones. This is partly thanks to a 7-nanometer chipset – the thinnest yet in Samsung phones, and equivalent to those in the current Huawei and Apple handsets.

Click here to read about the updated Note’s S Pen.

Previous Page1 of 2Next Page
Related Topics:featuredSamsungsamsung note 10
Up Next