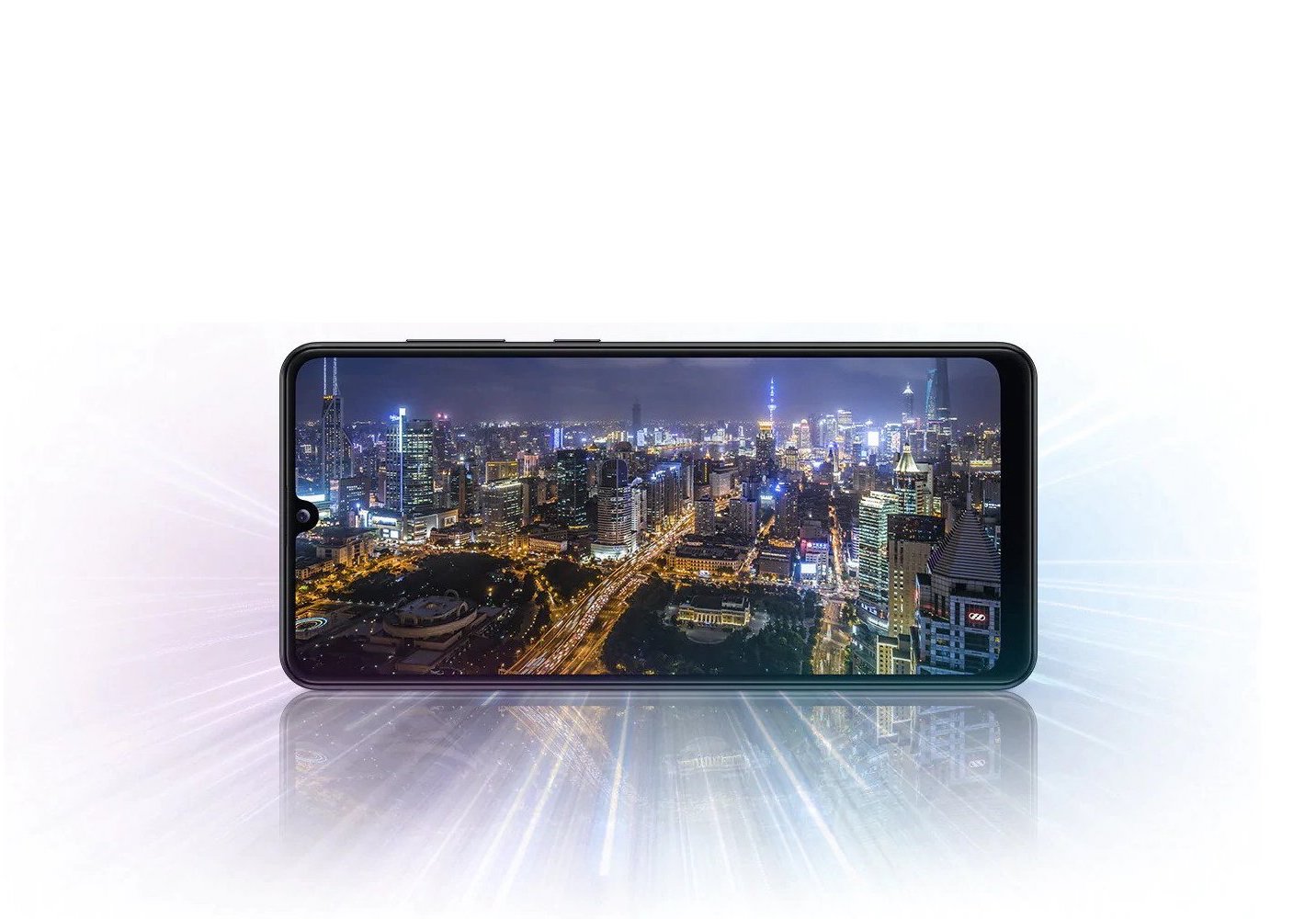 Samsung has done it again. Earlier this year, the Galaxy A51 was one of the most feature packed mid-range devices available. Now, Samsung has released the Galaxy A31 – a fantastic alternative to the A51.

Side by side, the A31 and A51 don’t look all that different, apart from a slightly different display type. This shows that Samsung can pack a budget-friendly device with a bunch of features, while keeping the price tag relatively low.

In the box, users will be surprised with a few extras that make the Galaxy A31 worth it. These include a thick TPU case and a 15W fast charging power adapter. These are usually expensive extras, but users of this device can get more bang for their buck with this device without hidden costs.

One of the first features one notices is the L-shaped camera array on the back of the device. This array is similar to that of the Galaxy Note10 Lite and the Galaxy A51, and seems to have become Samsung’s design language for this segment.

The rear camera is a 48MP wide sensor, which is great for snapping photos. The photos are blended to come out as 12MP images, which is a common trick of many manufacturers to achieve high-quality photography. The device also supports HDR, so users can take photos where the sun is behind the subject and still have a clear photo.

It also packs an 8MP ultra-wide angle lens which spans 123-degrees, a 5MP depth-sensing lens supplements the portrait mode, and a 5MP macro camera. On the front, it features a 20MP wide-angle selfie camera, which works well when trying to fit everyone into a large group.

Alongside the camera array is a striking Prism Crush pattern. The device we reviewed had a dark iridescent blue pattern, which looks classy and stylish. Samsung South Africa also offers a Prism Crush Black pattern.

Along the sides is a stunning metal-like frame, but of course it’s plastic. This doesn’t make the design look cheap, but it may be susceptible to scratches, which could reveal the plastic beneath.

On the left side, there’s a SIM and microSD card tray. Samsung offers the A31 in single- and dual-SIM options, so be sure to select the right version. On the opposite side, there’s the classic power and volume buttons, while a USB Type-C port and 3.5mm headphone jack sit on the bottom.

While the front panel isn’t quite as low-bezelled as the A51 counterpart, it’s still plenty screen to work with, coming in at 6.4 inches, with a 84.9% screen-to-body ratio. The Super AMOLED screen is far better than its LCD-based competitors because of its super high contrast ratio, wide-viewing angles, and high colour accuracy. The resolution of the panel sits at 1080×2400 at 411PPI. This makes the A31 ideal for consuming content like HD movies and playing mobile games.

Like the Galaxy A51, the A31 features an in-screen fingerprint sensor, which is a surprising security feature to find in a device at this price point. The sensor is accurate, but it requires some getting used to because the thumb needs to be positioned directly over the sensor. Samsung’s Always On display shows an icon where to place one’s finger, which helps with positioning the finger to cover the sensor.

The device came with Android 10 and had security updates ready after setting it up, which shows a huge commitment on Samsung’s part with keeping the device’s contents secure from the latest vulnerabilities. And they would have to, considering the A31 comes with Samsung Pay support, where users can store their bank cards on the device, and then use the phone to Tap-to-Pay/Tap-and-Go/PayWave at card terminals.

With storage, it seems Samsung is sticking to the ultra-high 128GB capacity, which complements the screen for those who want to store offline Netflix shows in HD while not using up all the phone’s storage.

At a recommended selling price of R5,999, the Samsung Galaxy A31 retains the flagship features that make a 2020 smartphone great to use, while keeping well out of flagship price territory.