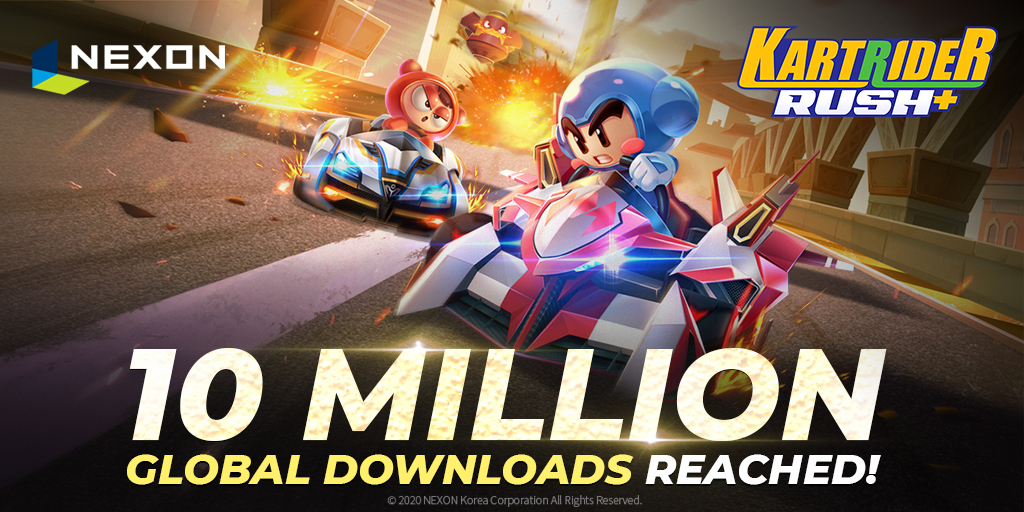 Inspired by the popular KartRider franchise, KartRider Rush+ zoomed to the top of the Google Play and Apple App stores, clocking in 3.57 million daily users. With its extensive customisation options and over 50 tracks and 20 karts to choose from, KartRider Rush+ players can personalise their races for an experience that is action-packed.

KartRider Rush+ has also expanded the experience, introducing three new exhilarating tracks – “Dino Town”, “Namsan Tour” and “The Bridge of Fate” – and the exciting new character “Dino Ethen.” Along with new tracks and characters, racers who join by May 31 will be rewarded with an “L-decoder x 5” bonus beginning June 2.

The game will also offer additional rewards such as “Dino Ethen Code” and “Orange Lucky Coin” in an login event and for players who’d like to test their skills on the newly released tracks.

KartRider Rush+ is available globally via iOS and Android in multiple languages including English, Korean, Thai and Traditional Chinese.

New technology can detect mood from your skin