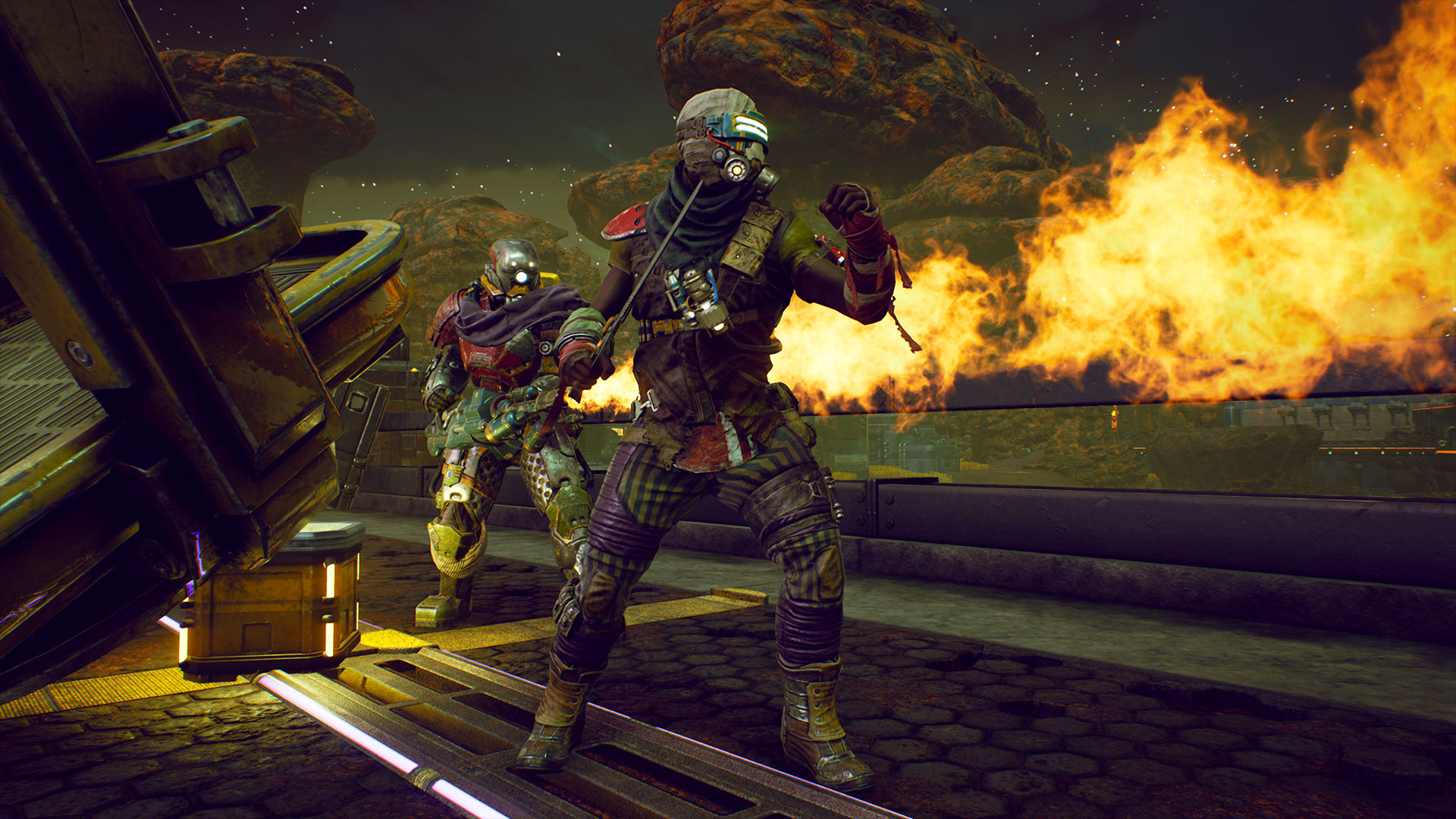 The Outer Worlds makes it difficult to turn the console off. It took a while to pinpoint exactly what makes it so more-ish. Eventually, it became clear that it’s not one aspect, but rather several facets that make this game great. We’ve separated this game into its parts.

It comes as no surprise that Obsidian Entertainment, the makers of Fallout New Vegas and Star Wars: Knights of the Fallen Empire, was behind The Outer Worlds. It blends two distinct flavours of gaming – the chaos of Fallout with the intergalactic travel from Star Wars. This makes The Outer Worlds feel familiar but fresh at the same time.

At first, the game felt similar to the Fallout RPG series, particularly Fallout New Vegas, where the player is conveniently more powerful than the other players that exist in the world into which they venture. In Fallout, worlds are generally lawless, and players must navigate their character towards the alignment or “good or bad status” they want the player to be. The plot has scenarios that only a certain type of alignment can be, whether the character is the Restorer of Faith or the Architect of Doom.

The Outer Worlds follows a similar kind of style, but replaces the wasteland with a picture of the far future. Players start off as a passenger who gets unfrozen on a ship that holds a few of Earth’s brightest minds. The main campaign goal is to help unfreeze the other passengers. Instead, players are found in a hyper-capitalist world where workers are extremely disposable. Enormous companies go by names like “Auntie Cleos” but set extremely oppressive policies to keep their workers in line. From this, one can tell that dark humour is rife throughout this game.

These kinds of immersive RPGs, naturally, pack so many side quests into their world that it’s easy to forget the player’s main objective. These side quests are very reminiscent of the Fallout series, because they feature many ways of getting the job done, whether it be fighting, convincing or sneaking. One can even have companions, which present players with even more quest lines.

Not everything is a remix of other games. Companions have a direct effect on a character’s skill set, because the main characters are not always skilled in what players need. For example, we brought along Parvati in a quest where we needed more support with engineering skills, which is a skill we neglected to level up in the main character.

There’s also the ability to have a special combat skill, which becomes very handy in situations where there are many enemies around. Of course, it not only buys players time, but delivers more damage to opponents. Some special combat skills even stun non-targeted opponents, which really helps.

Gear and perks have also been designed from scratch, and it shows. It’s far more intuitive than we’ve seen in other RPGs so far and it makes for a much better experience that saves time on upgrading gear and perks so players can actually play the game.

I’m a huge fan of the Vault-Tec Assisted Targeting System, or VATS, as Fallout players know it. The system allows players to target various limbs or parts of the opponent with precision aim, ensuring a better shot. While The Outer Worlds doesn’t use this, it features a slow-motion aiming system which can be considered an equivalent.

The travel system allows for travel from planet to planet, and they’re all distinctly mapped. While many are filled with enemies and marauders in empty wastelands, there are also major cities. The art style and careful attention to detail with the colour make this contrast distinguishable.

One of our biggest compliments is the completeness of this game. Many games have recently shipped glorified beta versions of their games because they’re pressed for time. The Outer Worlds, however, didn’t present a single bug within 20 hours of gameplay.

Overall, it’s a very enjoyable game, and fans of the Fallout, Star Wars RPGs, and Mass Effect series’ should definitely take a look at what The Outer Worlds has to offer.

How long does it take to rank in Google?